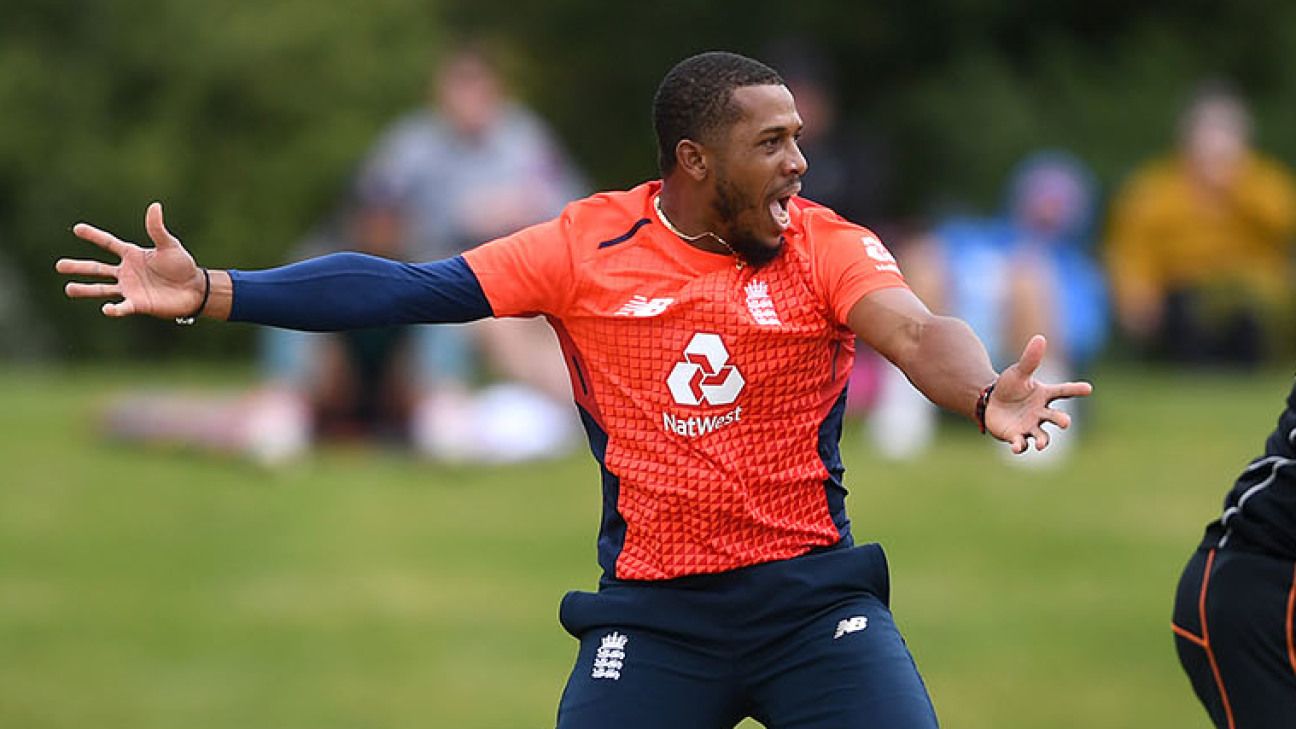 Chris Jordan hopes that England’s fringe players can give the selectors as many “headaches” as possible during their five-match T20I series against New Zealand.

With Jofra Archer, Chris Woakes and Moeen Ali among the bowling options rested from the series, there are opportunities for young seamers Saqib Mahmood, Pat Brown and Sam Curran, as well as legspinner Matt Parkinson, to prove their worth in international colours.

Anything that makes English cricket stronger makes the team stronger and it keeps everyone on top of their game,” Jordan told PA. “The more guys that we can have pushing for selection, the more headaches we can give selectors.

“We’ve added a wealth of young talent to the squad which brings in some good energy. It’s an opportunity for everyone. I’ll have to continue to improve myself and stay on top of my game.”

Jordan has underwhelmed in T20s this year, conceding more than nine runs per over in the Pakistan Super League, the Blast and the Caribbean Premier League, and insisted he is not getting ahead of himself.

“I might be considered a senior player with my experience,” he said, “but I’m always looking to learn off any player whether they’re old or young.

“I try to keep my standards as high as possible and try to give my all every day, whether it be in training or a game, so that won’t change.

“It’s nice [to be in the squad] but nothing that’s taken for granted at all.”

The upcoming series is the first step for England on the road towards the T20 World Cup in Australia next year, but Jordan said the tournament was far enough away that it was not in his thoughts.

“Obviously the World Cup is a nice, little carrot at the end of that few months but it will be one game at a time,” he said.

“If you get too far ahead of yourself, you’re not actually concentrating on what’s in front of you on the day. You can’t build those good habits and that momentum.”

Jordan took 1 for 22 from his three overs in England’s first warm-up game on Sunday, though found himself in an unfamiliar role. While Jordan is generally used as a death bowler, captain Eoin Morgan preferred Mahmood, Brown and Adil Rashid in the final four overs.