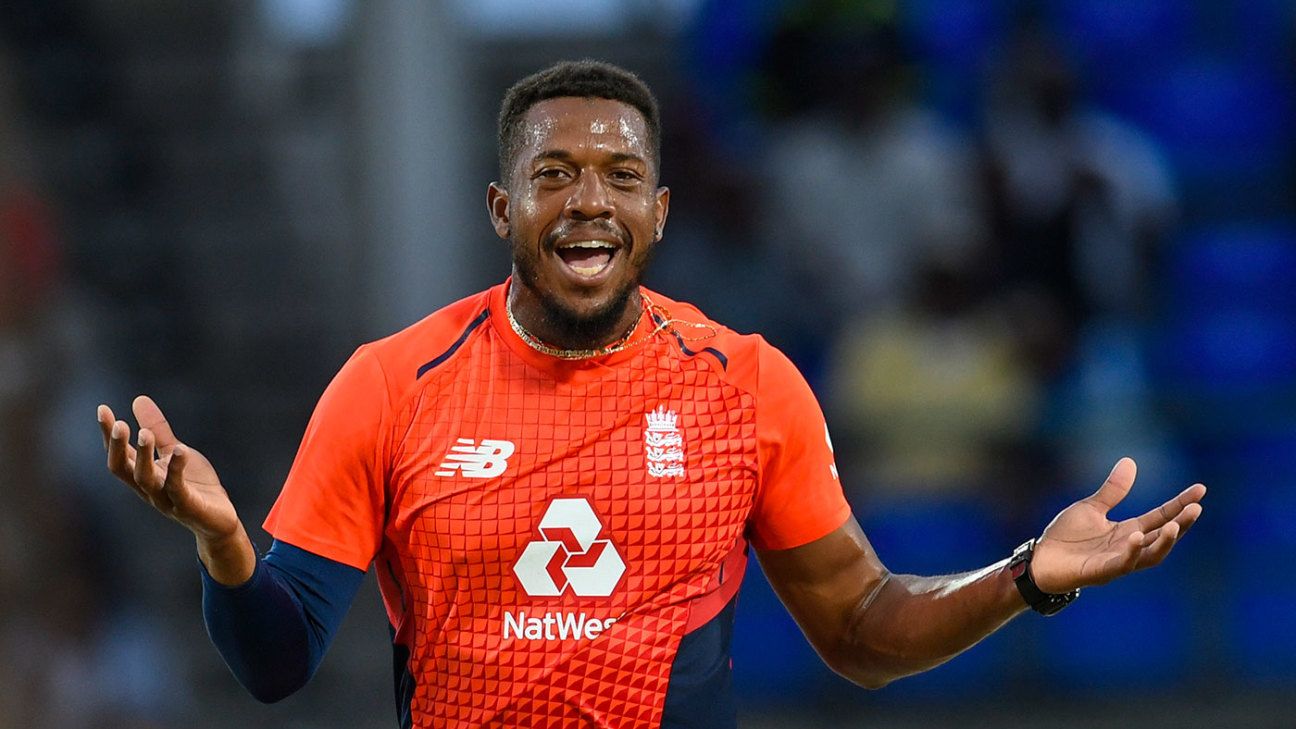 Chris Jordan knew his stunning display for England in the Caribbean was coming and he plans to draw on what got him there to give himself the best chance of winning a World Cup spot while performing with Sussex.

Player of the Series in the T20 sweep against West Indies, Jordan is keen to show more of what he can do beyond that brief but emphatic reminder, starting with Friday’s County Championship opener against Leicestershire.

“I feel in pretty good order actually and the West Indies T20s were a nice little reward because I felt like a performance like that had been building for a while, especially at that level,” Jordan said.

“I started quite early and, if I’m honest, I didn’t perform over a consistent period of time as I would have liked.

“I’ve been working so hard on my game, not only with the ball but with the bat. I’ve got so much to show with the bat and, given the opportunity, I’d like to show what I can do and put in those performances with the bat as well. Physically, technically, mentally I couldn’t feel in a much better place.”

Jordan did not have the chance to showcase his batting in the Caribbean, his services were not required in any of the three matches.

But he clearly demonstrated the benefits of a different approach to his bowling, adapting to match conditions and being unafraid to enter “Test-match mode for a two-over period in a T20 game” if required, for example.

This and a newly developed slower ball gave him the variety and control which flummoxed some of West Indies’ best batsmen and delivered figures of 2 for 16 off three overs, 4 for 6 off two and 0 for 14 off two.

“It improved my mentality, especially when put under pressure,” Jordan said. “In white-ball cricket, I sort of stripped it down and I assessed that at various times, you do require different skills and it’s about assessing conditions on the day and deciding what skills you need on the day.

“It’s just various things I’ve added to my arsenal to make me a bit calmer in the middle.”

It is nearly four years since Jordan played the last of his eight Tests and he has not played an ODI since September 2016. But, now 30, he has a plan to convert his recent T20I form elsewhere.

“It’s remembering that feel, remembering what I did to get to that performance and just being consistent with my preparation,” Jordan said.

“So sometimes that might be a goal for me at various points, just go out there and have fun because I’m not going to lose my skill overnight, my skills are in good order, so it’s a matter of putting myself in the best position to show those skills on the pitch.”

If he can show those skills consistently, Jordan hopes a World Cup call will come.

“I wouldn’t like to think that it’s far away,” he said. “But equally, I’m staying in the moment.

“Up to a month ago, I wasn’t even thinking about the World Cup squad and, naturally, as people do put in a couple of performances … there’s been a few murmurs about it, but I’m not really listening to that noise too much. I’m just trying to keep putting performances in for Sussex first and foremost and let those end results take care of themselves.”

Fellow Barbados-born allrounder and Sussex team-mate Jofra Archer is another about whom World Cup murmurs are reaching a crescendo now that he is qualified, at the age of 24, to play for England.

And while some have questioned the wisdom of upsetting an established England line-up by introducing a somewhat untried prospect, Jordan sees nothing but positives in selecting Archer.

“Anyone of Jofra’s calibre, anyone of his quality, you should be talking about him because his talent alone speaks for itself,” Jordan said. “He can bat, he can bowl, he can field and he can do all of them to a very, very high level.

“The talk about him playing in the World Cup is not surprising. In the IPL now he’s still continuing those performances and he’s done it for a few years now. It’s not just been one performance here and there, it’s been consistent high quality performances over a period of time now.

“I don’t think he’s thinking about it too much either, I think he’s just getting on with what’s in front of him at the minute as well and if he does get the call he’ll be a massive, massive asset to England.

“It’s one more 90-mile-an-hour bowler you’ll have in the team, a good death bowler, a good death hitter, I can’t see him doing anything but adding quality, adding value to the team.”

Sussex fans may fear losing one or both to England duty, but coach Jason Gillespie believes “you have to have a positive attitude”.

“We’re kind of at the mercy of the England selectors at the moment and that’s fine,” Gillespie said. “My overriding emotion is that I’d love to see these guys represent their country, play for England.

“Of course we’d like them to play as many games for Sussex as possible, but if they don’t it means they’re representing England, so that for me is a positive as well and it just means that another Sussex cricketer will be afforded the opportunity to play for our county.”