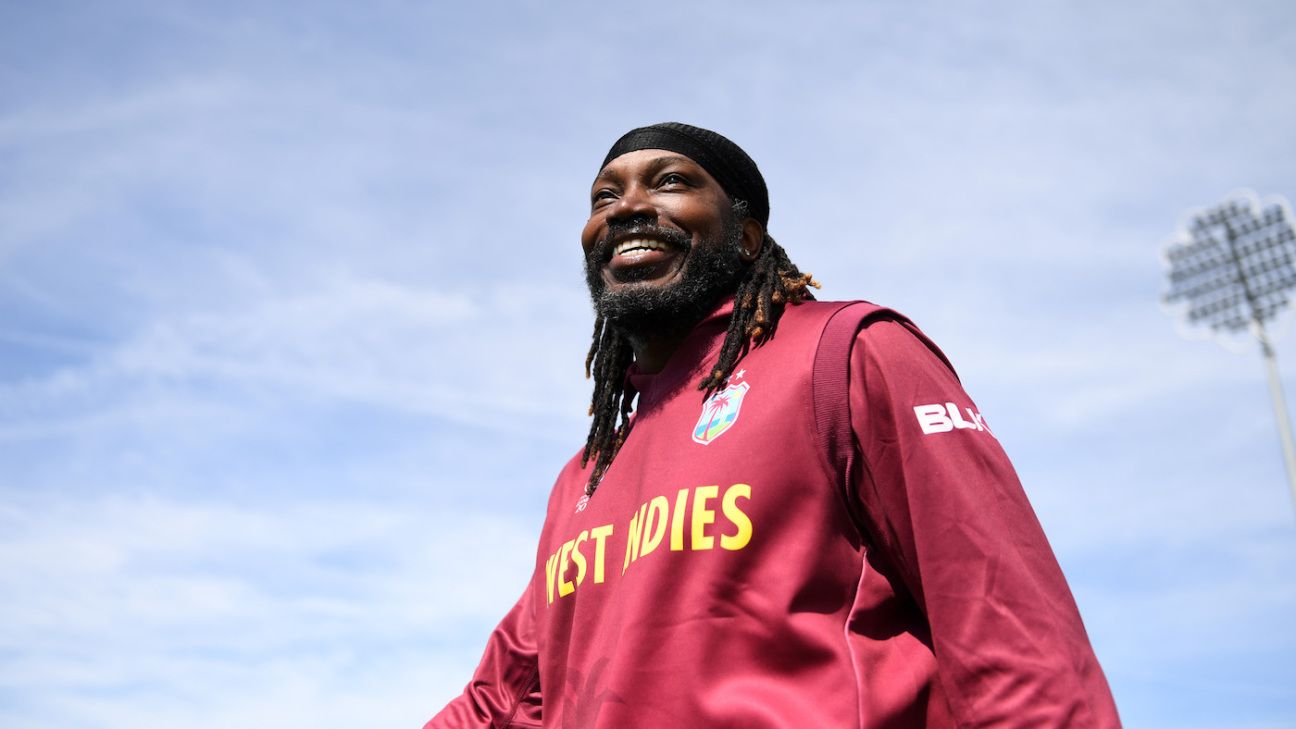 BPL side Chattogram Challengers expect Chris Gayle to be available for them after he recovers from a hamstring injury. Gayle is likely to play in the BPL after January 4, after which Chattogram will have three league phase matches remaining.

“Chris Gayle has a hamstring niggle,” Chattogram’s managing director KM Rifatuzzaman, said. “He will need a bit of time to be completely fit. He was always going to play in the BPL and even though we will not have him for the entire campaign, he will be available in the latter part.”

Chattogram had picked Gayle at the BPL draft on November 17, but exactly a week later, at a press conference in South Africa, Gayle had claimed that he wasn’t aware of it.

Three days later, with Chattogram unsure of Gayle’s arrival, BCB CEO Nizamuddin Chowdhury confirmed that the board had followed the correct procedure and that Gayle had indeed signed on for the draft. And now that his team has confirmed his participation, Gayle is likely to turn up for Chattogram if he is fit in time.

Gayle has played in every season of the BPL, appearing for five teams including Rangpur Riders for whom he played in the last two seasons. He has scored the most hundreds in the tournament’s history, including a devastating unbeaten 146 against Dhaka Dynamites in the 2017 final.

Although Gayle has made no further comments on his BPL commitments since his Mzansi Super League exit, his agent in the Indian sub-continent (except IPL), Rudradeep Banerjee, has confirmed that he has agreed to travel to Bangladesh in January. Banerjee, who represents Second Innings Sports and Entertainment, said Gayle was aware of joining Chattogram in the BPL draft, but subsequent events had cast doubts over whether he would play in the tournament.

“In the MSL he picked up a niggle for which his doctor has advised him rest of at least two weeks,” Banerjee told ESPNcricinfo.

Gayle, according to Banerjee, had also made it clear to the franchise that he would be “taking a break” during the Christmas-New Year period to spend time with his family. “That kind of puts him out for December. He would be free for maybe a game or two, but then to fly in to Dhaka and back to West Indies doesn’t make sense.”

Banerjee said “an arrangement” has been reached with Chattogram for Gayle to “come and play [BPL]” from January 4. “If he would have been fit he would have played the first leg, would have gone home on December 23 and come back again on January 4.”