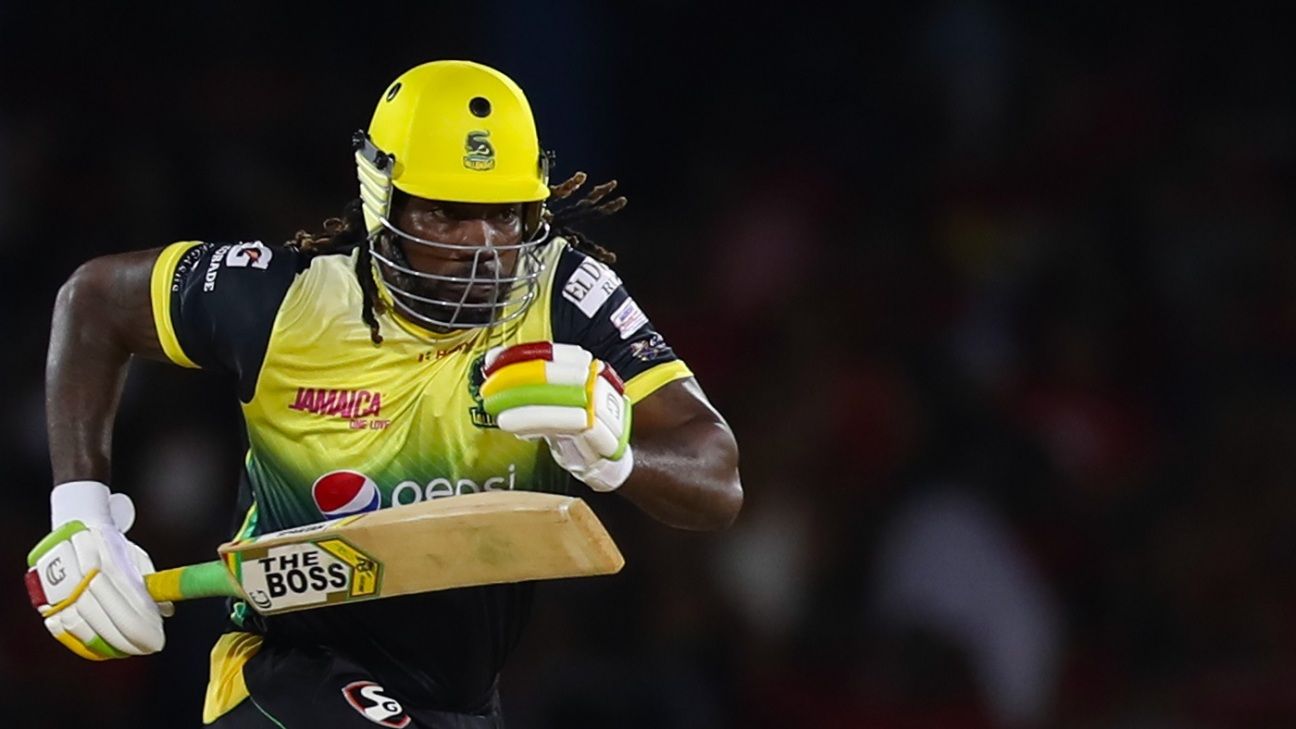 Chris Gayle is not contemplating his future. He is planning it instead. Part of that plan is taking a “break” from cricket for the rest of 2019. Gayle will miss the ODIs against India in December after the selectors checked on his availability for the three-match series. Gayle will instead utilise the time to “recharge” and “reflect” on what he really wants in 2020.

On Sunday, on his way out of the MSL where he was playing for defending champions Jozi Stars. Gayle opened up on the “burden” he feels when he does not perform. Gayle’s comments came in the wake of poor returns in this MSL: 101 runs from 6 innings including 54 on Sunday against Tswhane Spartans.

Gayle made it evident that he was hurt by the constant scrutiny not just from the media but also from franchise, owners, team managements, coaches and players. But he is not giving up, Gayle made it clear that he wanted to sort things out and return in 2020 with a clear mind.

That is what he told the West Indies selection panel which is headed by former allrounder Roger Harper. It is understood the squads for the India series comprising three T20s and three ODIs, have been finalised and will likely be announced this week by Cricket West Indies (CWI).

It is also understood that when the selectors checked with Gayle on his availability for the ODI series in India, he shared with them his thoughts about the break. “West Indies called me to play ODIs, but I am not going to play,” Gayle said on Sunday during the media briefing after the Stars’ defeat. “They (selectors) want me to play with the youngsters but for this year I am going to take a break.”

It could not be confirmed whether Gayle is part of the T20 World Cup plans where West Indies are the defending champions. But both Harper’s panel and the team management comprising head coach Phil Simmons and Kieron Pollard, the ODI and T20 captain have stressed that the door is open to all players including the seniors like Gayle.

Speaking to ESPNcricinfo recently at the T10 tournament, Pollard said he was excited to have Gayle around him because of the “wealth of knowledge” the Jamaican has accrued from over more than two decades of playing across formats. “You have Chris Gayle who is still playing T20 cricket around the world,” Pollard said. “He has a wealth of knowledge and experience in the T20 arena, 50-over, in Test cricket, so he can share a lot of that.”

Gayle, who turned 40 in September, last played for West Indies in the home ODI series against India in August. Everything about that match had a farewell feel to it.

Gayle had blasted 72 off 41 balls, helping West Indies record the highest 10-over score ever for a team batting first. The innings ended abruptly, but he walked off to a standing ovation from not just the sparsely filled Queen’s Park Oval in Port-of-Spain but also Virat Kohli’s India. Gayle, who had surpassed Brian Lara during the series to become the top ODI run-maker for West Indies, acknowledged the adulation by carrying his helmet atop his bat handle. He would lead the West Indies players out to the park later in the day to what everyone thought was one last time.

Minutes later he was asked by the CWI media manager if he had retired from ODI cricket. “I didn’t announce any retirement,” Gayle said with a chuckle and when asked to elaborate, added “until you hear further notice.”

With Gayle surprises never cease to end. In March, having waltzed to the fastest half-century by a West Indies batsman, he declared it would be his last ODI series in the Caribbean. In February he had already pointed out the ODI World Cup would be his final tournament. Except, on the eve of West Indies’ last match in that tournament, Gayle said he would like to play against India at home.

He had another opportunity to play India, this time away, but he has it turned down because he feels he needs the time away from the game as he seeks clarity about his future.

“I’m going to recharge my batteries and think ahead in life and try and plan it better and keep the people who are more real around you,” Gayle said on Sunday. “There’s a lot of things I am going to analyse. You never stop learning. Doesnt matter how long I have been playing. There’s a lot of things for me to give back. 2020 is just around the corner. I will use now and next month to reflect on what I really want for 2020.”

West Indies’ next limited-overs assignment is the home series against Ireland in January comprising three ODis and three T20Is.