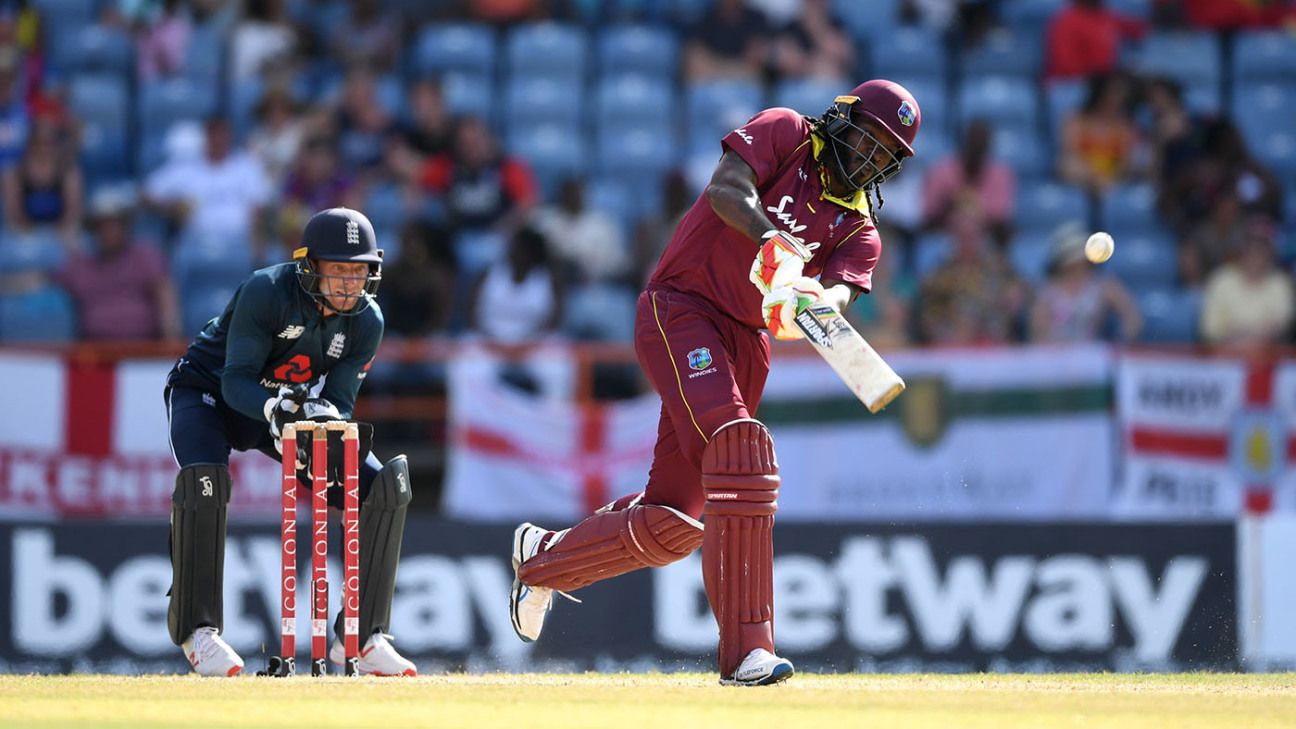 Chris Gayle never was the retiring sort, really. And so much did he enjoy the run-soaked ODI in Grenada that he confessed afterwards he just might be rethinking his decision to retire from the format at the end of the World Cup.

Gayle struck 14 sixes in his innings of 162 – the second-highest score of his ODI career – on the way to leading West Indies to their highest total in this form of the game. It was his second century of a series in which he has now amassed 347 runs from three innings at an average of 115.66 and a strike rate of 120.06. During the innings he became the 14th man, and second from the Caribbean after Brian Lara, to reach the milestone of 10,000 ODI runs.

As a consequence, he has proved to himself he still has the ability to contribute at this level. So while it is only 10 days since Gayle announced he intended to retire after the tournament, he has suggested that, if he were able to regain some fitness, he could decide to extend his career.

“I think this is one of the most entertaining games I’ve ever played in,” Gayle said. “It was a fantastic game of cricket.

“I’ve been playing a lot of T20 cricket so it’s always going to be a difficult coming back into 50 over cricket. But eventually the body gets accustomed to the 50-over format.

“I just have to work on the body and then maybe you can see a bit more Chris Gayle, maybe. Things change quickly. Hopefully the body can change in the next couple of months and we can see what happens.

“To get the 10,000 run milestone is a great feeling. I’ve done it in T20 as well. It’s a fantastic achievement from my point of view. Doing it for West Indies as well, that makes it even more superb.

While Gayle enjoyed the game, he felt West Indies could have won if they had played “a bit smarter”. They allowed England to put on a century opening stand and then plunder 154 from the final ten overs, then fell away with the bat from a position of strength at 220 for 2.

“We didn’t utilise that new ball well,” Gayle said, referring to England’s opening stand of 100 within 14 overs. “If we had we would have been chasing 380.

“I’m sure the team are all disappointed. I can see the expression on their faces. It’s a learning process for the young players. If they do things differently they could have won. So it’s good to see that body language when you lose. When that situation comes again I’m sure it will be totally different.”