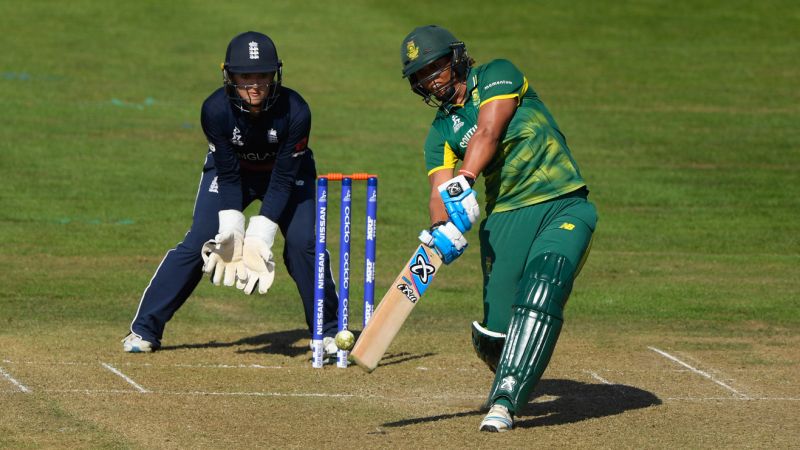 Allrounder Chloe Tryon has been ruled out of the T20I series starting Friday against Sri Lanka after the re-occurrence of a groin injury. It is hoped that Tryon, who is the vice-captain, will recover in time to return for the ODI series starting on 11 February in Potchefstroom.

Tryon’s absence has given Suné Luus a lifeline who has been recalled to the team after she was dropped from the original squad. She rejoins a squad that is playing the three-match series as a televised double-header alongside the men’s games against Pakistan starting this Friday at Newlands.

Tryon, 25, has played 52 T20Is for South Africa, in which she has struck the ball at 137.86. Captain Dane van Niekerk said that her team would miss Tryon’s big-hitting ability, but she hoped the youngsters being trialled in South Africa’s top order would step in to fill the gap.

“It’s a massive blow,” van Niekerk said. “We know how explosive she’s been, and she can hit the ball as far as anyone in the world at the moment. It is a massive blow, but it’s also an opportunity for us, for people within the side to stick up their hands and put some pressure on Chloe as well – to say ‘hey, I can do this job’. We’ve got some powerful hitters – that’s one thing we pride ourselves on, that we’ve got some big hitters, some of the biggest in the world.”

Faye Tunnicliffe, Tazmin Brits, Nadine de Klerk and Lara Goodall were drafted into the set-up for the three T20Is against Sri Lanka. Saarah Smith also makes a return after recovering from a fractured finger suffered during the World T20.

“[Tryon’s absence] doesn’t change things a lot, because we have a lot of batting power within the side, and with the youngsters coming in I’m really excited to see what they do,” van Niekerk said.