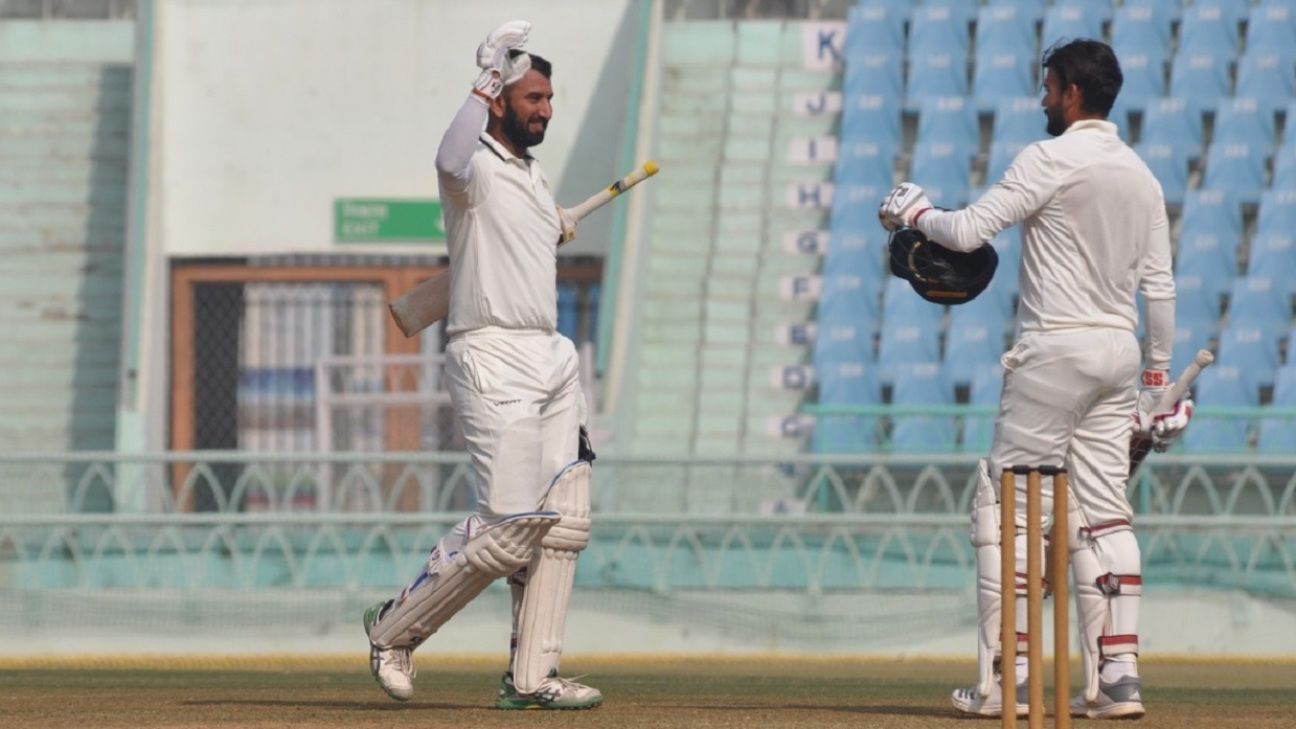 Saurashtra completed their chase on day five of the Ranji Trophy semi-final against Karnataka with minimal drama, to set up a title bout against defending champions Vidarbha. Cheteshwar Pujara remained unbeaten on 131 to take them home, after Sheldon Jackson had fallen early in the session but not before completing his 15th first-class century. Saurashtra made the highest total across the game’s four innings to secure victory, after being 23 for 3.