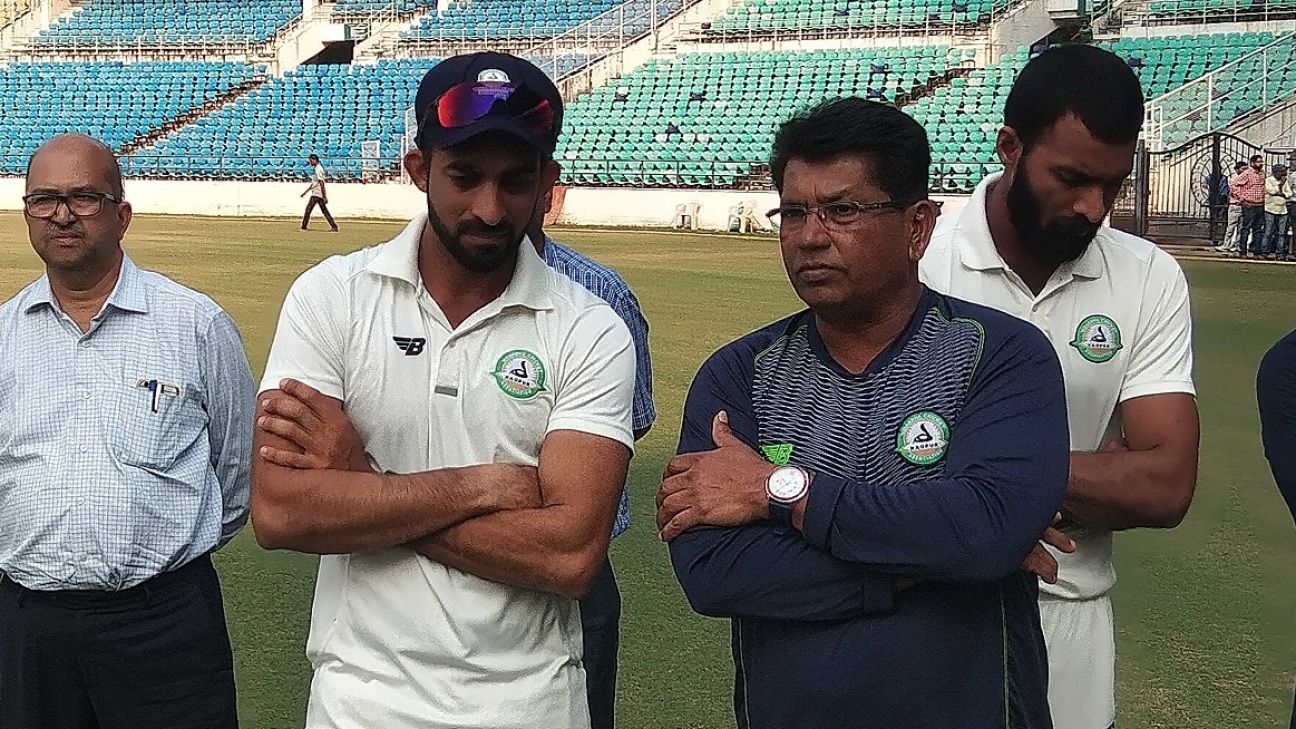 Character, that’s the word used by Vidarbha captain Faiz Fazal to describe his team’s attitude after they beat Rest of India on first innings lead in Nagpur to become only the third Ranji Trophy winners to also defend their Irani Cup title.

Speaking to the media after their triumph over an RoI side that had three current Indian Test players in Ajinkya Rahane, Mayank Agarwal and Hanuma Vihari – and a middle order comprising of Shreyas Iyer and Ishan Kishan – Fazal said it’s that ‘character’ which has defined the team’s success over the past two seasons in domestic cricket. He also said that the way the team’s younger batsmen played in the fourth innings, was a performance beyond their years.

“The target they had set was a sporting total,” Fazal said. “But the way we played, the way we approached the innings was credible. The boys showed their character.

“It was important to show the character because such targets in such wickets is not easy. The way we approached the game was very good. I was out for a duck yesterday, so I think the way the youngsters adapted around Satish Ganesh, who played really nice innings was commendable.

“R Sanjay played nicely, as did Atharwa Taide. They played a very matured innings. We need players in the team who show character. That’s how you build teams. That’s the reason why we are so consistent for last two years.”

The game ended before the scheduled close of play, when the two teams mutually agreed on a draw with Vidarbha only 11 runs away from an outright victory. The decision surprised people in some corners. Fazal, however, defended his decision to end the game at that stage.

“You’re right, we could’ve gone for the win, but it’s more important to lift the trophy,” Fazal said. ” But actually we were waiting for Ganesh’s 100. Unfortunately, it did not happen.

“The wicket was turning, so maybe a new batsman would’ve gone out trying to go for those 11 runs, and our innings would’ve been spoilt. That said, we weren’t thinking negatively, but we were already satisfied having secured the cup by that stage.”

Fazal also heaped praise on Vihari – who became the first batsman to hit hundreds in three consecutive Irani Cup innings’ – and Rahane, whose 229-run partnership with Vihari on the fourth day gave RoI an outside chance of winning the contest. He said that the way the two senior India batsmen played in that situation was a tutorial for Vidarbha’s batsmen.

“Hats off to those guys. To be 30-40 [46] for 2 and then the way they made a comeback and the kind of innings they played, it was like a schooling for us,” Fazal said. “It was a learning process for us. They played extremely well. The technique with which they batted, they played very straight – no risk. I think we learnt a lot and that showed in our innings.”

Fazal, however, said that there were still areas where Vidarbha could improve, come next season, especially in the batting department, but commended the sole centurion from his team, Akshay Karnewar for his effort. His 102 in the first-innings helped Vidarbha reach 425 in response to RoI’s 330 in the first innings.

“There are a lot of areas we still need to work hard, like we need to get big scores like Hanuma got in both the innings, the way even Ajinkya played,” Fazal said. “Karnewar, the way he played in the first innings is a top innings from him and I think that’s why he got the Man of the Match as well. I think there are a lot of areas to work, and we will be working on it.