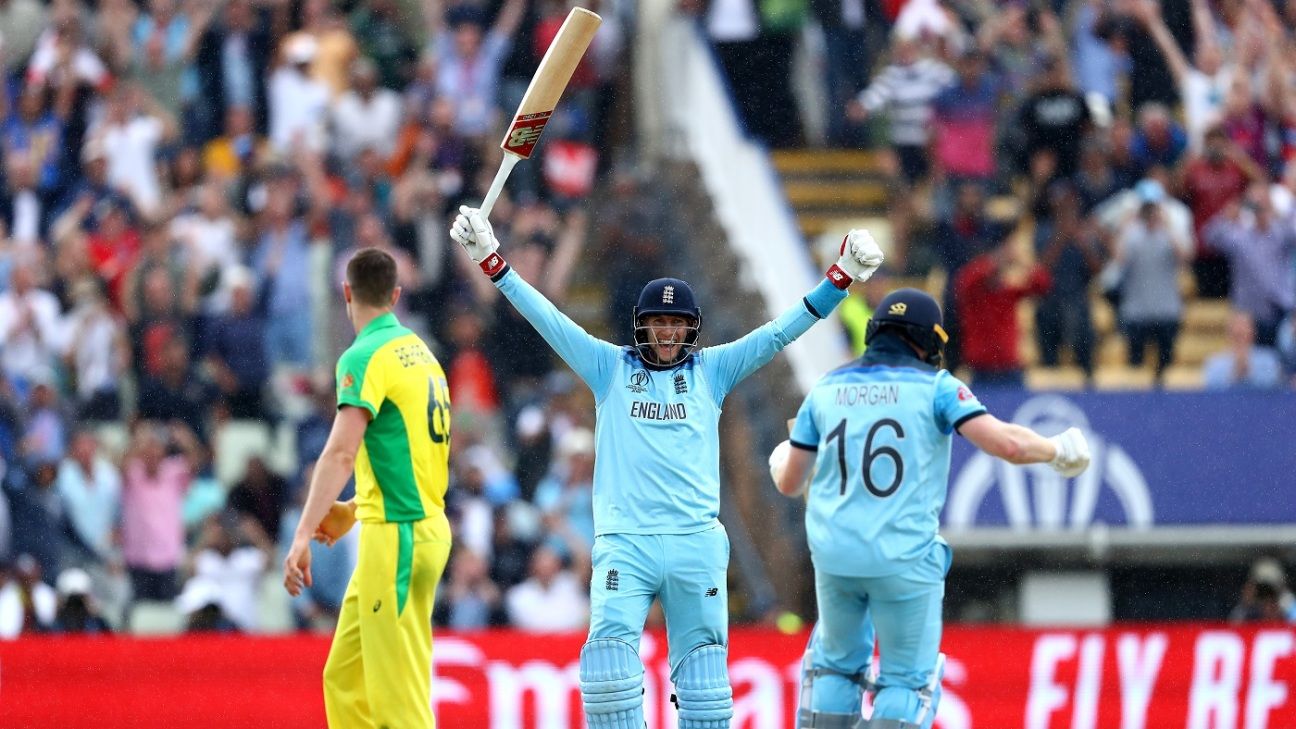 The first appearance by the England men’s cricket team in a World Cup final since 1992 will be shown on free-to-air TV in the UK. Sky and Channel 4 announced an agreement to share live coverage following England’s victory over Australia at Edgbaston.

The subject of the World Cup’s visibility has been much discussed, with the tournament being broadcast behind a paywall in its host country. However, Sky had previously indicated it would be willing to share the feed if England beat Australia in their semi-final at Edgbaston.

Sunday’s final at Lord’s will also be broadcast free-to-air on Prime TV in New Zealand. Kane Williamson’s side shocked India in the first semi-final, which was concluded on Wednesday after rain forced the game into a reserve day.

Channel 4 has been showing highlights of the competition in the UK, and will now broadcast the final – while managing to also fit in coverage of the Formula One British Grand Prix. Cricket coverage will begin at 9am BST on Channel 4, move to More 4 at 1.15pm while the Grand Prix is on, and then return after the race is over.

England’s last appearance in the cricket World Cup final came in 1992, when they lost to Pakistan. They have never won the tournament but were one of the favourites this time around having risen to the No. 1 ODI ranking under Eoin Morgan’s captaincy.

“This is fantastic news for cricket fans and the nation,” Channel 4 CEO Alex Mahon said. “This Sunday is a massive day for British sport with England tantalisingly close to lifting the Cricket World Cup for the first time and Lewis Hamilton setting his sights on his seventh season win at Silverstone – all live on Channel 4.

“The big winners of this strong partnership between Channel 4 and Sky are sports fans and viewers who want to come together for these big sporting occasions.”

Cricket has largely been absent from free-to-air TV in the UK since 2005, with some blaming the ECB’s decision to sell the rights to Sky for recent declines in participation.

“England in the Final on home soil is a huge moment for sport in this country and we are proud to be the host broadcaster,” Sky UK and Ireland Chief Executive Stephen van Rooyen said. “Thanks to our strong relationship with Channel 4, we are partnering to make the game available to everyone, so the whole country can get behind England, and be part of a special national sporting event.”

As well as showing the game on its sports channels, Sky will broadcast the World Cup final on Sky One.