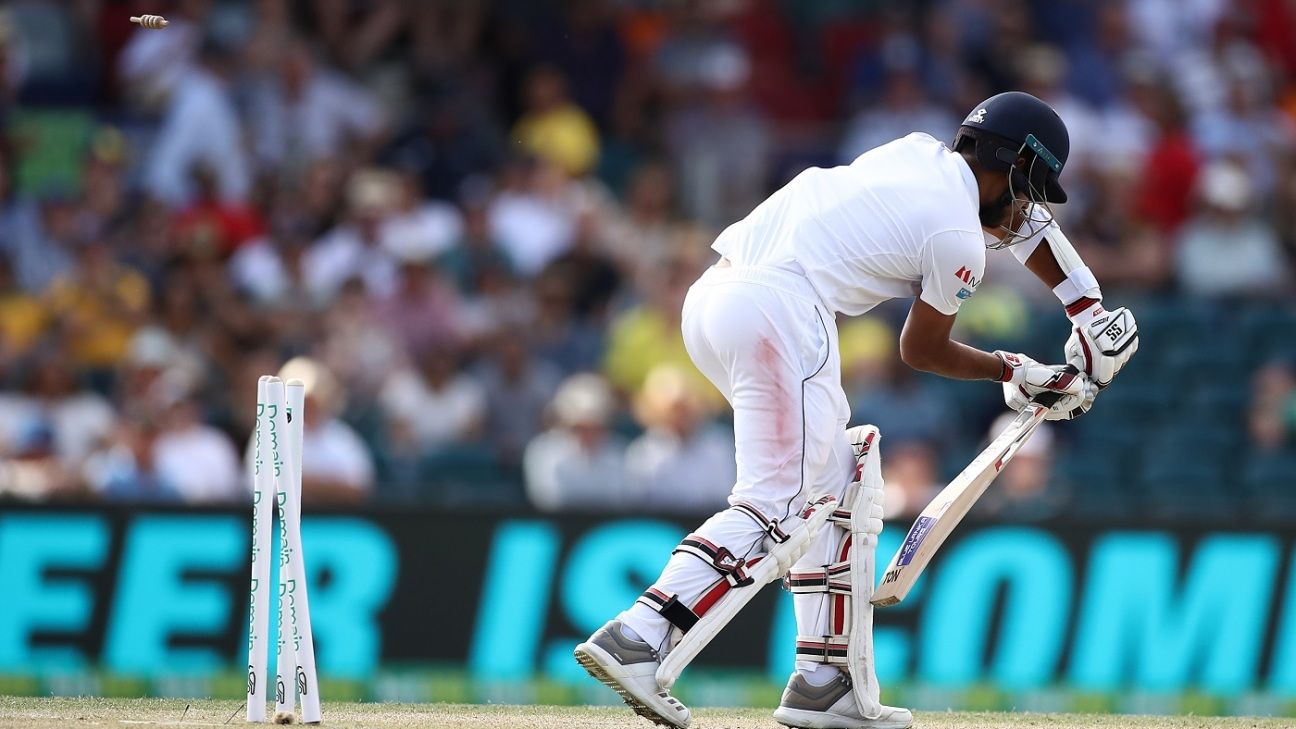 Dinesh Chandimal, the Sri Lanka captain, has urged his players to work harder during the next leg of their three-country tour in South Africa. He could only name a single positive – slip fielding – in their performances against Australia after losing the second Test by 366 runs.

The two Test defeats in Australia follow a 1-0 loss to New Zealand in a two-Test series and defeats in all four limited-overs matches on that tour. While Sri Lanka have been plagued by an injury list that includes Angelo Mathews and four of their first choice fast bowlers, Chandimal admitted to concerns about the form of the batsmen.

Sri Lanka must now regroup for their stint in South Africa, which comprises two Tests, five ODIs and three T20s.

“We were outplayed as a team in all three departments,” said Chandimal. “Credit goes to Australia, they have played some outstanding cricket throughout the series. They deserved to win like this.

“We just need to work harder than what we are doing. It’s always tough playing in Australia against a good bowling attack but we all know before we come here it’s always challenging. As a batting unit we have to step up. That’s the one area we have concern. I’m sure the boys will come good in South Africa.

“The only positive is the slip catching for our fast bowlers and that’s one positive we can take from this series. I don’t want to talk about the negatives and sure the boys we can learn from it and come good in South Africa.”

Chandimal has had a challenging tour personally with scores of 5, 0, 15 and 4. But he remains optimistic that hard work will pay off in South Africa, despite being disappointed by his own form in Australia.

“This is our transition period and now as a team and players we have to step up. In our young group [only] some of the players have played more than 30 Test matches so they are still young and in the international arena are really experienced. Now this is the time to face your game and play for your team. We couldn’t get the best combination because of the injuries.”

While Sri Lanka have had to deal with a swag of injuries, including two of their batsmen – Kusal Perera and Dimuth Karunaratne – retiring hurt after being struck by bouncers in Canberra, there have also been off-field rumblings in the form of a public spat between ODI allrounder, Thisera Perera and the wife of ODI captain Lasith Malinga. In addition the coach, Chandika Hathurusingha, was dumped as an on-tour selector before the second Test. Chandimal backed the team management’s handling of the situations.

“They put their heart and soul and they give good advice,” he said. “You can’t control what happens back home and just control what you can control. That’s one area we are focusing on as a team.”