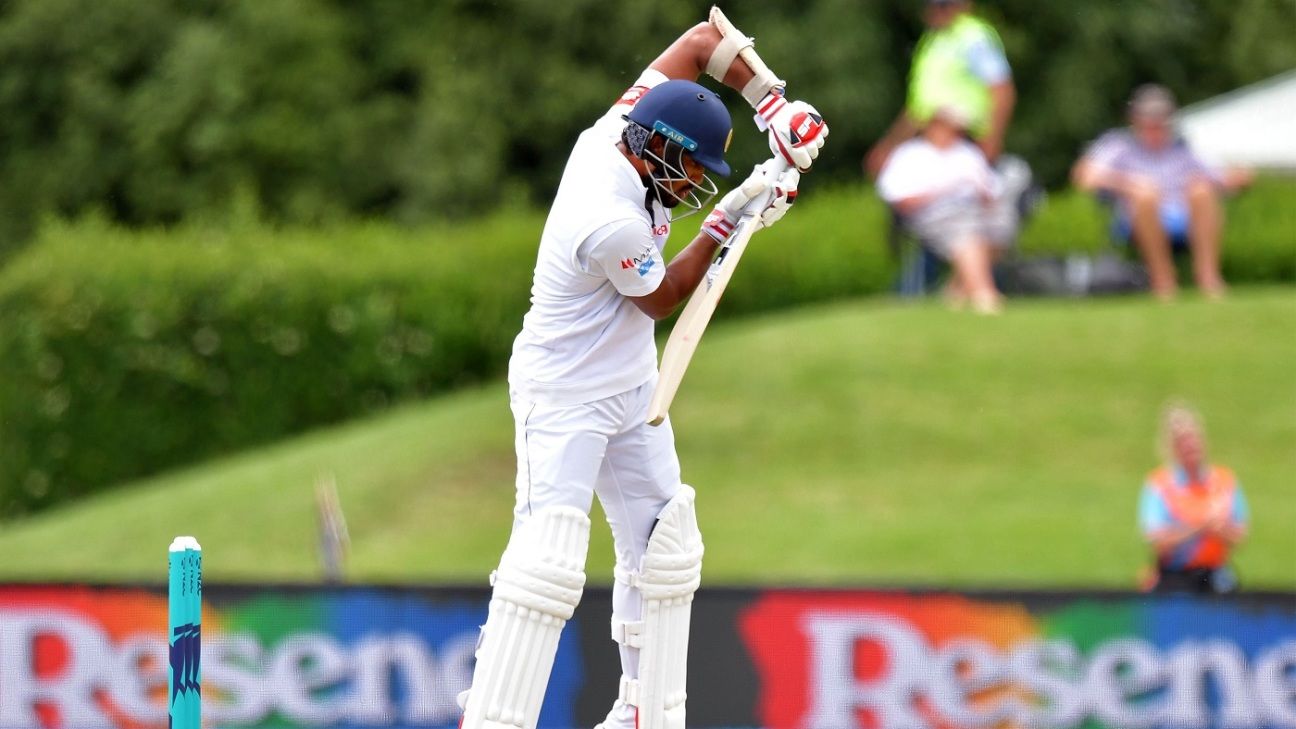 Sri Lanka captain Dinesh Chandimal rued the first-innings mistakes in Christchurch that had allowed New Zealand to build an advantage and set the tone for the game, but in reflecting on Sri Lanka’s Test year, suggested there were some promising signs.

Sri Lanka have lost four of their last five Tests, but had won away series against Bangladesh and West Indies, as well as a home series against South Africa, through the course of 2018. There have also been key individual performances. Lead spinner Dilruwan Perera was the year’s second-most prolific bowler, with 50 wickets at 29.32. Opener Dimuth Karunaratne had another strong year, averaging 46.43 to finish sixth on the run-scorers’ list, despite having played only 17 innings in 2018.

Chief among Sri Lanka’s individual achievements, however, was Kusal Mendis’ 1023 Test runs. His tally is second only to that of Virat Kohli in 2018. No younger player has had a four-digit Test year since AB de Villiers in 2005.

“He thinks a lot about his game off the field from day to day, and he’s a player with a big future,” Chandimal said of Mendis. “I’ve congratulated him on getting to 1000 runs, and that he did it at such a young age. That’s a big achievement. I hope he can play just as well going forward.

“I think overall the Test team has done pretty well this year. The major regret is that we weren’t able to take the chances that we had to turn that England series around. But as a captain I’m really happy about the style of cricket we played this year. There are big areas for improvement. We need to change those things and make sure the coming year is a good one.”

One of the batting positions Sri Lanka have found unproductive in 2013 is the No. 3 spot, with various batsmen occupying the position through the year. Dhananjaya de Silva had somewhat unsuccessfully batted at No. 3 through the England series, and in the first Test against New Zealand, before he was dropped from the XI and Chandimal assumed the role. The new year may see Chandimal stay in that position, for the coming tours of Australia and South Africa.

I had actually been planning to bat at No. 3 in that series, but because of the injury I picked up I wasn’t able to bat higher than six in the first Test against England in Galle,” Chandimal said. “When I came back into the team, I didn’t want to make anyone change the places they were already batting in. That’s why in the first match I batted down at No. 6. But when Dhananjaya wasn’t able to get back amongst the runs, I thought I really needed to challenge myself and bat at No. 3. We’ve got two big Test series coming up, and you’ll probably see me at No. 3.”

In New Zealand, Sri Lanka have also struggled to find a penetrative third seamer to support Suranga Lakmal and Lahiru Kumara. Kasun Rajitha had gone wicketless in the Wellington Test, and Dushmantha Chameera claimed just one wicket in Christchurch.

“Kasun and Dushmantha haven’t been able to play Tests much recently, whereas Suranga and Lahiru have had a few more opportunities and have a bit more of that experience,” Chandimal said. “Kasun was playing his first Test in New Zealand, and he’s got things he can improve. He’s a very good bowler. Dushmantha wasn’t able to get wickets on this tour, but in the last New Zealand tour he had got wickets so we had that faith in him. When a pitch is good for batting, we need to learn a little bit more on how we can bowl better on those pitches, and that’s something you get with experience.”