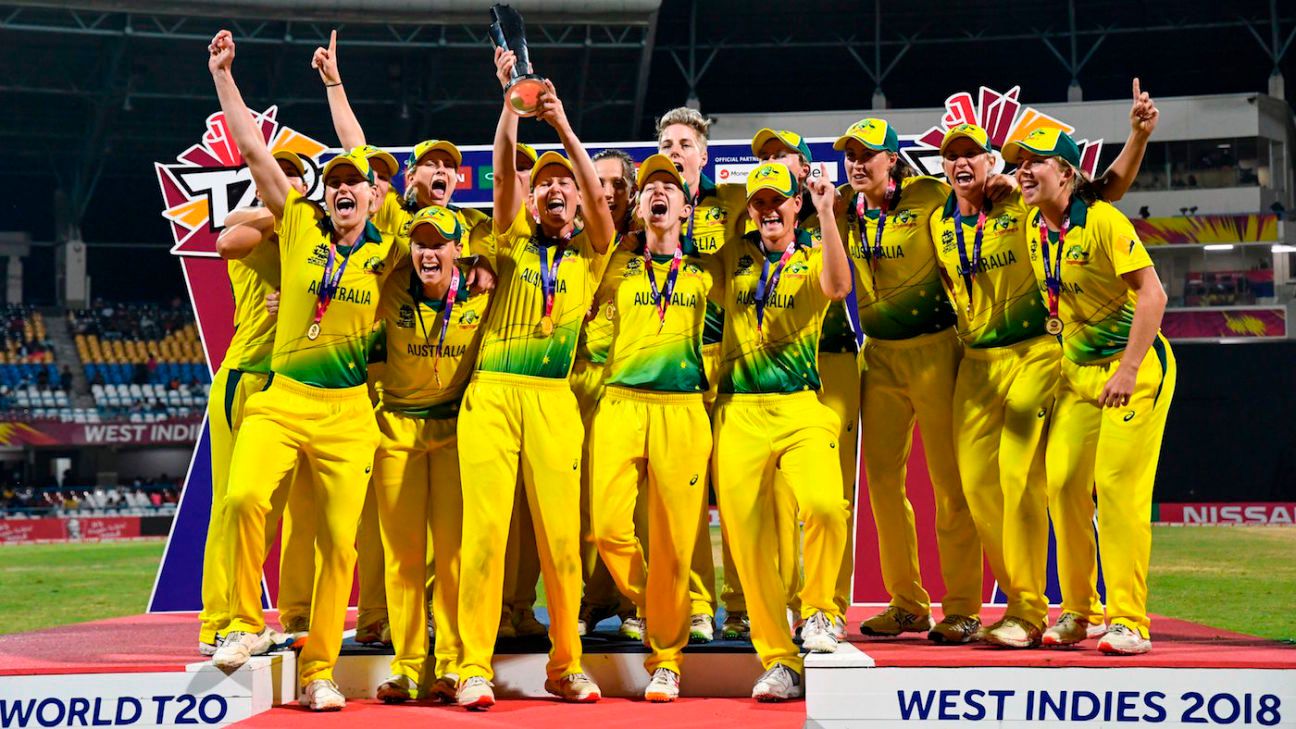 Australia will begin the defence of their T20 World Cup title against India and also face Trans-Tasman rivals New Zealand in a tournament hoping to conclude with a record crowd for a women’s sporting event at the MCG on March 8, 2020.

The current record for a women’s fixture in any sport is the 90,185 who attended the 1999 women’s football World Cup final between the USA and Chile. The 2020 T20 final will be held on International Women’s Day.

They will face India at the Sydney Showgrounds on February 21, followed by matches against Sri Lanka, a qualifier and New Zealand in Group A.

Group B features England, South Africa, West Indies, Pakistan and the other yet to be confirmed qualifying team.

The tournament will be played in Sydney, Melbourne, Canberra and Perth with the SCG hosting both semi-finals on March 5.

The Women’s T20 World Cup – the second to be a separate event following last year’s tournament in West Indies – will follow on from the first standalone Women’s Big Bash which will be played in October and November this year. Last week’s WBBL final between Sydney Sixers and Brisbane Heat was played in front of a sellout crowd of more than 5000 at Sydney’s Drummoyne Oval.