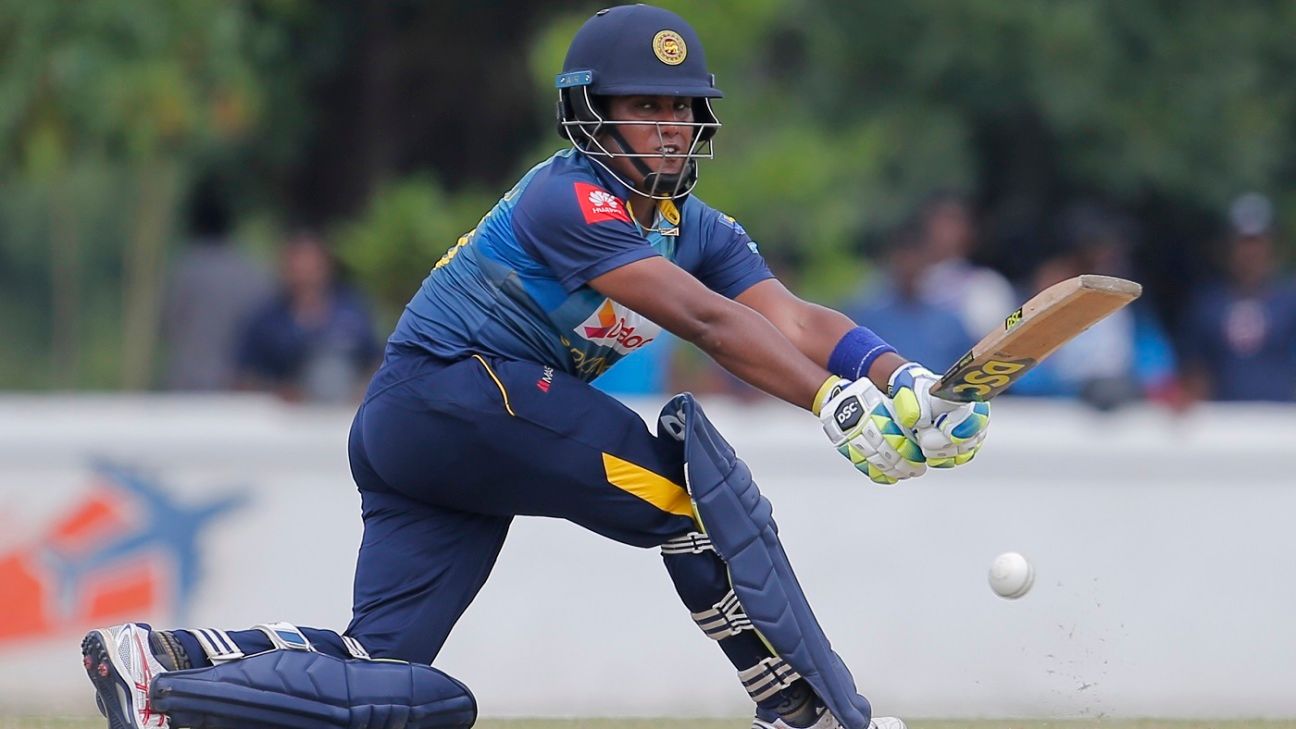 Sri Lanka T20I captain Chamari Atapattu will encourage her team to take a positive approach against Australia and not be overawed by the challenge of facing such a powerful side on their home turf.

The three-match series begins at North Sydney Oval on Sunday with the form book suggesting that the matches will be one-sided affairs with Australia pulling away at the top of tree in the women’s game after a 12-month period that has seen them win the T20 World Cup, beat New Zealand, retain the Ashes convincingly and, most recently, go unbeaten in the Caribbean.

But Atapattu has a simple message for her players: “I always told my girls, play freely, play positive.”

“We all know Australia are the best team in the world, they’ve beaten England in the Ashes and West Indies in their home,” she pointed out. “We will try to play to our potential and play our normal game. Our preparation has been really good in Sri Lanka, we have good players, some experience and some new players. If we play our normal, free game we have a chance.”

There is a bigger picture, too, for Sri Lanka with this tour offering valuable preparation ahead of next year’s T20 World Cup in Australia. Sri Lanka are in a tough group for that tournament alongside the hosts, India, New Zealand and Bangladesh.

“This tour is very important for us because of the T20 World Cup in February so it’s good preparation, playing the best team in the world in their home conditions,” Atapattu said. “We have brought a couple of players to try before the T20 World Cup so it’s a good opportunity for us.”

Atapattu, along with the experienced Shashikala Siriwardene, who takes over the captaincy for the ODIs which follow in Brisbane, will be key in the batting with Atapattu also picking out 21-year-old Harshitha Madavi as a batsman to watch. “The T20 format is very open. We have a good batting unit. I’ve played KSL, Big Bash and IPL overseas in this format so have good experience so I share my knowledge with our batters,” Atapattu added.

The last time these two sides met was during the 2017 World Cup in England when Atapattu scored a brilliant 178 – an innings which she said “changed my life” – and this is only the second bilateral series between the teams following Australia’s 2016 tour.

Australia’s vice-captain Rachael Haynes admitted that there is an element of the unknown that they have to deal with. “We don’t play a lot of cricket against Sri Lanka so to have a standalone series is unique in its own respect,” she said. “The last time we played them was a couple of years ago at the World Cup where Atapattu got a pretty decent hundred against us, so we won’t be underestimating them at all.”

There is a strong chance that every player in Australia’s squad will be given an outing during the three matches with an eye on next year’s T20 World Cup. That would mean a debut for Heather Graham, who took 3 for 17 for the Cricket Australia XI in Sri Lanka’s warm-up match on Friday which the Sri Lankans won in a Super Over.

“The team showed their hand a little with that in series gone by [against West Indies] and it’s good to see players like Erin Burns get an opportunity,” Haynes said. “Heather Graham was unlucky to miss out in the Caribbean. Given there is a World Cup coming up, without getting too far ahead of ourselves potentially there will be opportunities for players to play different roles at different stages. That’s exciting for our team.”