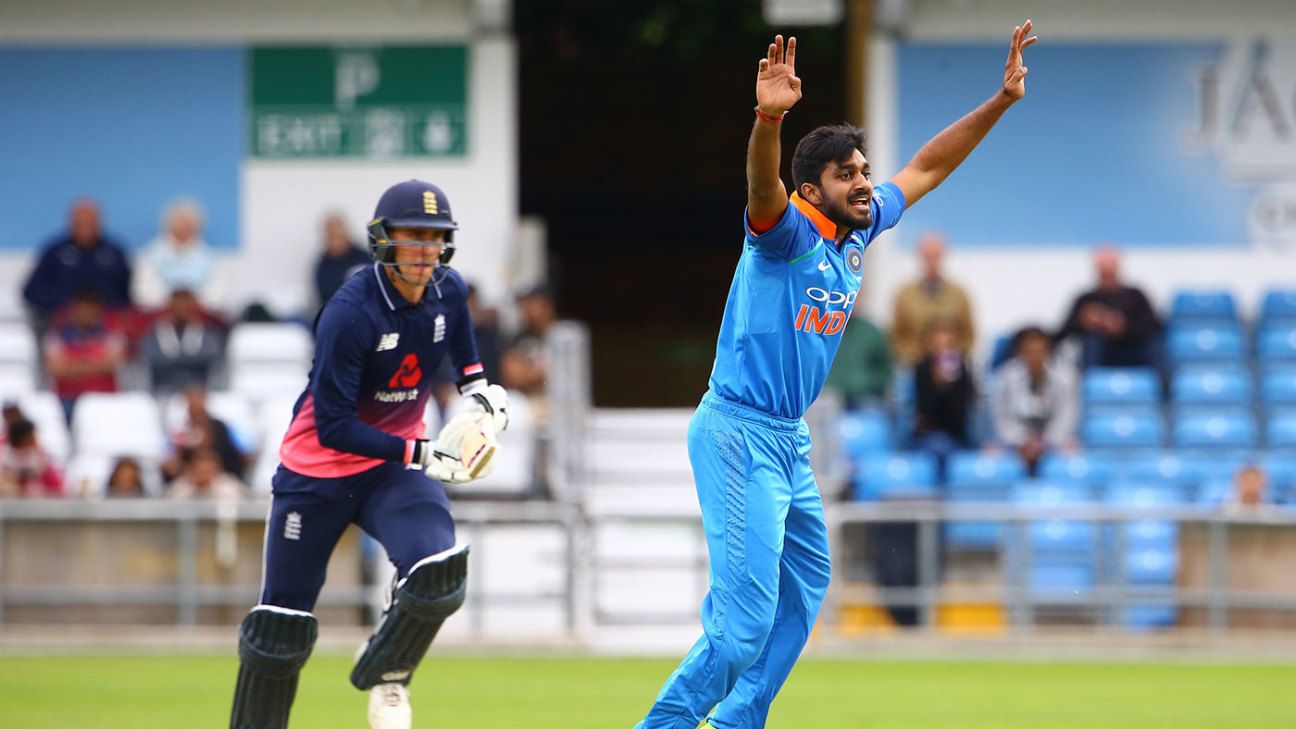 India have made three changes for the series decider against Australia at the MCG including handing a debut to allrounder Vijay Shankar. Kuldeep Yadav has been rested with legspinner Yuzvendra Chahal taking his place while Kedar Jadhav replaces Ambati Rayudu.

Virat Kohli opted to bowl on an overcast day which had seen some heavy showers in the build-up to play. Mohammed Siraj, who made his debut in Adelaide, has been left out and the inclusion of Shankar and Jadhav will give Kohli a sixth-bowling option.

“It’s overcast and it might be stop-start, so as a batsman you may never get momentum,” Kohli said. “We have had a good time here. Levelling the series was important, now we want to finish it off with a win.”

Australia confirmed their XI yesterday with recalls for legspinner Adam Zampa and tall quick bowler Billy Stanlake in place of Nathan Lyon and Jason Behrendorff, the latter reporting some back soreness and given his injury history a cautious approach is being taken.