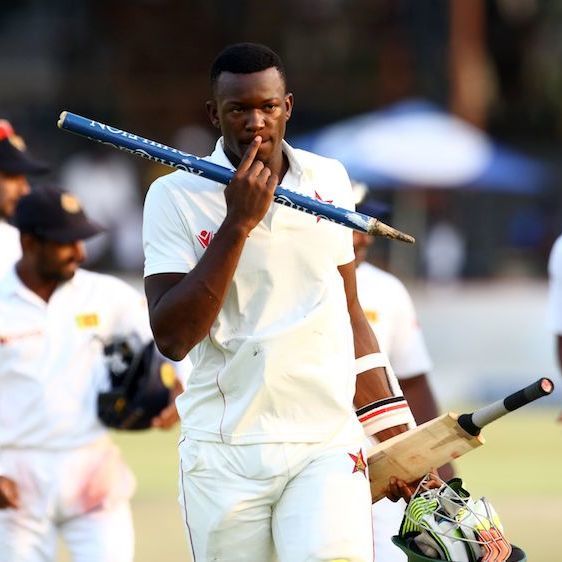 Zimbabwe’s domestic season is underway after the first round of Logan Cup matches in Harare and Kwekwe.

Fast bowler Carl Mumba burst back onto the Zimbabwean domestic scene with a match haul of 8 for 24 to demolish the reigning Logan Cup champions Mountaineers at Kwekwe Sports Club. Building on captain Tarisai Musakanda’s maiden first-class hundred, Rhinos reached 232 in their first innings, the highest score of the match.

Peter Moor‘s second-innings fifty helped Rhinos set Mountaineers 245 to win despite Donald Tiripano‘s 5 for 42. That total was well beyond them when Michael Chinouya’s incisions rocked the top order, and Mumba then tore through the tail to pick up the remarkable career-best figures of 6 for 7 in the second innings, Moutaineers crumbling to 140 all out. There is not much room for error in the six-match Logan Cup competition this season, and the pressure is on Mountaineers not to slip up again if they are to retain the trophy.

At Harare Sports Club, persistent rain had the final say in a closely-fought contest between Mashonaland Eagles and Matabeleland Tuskers. Having been put in by Eagles captain Tino Mutombodzi, Tuskers were carried by Craig Ervine’s 141 in their first innings, reaching 313. An all-round effort from the bowlers then restricted Eagles to 284, Chris Mpofu playing a vital hand by dismissing Cephas Zhuwao when the big-hitting left-hander had raced to a 45-ball 60.

Cunningham Ncube‘s battling 77 held Tuskers together in their second innings in overcast conditions well suited to swing bowling, with no other batsman making more than 14 in the innings. Eagles bowled Tuskers out early on the final morning, and their pursuit of 211 to win fired in fits and starts but was still on track when rain stopped play.

Eagles were 155 for 4 when the weather intervened, the captains eventually shaking hands for a draw when it became apparent no further play would be possible.

On the national radar

With a couple of the established names in Zimbabwean cricket away playing T20 (and even T10) franchise cricket elsewhere, the first round of Logan Cup matches was an opportunity for those on the fringe to start staking a claim. Mumba’s dramatic return will not have gone unnoticed, while in the same game Musakanda’s maiden first-class ton showed positive signs for his continued development, with Musakanda having made the runs batting out of position as an opener. Tiripano also recorded his fourth five-wicket haul in First Class cricket during the game in Kwekwe, while in Harare Ervine’s 10th first-class hundred (as well as some summer rain), helped Tuskers secure a draw.

Mumba had not played any professional cricket since seriously injuring his knee in Hambantota during Zimbabwe’s tour of Sri Lanka last year. The injury required reconstructive surgery on his knee, as well as nine months of rehabilitation work, but his performance against Mountaineers suggests that Mumba has lost none of his zip, and he could well find himself back in the national set-up, especially with the pace cupboards a little barer since Blessing Muzarabani’s departure for Northamptonshire.

Admittedly, Mumba was also aided by a slightly spongy patch on the Kwekwe Sports Club pitch, but no bowler from either side was able to exploit the conditions as effectively as he was. His analysis is the best in Zimbabwean first-class cricket for any bowler taking six wickets in an innings, beating that of the great bowler Joe Partridge who took 6 for 13 for this country against North-Eastern Transvaal in Pretoria back in 1955-56. However, it does fall short of the amazing feat of left-arm spinner Keith Dabengwa, who in 2006-07 took seven wickets for just one run for Westerns against Northerns in the Logan Cup at Harare Sports Club.