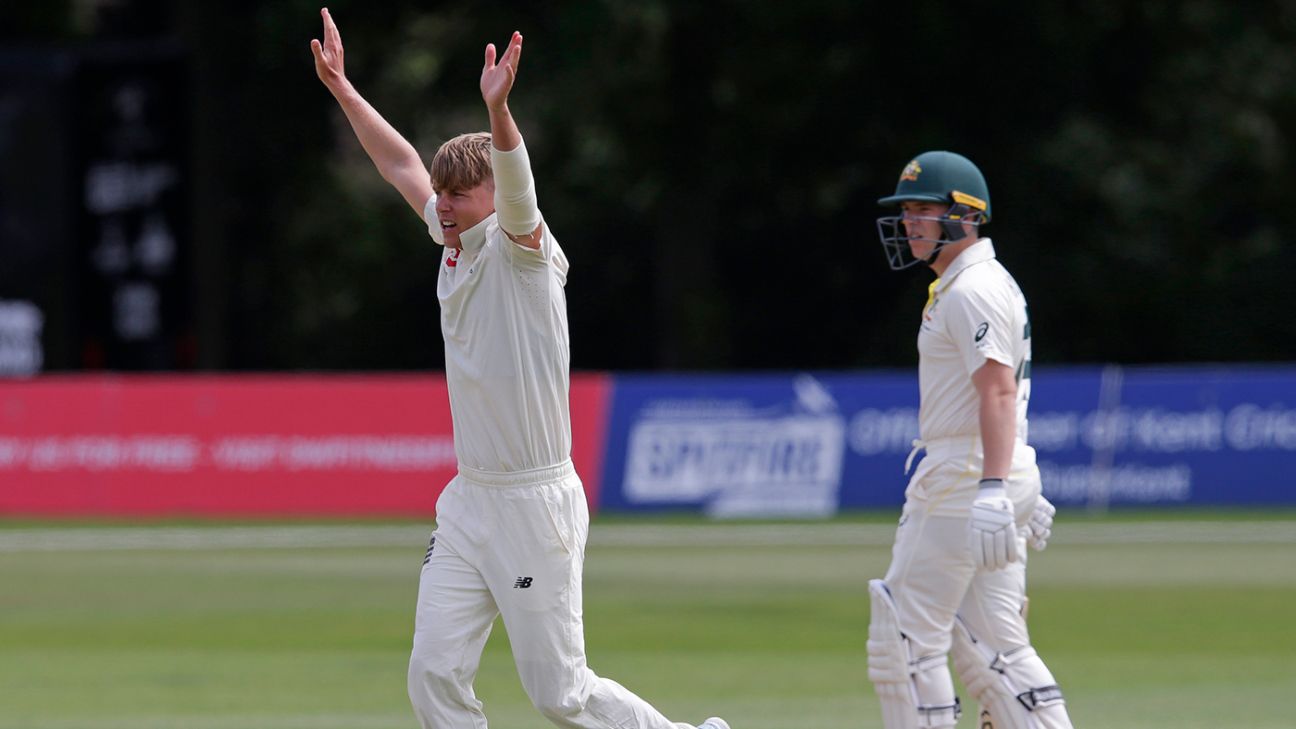 Over the little more than 16 months since the Australian Test captaincy was thrust upon him, Tim Paine has dealt with a myriad of issues, most of them better than many others might have done.

In achieving his dream of taking part in an Ashes tour, with the additional responsibilities of captaincy that would not have appeared in those childhood fantasies, Paine is confronted by one of the oldest problems to confront any leader of an Australian team – though no less challenging for its familiarity. That conundrum, of course, is tackling the moving ball in such a way that series-deciding collapses do not occur.

It’s been a recurring theme of Australian tours to England ever since their most recent Ashes success here in 2001. Even that trip was pockmarked by a couple such instances at Lord’s and Trent Bridge, only counterbalanced by England’s contrivance to lose wickets in even more of a rush, and the subsequent tours have created a strong sense that in hosting Australia, England need only wait for the inevitable surrender of five or more wickets in a session, and take advantage when it arrives.

At Canterbury, on an otherwise docile pitch, there was one such instance of the sort of passage of play commonly associated with spells by Stuart Broad (The Oval 2009, Durham 2013, Trent Bridge 2015), James Anderson (Lord’s 2009, Trent Bridge 2013) or even Steven Finn (Edgbaston 2015). Sam Curran‘s inspired burst on the second morning, claiming five wickets amid the loss of Australia’s last six for 17 runs, was exactly what Australia will fear and England anticipate. Paine was adamant that it cannot be allowed to happen often, if at all.

“It’s something you discuss all the time whether you’re in England or Australia or in India against the spin, you want to avoid losing wickets in clusters,” Paine said. “We batted pretty poorly, we thought.

“Full credit to Sam Curran he put the ball in the right area and challenged us. But we thought we missed a trick with some things we could be doing and things that guys have been working on to get better at that. But sometimes you have a little setback and that was one of those. But I thought the way we played him in the second innings showed that we’re getting better.”

Something that should help Paine’s men avoid further instances of session-defining collapses wrecking their hard-earned gains in a match is the fact that, with the exception of those batsmen taking part in the World Cup, the remainder of Australia’s top six will be entering the Ashes with months of red ball-specific practice behind them. Bowlers, too, have grown ever more comfortable with the vagaries of the Dukes ball, something that has also contributed to recurring eclipses of Australian teams in this part of the world.

“Certainly guys like James Pattinson and Josh Hazlewood in particular and some of our batters in this group have had an extended prep in red ball cricket, which we think will do them the world of good,” Paine said. “So we’re looking forward to next week and having another good hit out and then getting cracking in the first Test.

“It’s very valuable. Any game we can get over here in English conditions is good for our group, so it’s good to get four hard days’ cricket in and obviously we’ve got a game next week with 25 players and all those guys’ hats are in the ring.”

One player conspicuously eager is Mitchell Marsh. It was his contentious caught behind dismissal that gave Curran the first of his wickets, not that Marsh seemed to think he got anywhere near the ball deemed to have found an edge through to Ben Foakes. More encouraging in Paine’s mind was the sight of Marsh hitting the stumps at pace on the final day of the draw with England Lions, demonstrating that time away from international cricket has aided him physically.

“Mitch has been out of our set up for a while, he’s got himself a bit fitter than he has been,” Paine said. “I think with his bowling in particular I think you can see that, he’s getting through the crease a lot better, he’s running in a bit harder and his pace was up from what we probably saw last summer, which is really exciting.”

In a tight race for one of 16 spots in the squad to be finalised by Trevor Hohns, Justin Langer and Paine after the internal practice match in Southampton next week, Marsh will be pressing hard to have an influence on proceedings, much as he did with percussive runs at home during the 2017-18 Ashes.

“We think it’s going to be really intense, that’s what we’re after, we wanted to come over here and have a game,” Paine said. “Sometimes, this was a good practice game, but I think sometimes touring teams, you can have tour games that just sort of peter out into pretty ordinary games of cricket at times, so we were lucky we had a great hit out here. We’ll certainly have a good one amongst ourselves next week.

“We’ve got guys playing for Ashes spots and we expect it to be of an extremely high, competitive intensity. We’re looking forward to it. I don’t think the game in Southampton is going to be an out and out trial game and everyone’s on red alert. But we know the players we’ve got in this squad, we know potentially what the make up of our team looks like, but we want to make sure we’ve got all bases covered and next week’s another opportunity to make sure we’ve got a squad that ticks all boxes for all conditions.”

The biggest box to tick will be to keep wickets from falling in those wearingly familiar clusters, and Paine knows it.