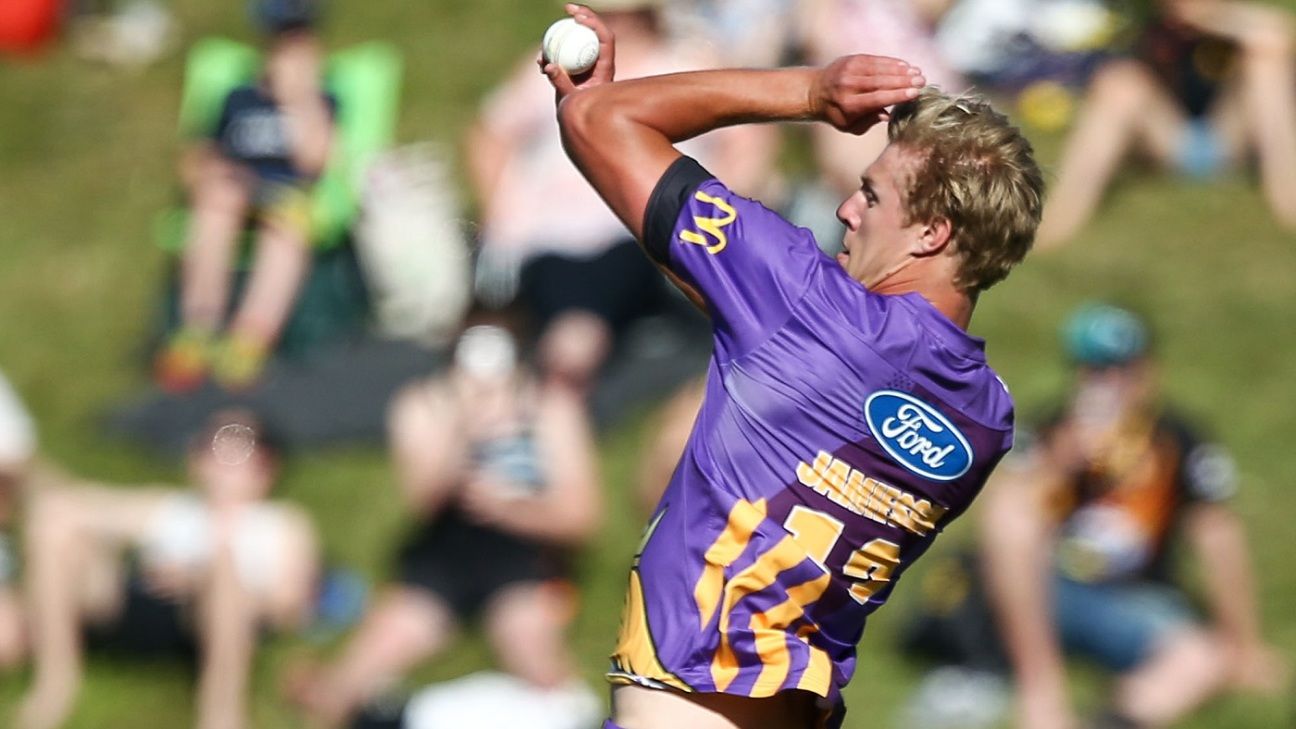 Canterbury seamer Kyle Jamieson took 6 for 7 in the side’s Super Smash T20 match against Auckland to claim the joint third-best innings haul by a bowler in all T20s. Jamieson equaled Lasith Malinga’s figures of 6 for 7 in the BBL in 2012 and had it not been for the two wides Jamieson bowled, he would have equaled Arul Suppiah’s record figures of 6 for 5. Jamieson’s haul helped set up Canterbury’s five-wicket win

Coming into the attack early on for Cantebury, after the side had elected to field, Jamieson took a wicket in his first over, and followed it up with a double-wicket over, which included the scalps of James Vince and Mark Chapman. The run-out of Glenn Phillips between those two wickets had left Auckland reeling at 25 for 4.

They had hobbled to 92 for 6 by the time Jamieson returned in the 18th over and cut through Auckland’s tail with three wickets. It took a couple of sixes from Will Somerville to lift the batting side past 100, and they were eventually dismissed for 110 in the 19th over.