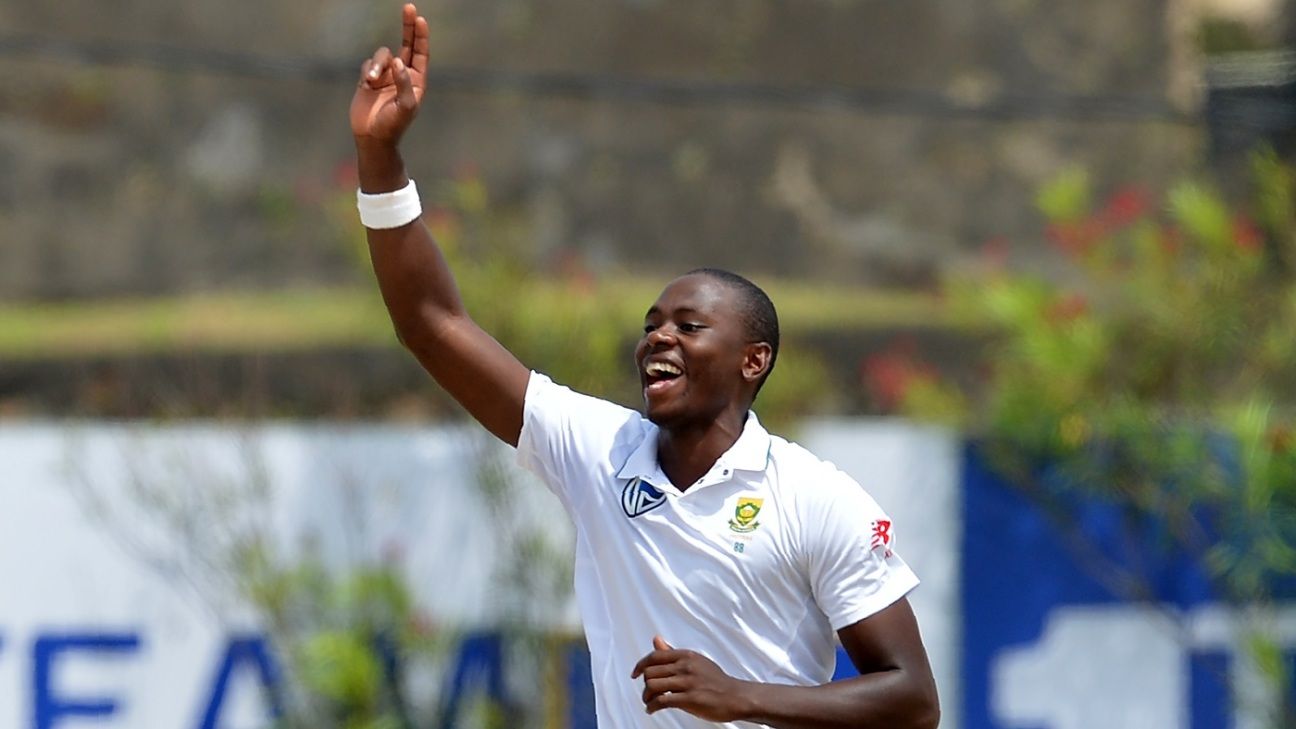 South Africa’s position at the bottom of the World Test Championship is a reality they don’t need to confront just yet, according to Kagiso Rabada. Instead, the fast bowler and his team-mates are focused on rebuilding as they prepare for a home series against England, where they are looking to break their run of five consecutive Test defeats and begin a new era.

Speaking at the team’s training hub in Pretoria, Rabada indicated South Africa may not be as far behind the pace as they look. “The ICC Test Championship can put unnecessary pressure on us right now,” he said. “We shouldn’t really be looking at that. Yes, we don’t have any points and it does look quite bad. But if we can focus on what we want to do, that should look after itself.

“We hadn’t been thinking about it, but when you mention it and you think about where we are on that table, it can get you into the mindset where you need to catch up on a lot of things. But at the moment we need to focus on the product and the byproduct will look after itself.”

This insular kind of talk is commonplace among teams but essential for this South Africa side that is reeling from weeks of administrative chaos, which culminated in the overhaul of the coaching staff. Just seven days ago, the team did not know if they would have what was being termed a director. Now, they have several.

Graeme Smith‘s appointment as acting director of cricket brought with it Mark Boucher as head coach and Jacques Kallis as batting consultant. While Boucher and Kallis are household names in cricket circles, their playing days preceded Rabada’s, and the current camp is his first interaction with either of them. So far, so good.

“It’s amazing to have someone like Jacques Kallis in. I’ve never worked with him. He’s a great of the game. So is Mark Boucher,” Rabada said. “To hear their knowledge, it doesn’t even have to be skill-based, but mentally how you want to approach certain situations. So it’s great to have them around because they almost speed up your learning process. Everything is well-drilled and well-oiled. There’s no hesitation. They have a plan, they’re really decisive on what needs to happen.

“But at the same time it’s not very strict. There’s an expectation on every player to do the minimum of what is required, and the rest is up to you. As a player, you can liberate yourself.”

The excitement of new mentors is balanced with the familiarity of old hands such as Charl Langeveldt, the new bowling coach, who was last with the side under Russell Domingo, a tenure that ended in August 2017. Rabada has not had a specialist bowling coach since then (Ottis Gibson combined the role with his head-coach duties) and has enjoyed reconnecting.

“It’s also great to have Charl Langeveldt back,” Rabada said. “I really enjoy working with him. He’s in the same light as Mark and Jacques. They know what they’re talking about. They played at this level for a very long time.”

The presence of a trio of former international superstars could easily leave the former interim team director and now assistant coach Enoch Nkwe, who took the side to India, in the shadows. But Rabada hauled Nkwe into the light with high praise for how he has handled the transition from being the man in charge to being a supporting actor for players he has coached over many years.

“Enoch is someone I’ve worked with since I was at age-group level, along with guys like Quinny [Quinton de Kock] and Temba [Bavuma]. The guys who’ve worked with him, they know his quality. He’s no doubt a valuable person to have in the change room,” Rabada said. “He would have had to make a decision about whether he was going to walk away or stay, and he stayed.

“I’m really glad that he did because I’ve got a relationship with him and so do the other players. Especially the young players who are in the T20 format; guys like Rassie [van der Dussen] and Dwaine [Pretorius], they know him well and they know the value he can bring. I certainly know that, too. He’s made a decision to invest in the team and I’m really glad that he’s done so.”

Now, the collection of expertise South Africa have assembled needs to pay dividends. South Africa have not had a Test win since January and their marquee players have made little impact on the global stage. De Kock is the only batsman to have scored more than 500 runs in 2019 and while Rabada lies 10th on the global Test wicket charts, he has had his leanest year since he became a regular in red-ball cricket. His 26 wickets – half of what he took in 2018 and 20 fewer than his first full calendar year of Test cricket in 2016 – have come at a bloated – by his standards – average of 28.19, and he has looked off his best. He was down on pace, accuracy and perhaps motivation, which has somewhat symbolised South Africa’s decline; he will want to stand for the opposite as it unfolds.

“We’ve got a challenge now as we’re going through a transition phase, and we need to see if we can step up. We believe that we can,” Rabada said. “We spoke about where we want to go and where we’re at right now, and I think everyone is on the same page, which makes things a lot clearer. We are still trying to do define roles for each player to execute but it’s a process and at the moment it’s important for each player to buy into the mindset. Then, it’s up to each player to pull a rabbit out the hat.”