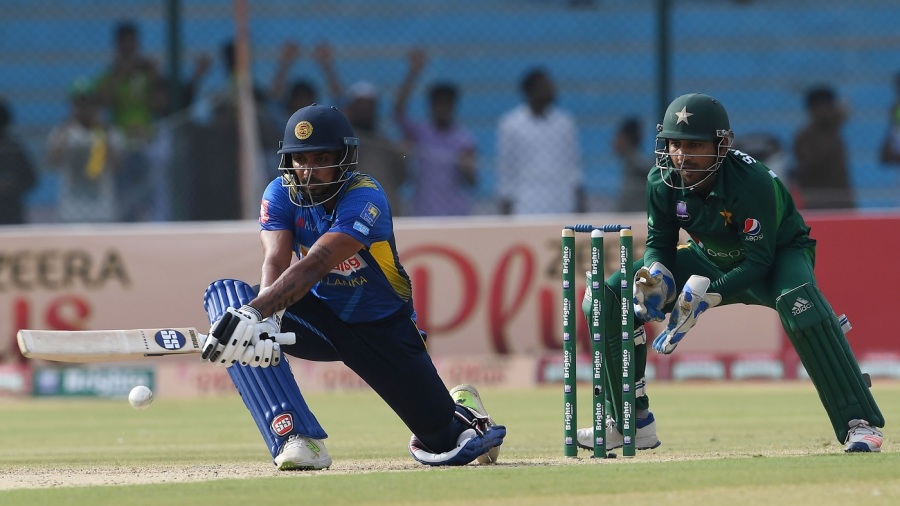 Yes, even the first-string Sri Lanka had lost their four most-recent T20I series, and sure Pakistan topped the rankings, but there are no two sides that revel quite as much in chaos as these two, so in some ways, a comfortable series victory to the underdogs is not a huge surprise.

The two matches so far have followed a remarkably similar script. Sri Lanka have got a half-century and a big partnership from their top three, then a strong finish. Their quicks have then struck early blows, and despite the occasional good partnership from Pakistan, Sri Lanka have managed to keep the required rate climbing through the middle overs. In the first match, Pakistan’s last seven wickets fell for 33. In the second, their last five went down for 20.

The two players catching the most heat so far have been Umar Akmal and Ahmed Shehzad, who have produced four awful innings between them. Akmal’s successive golden ducks have basically been an invitation for a punchline. Shehzad has arguably been even worse, chewing up 25 Powerplay deliveries for his 17 runs across the two games. Babar Azam‘s rare failures haven’t helped either, nor has the fitful form of the rest of the middle order.

A whitewash will be a coup for Sri Lanka, and a significant early obstacle for the new lord commander of Pakistan cricket, Misbah-ul-Haq. Of the issues the hosts must sort, the top-order problems seem the most pressing.

Part of Pakistan’s good T20I form in 2018 had been down to the bowlers, and Mohammad Amir had as good a year as anyone, going at 6.57 in nine appearances last year, taking 14 wickets at 15.50. He had not gone wicketless in eight previous T20Is before this series but has now failed to take a wicket through the first two matches in Lahore. With a confident opposition top three to contend with, Pakistan need their quicks to fire in the last match.

In all four of Sri Lanka’s innings on tour, Dasun Shanaka has played good knocks befitting the situation, finding late boundaries when Sri Lanka are looking to finish fast, and rebuilding when they have lost early wickets. He had been disappointed to miss out on a World Cup spot but has perhaps now done enough to firm up a place in the first-choice XI in both limited-overs formats.

Iftikhar Ahmed may come in for the run-less Akmal. Perhaps Pakistan will also consider Haris Sohail instead of Shehzad.

Although ordinarily a team might be tempted to trial inexperienced players once a series has been sewn up, a whitewash will mean a lot to this Sri Lanka team, and they are unlikely to change their side.

There has been a little dew around in Lahore, but not so much that it has had a substantial effect on the game. The pitch is expected to be decent for batting again.