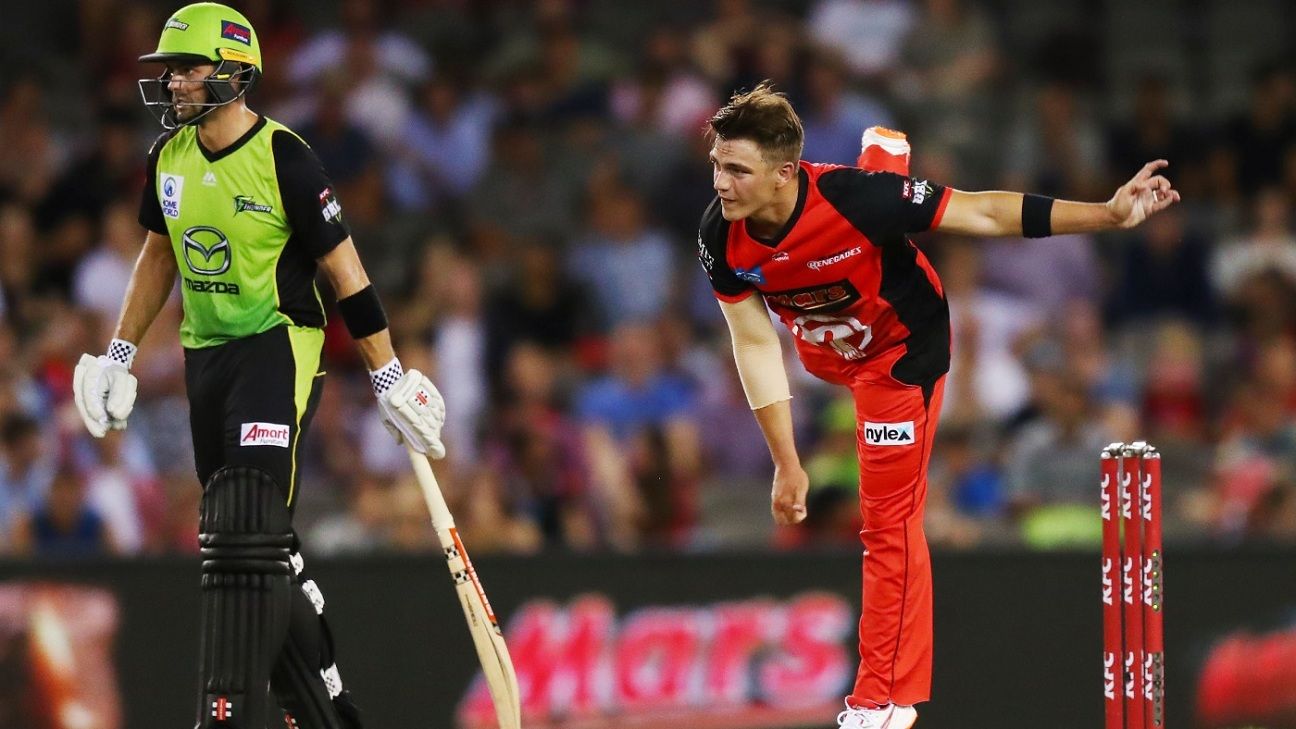 Melbourne Renegades legspinner Cameron Boyce believes he could do a job for Australia at the World Cup despite having never played ODIs.

Boyce has had an outstanding BBL season thus far, after crossing from Hobart Hurricanes to Melbourne Renegades. He has taken 12 wickets at an economy rate of 6.18. It is the second-best economy rate of all legspinners in this season’s BBL behind Rashid Khan (6.00). However, Adam Zampa and Fawad Ahmed do have better strike rates and averages.

But Boyce feels he is bowling better than when he represented Australia.

“The last time I played for Australia, and the games I did play for Australia, I did a really good job,” Boyce told the Herald Sun. “I think my numbers show that. But I feel like I’m bowling even better now than what I was when I was playing for Australia.”

Zampa has also played 34 ODIs in that time taking 42 wickets at an economy rate of 5.61. Meanwhile, Boyce has not played a List A match since October 2017. He lost his state contract with Tasmania and moved back to Queensland. He only plays grade cricket with Toombul outside of his BBL commitments with the Renegades.

But Boyce does not want the Australian selectors to think he has given up hope of playing international cricket.

“Realistically, do I think I’m on the radar? Probably not,” Boyce said. “But my numbers in the Big Bash show I could do that job. If I finish the year well, and if the Renegades go to the end, and even win the thing, and I’m bowling well, then you never know.

“Do I think that I still have what it takes to bowl at that level? Yeah, absolutely I do.”

Boyce added that his batting has improved markedly in recent years. He made a pivotal 51 not out from just 22 balls with five sixes in the Renegades win over the Sydney Thunder on Wednesday night. He even opened for the Renegades this season, albeit unsuccessfully. But he believes his batting is now a valuable asset.

“I feel like my batting has improved so much,” Boyce said. “My batting has come a long way the last few years. I’m starting to think more like a batsman, rather than a tailender that can try and get a few runs away.

“It’s about trying to dictate where the bowler’s going to bowl and predict that. I’ve been trying to get to the off side and clear the fence over the leg side. It’s becoming a vital part of anyone’s game, really.

“If you have a team that can essentially bat all the way down to No. 9, 10 or 11 then that’s adding another string to your bow.

“If you can go out there and clear the fence or get the runs that the team needs. If that’s one of the things they want then hopefully they’re thinking about me as well.”