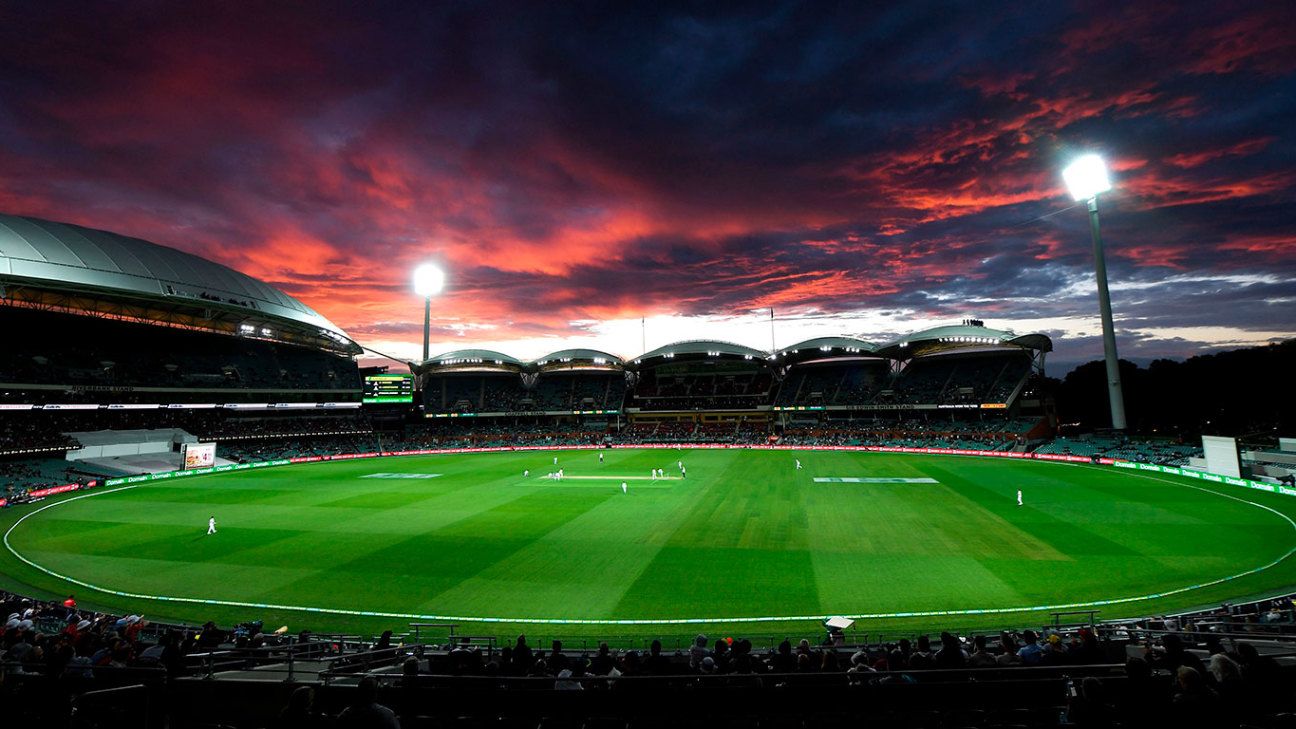 India’s tour of Australia in 2021 could become the first series ever to feature more than one day-night Test.

A Cricket Australia (CA) delegation, led by its chairman Earl Eddings, is set to meet the new BCCI administration on the sidelines of a limited-overs series in January with the question of day-night Tests fairly and squarely on the agenda.

With the MCG and SCG Tests set in stone as day matches played opposite the Big Bash League, this may likely mean both of the first two Tests – to be played in two of Adelaide, Brisbane and Perth – are primed for the pink ball, especially given the better time slot for Indian broadcast audiences.

Negotiations have not yet begun, but “we’ll mention that when we’re over there in January talking during the one-day series,” Eddings told ESPNcricinfo. “As you build that trust and build that relationship you have that chat.

“Pleasingly they’ve played their first day-night Test and won easily. Now they’ve got through that it might give them the right build up to it over here. I’ve got no doubt they’ll consider playing one and maybe even more day-night Test matches. But that’s down the track to when we catch up with them in January.”

After a dominating victory against Bangladesh in India’s inaugural pink-ball Test in November, Indian captain Virat Kohli was asked about the prospect of one during the Australian tour next year. Kohli said he was “open to do anything” as long as there was a practice match under lights. Then on Sunday, BCCI president Sourav Ganguly said: “When we tour, we will deal as per the request of the [host] board”. CA are set to make the ask now.

The other question surrounding next summer will be the exact timing of the Tests, either a more traditional schedule concluding with the SCG Test in the first week of January, or stretching further into 2021, as was the case in 2011-12 and 2007-08. Eddings indicated that CA would like, in future, to play five Test series against India, as England now does.

“Still working through that, it’s a normal tour in that they’re playing four Test matches, we’ve got one against Afghanistan,” he said. “Ideally we want to be playing five Tests against India, hopefully in the future we can do that as well.”

Eddings wrote to Ganguly upon the announcement he had been named the new BCCI president, backed by a cadre of administrators including the former BCCI president and ICC chairman N Srinivasan. The complex dynamics of the BCCI are a key focus of Eddings as CA’s chair, as demonstrated early in his job when the Indian board insisted that Australia play the ODI series in January, taking them away from home in the middle of a packed summer and pushing an ODI series against New Zealand into March.

“First of all I’ve congratulated Sourav and reached out to him,” Eddings said. “The fact India are playing day-night Test cricket is a great thing. It shows that he cares about the game. We’ve exchanged letters, I’m going over there with some of our board members in early January for some of the ODIs where I hope to meet with the new BCCI administration. I want to stress we’ve got a very strong relationship with India, there’s a lot of mutual respect there. While we have our differences because we’ve got different needs, the relationship is very strong.”

Asked whether he was concerned that India’s board may – now that they are free from Supreme Court control – look to dominate world cricket as they did before, Eddings was hopeful of a different approach this time.

“In my time being involved with the ICC we’ve had very good relationships – never been in that situation,” he said. “So I’d like to think going forward everyone’s got the best interests of the game at heart and we can maximises those opportunities for everybody. Doesn’t mean we won’t have our disagreements, but certainly in terms of what I’ve seen so far it’s like anything, you build a relationship based on trust, you sit down, work through the issues and try to find some common ground.

“India’s very generous, they rarely play many Test matches in their home summer because they’re always travelling to support a lot of other countries. They’re very cognisant of the importance they play in world cricket. I respect that enormously. If you look at international broadcasting for red ball cricket, that’s where the challenge is, getting international broadcasters to value that over some of the T20 competitions and the like.”