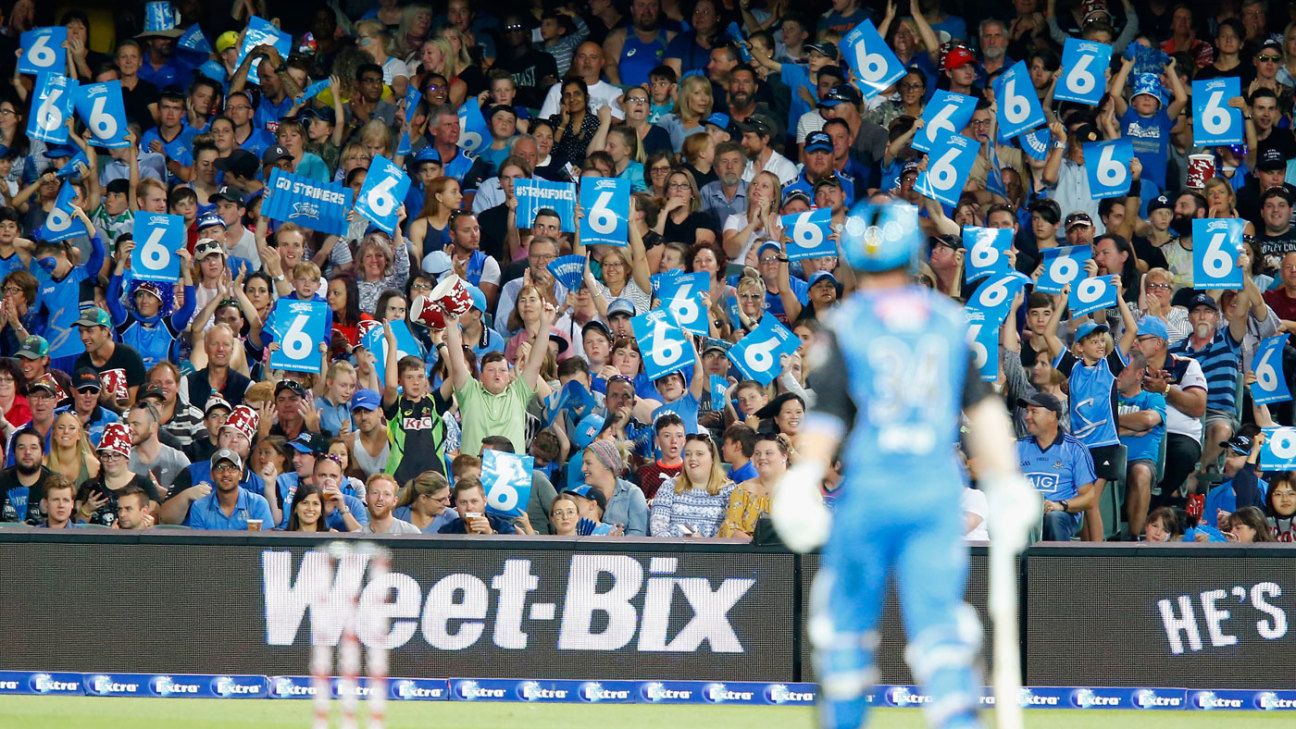 Next summer’s ninth edition of the Big Bash League may be pushed back to start as late as Boxing Day, while Cricket Australia is also considering a shift of the limited-overs domestic competition away from the early season carnival format it has occupied since 2013.

Amid a season in which players, broadcasters and the Australian public have been forced to make some large adjustments, particularly for the major increase in the length of the BBL from 43 games to a full 59-game home and away schedule, ESPNcricinfo understands the governing body is considering numerous tweaks to the calendar for 2019-20.

Though CA and the broadcasters Seven and Fox Cricket are wholly committed to the full home and away BBL format, there has been discussion of whether to move the starting point of the tournament to later in the summer, packing more games into January before building up to the mid-February finals series that is being tried for the first time in 2018-19.

Such a move would follow common complaints by BBL teams and state associations that the pre-Christmas landscape is a challenging one for attracting supporters relative to the January school holiday period. Previous discussions of BBL matches being scheduled on Christmas Eve and Christmas Day led to two matches being scheduled on December 24 this tournament, but the BBL chief Kim McConnie has always made clear that organisers were learning what works and what does not as they go along.

“We don’t [have set expectations]. It’s the first time we’ve ever done it,” she told AAP in December. “The beauty of the Big Bash is it paves the way in many areas. We like the idea of ‘we’re going to try and see and learn along the way’. We don’t have any expectations other than learning on what works and doesn’t work.”

At the same time, CA is considering a move away from the September-October carnival format for the domestic 50-over tournament for the first time in six years. That move, made in 2013 at the start of the previous broadcast deal cut with the Nine and Ten networks, squeezed the premier state-based white-ball competition into a few weeks, in a marked departure from the traditional format that had Sheffield Shield and limited-overs games interspersed evenly across the season.

A shift back to scheduling state matches of either format during the months now occupied by the BBL appears close to impossible, but moving the domestic limited-overs tournament into shared windows with the two halves of the Shield rounds would allow players, coaches and selectors the chance to make assessments of their white-ball skills in a far more expansive way across a season than is currently the case.

After Australia won the World Cup at home in 2015, the decline in the national team’s 50-over fortunes has coincided with the continuation of the tournament format, which was adopted for reasons including its closer resemblance to an ICC event and also the easier task it created for physical management of fast bowlers in particular over the course of a season.

Pat Howard, the former team performance manager, was a noted advocate of the carnival format, which has divided opinion amongst players throughout. This season saw a trade-off between the abandonment of the experimental inclusion of a CA XI for younger players in the tournament with a format that meant that every team would play in the play-off matches, regardless of how many qualifying matches they won.

Howard’s departure, alongside that of the former chief executive James Sutherland, is believed to have helped open up broader discussion about the state competition, even as the tighter tournament structure continues to have numerous vocal advocates within the system. Other factors in decision-making will also include logistical concerns for state teams and the preferences of Fox Cricket for broadcasting the 50-over tournament.