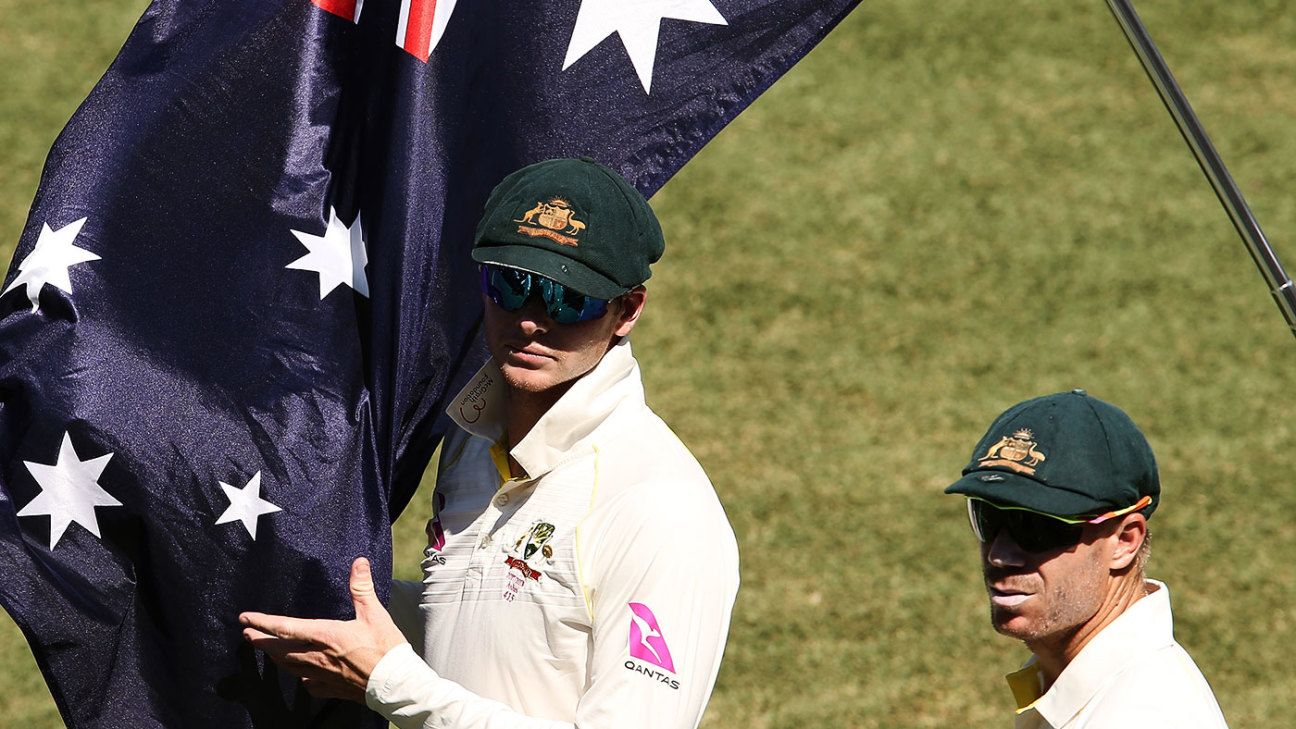 Kevin Roberts, the Cricket Australia chief executive, has called for anyone with evidence of the national team tampering with the ball prior to the Newlands Test to come forward. Roberts also conceded that further revelations about the scandal 12 months ago would be damaging to the game.

Speaking at the Melbourne Press Club a year on from the Cape Town Test that saw Cameron Bancroft exposed for attempting to use sandpaper to tamper with the ball, as advised by David Warner and tacitly approved by Steven Smith, Roberts defended the swift investigation conducted by the former head of integrity Iain Roy. Roberts also responded to the former CA Board director Mark Taylor’s comments that the limitation of the probe to the Cape Town Test left a “grey area” around whether the Australians had tampered with the ball previously.

“There’s no doubt that that would affect the way that cricket fans and the general public views cricket, that’s for sure,” Roberts said when asked whether further revelations would be damaging to cricket. “I suppose we’re dealing with the ‘what is’ rather than the ‘what ifs’. We could jump at shadows, we could react to innuendo. If facts come to light we’ll be addressing those, and if that means there’s issues for us in the short term because we do the right thing then so be it, because it’ll benefit the integrity and reputation of the sport that we love in the long term.”

Plenty of questions remain unanswered, with CA caught between preserving reputations and trying to regain trust with the Australian public. Corporate confidentiality clauses have been a feature of settlements for former CA employees connected to the scandal, with the ex-assistant coach David Saker notable for his silence since he resigned his post with the national team at the end of the home Test summer.

Warner and Smith, meanwhile, have been carefully managed in their comments on their way back to national representation after the bans, though it is believed that Warner in particular has been involved in discussions about writing an autobiography that would shed greater light on his part in the scandal and his role within the team.

“All current and former employees, like any organisation, have confidentiality obligations,” Roberts said. “That’s not CA being heavy handed, I’m sure people in the room here have had a look at your own employment agreements and clauses in there so there’s nothing unusual about that. At the same time we don’t want to control or muzzle people in cricket.

“The richness of debate in cricket is fantastic … we embrace that passion, we embrace that debate. I guess it’s a balance, we all need to respect our confidentiality obligations but we also need to ensure we’re being fair dinkum towards this notion that we want to enable and empower people in cricket rather than control. It’s not always simple to walk that fine line but it’s something we try to do.”

On the subject of the investigation conducted over 48 hours between the Cape Town and Johannesburg Tests at the end of the South Africa series last year, Roberts pointed out that there was time pressure created by the need to field a team in the final match, without knowing how many players would be implicated. In contrast to earlier in the summer when he stated that the “thorough” investigation required no more probing, he called upon any member of the Australian cricket community with further evidence to come forward.

“We’re really serious about addressing any unresolved issues and we’re sincere in the way we’re going about that. So if there are any reports or allegations as opposed to innuendo, then we will investigate that thoroughly.

“Certainly the investigation needed to be conducted swiftly, we needed to fulfil our commitment to field a team against South Africa the following week, and we didn’t know whether we’d need to fly 11 new players in to fill that team or no new players. The ultimate answer was somewhere in between. So the investigation was absolutely fit for purpose, but we haven’t rested on those laurels. We’ve made repeated and extensive invitations to anyone to report any integrity matters or concerns about ball tampering ever since.”

Following a home summer that presented numerous challenges, not least heavy defeats to South Africa and India before some solace was taken from a pummelling of Sri Lanka, the ODI team under the captaincy of Aaron Finch has run into strong form and growing confidence in India, and the UAE against Pakistan. Roberts denied he was concerned that the returns of Smith and Warner to that team would destabilise what has been building, while also stating that he did not expect the team to be a collection of best mates.

“Justin [Langer], the leadership of the Test team and the white-ball teams in the form of Tim [Paine] and Aaron, they’ve had just about a year and they’ve spent a long time together, a lot of time on the road, that’s a whole lot more intense than turning up to a radio station or an office to work with your colleagues,” he said. “A year of this rebuild and a year of doing that together in sport, is probably like three years in the business world or the media or some other world. So I’m not concerned but we are very focused on ensuring that positive momentum continues.

“In any workplace we don’t need to be best mates with everyone that we work with. There needs to be a foundation of respect absolutely, and I think there’s growing respect there and we’ll continue to support the players with the right discussions and work those through. As to whether every player in the men’s team or women’s team is best mates with the rest of their team-mates, it’s not different to any other workplace where you’ll have some very close friendships, some cordial relationships and some that are a bit more challenging. But I don’t see it being beyond the realms of any other workplace.”