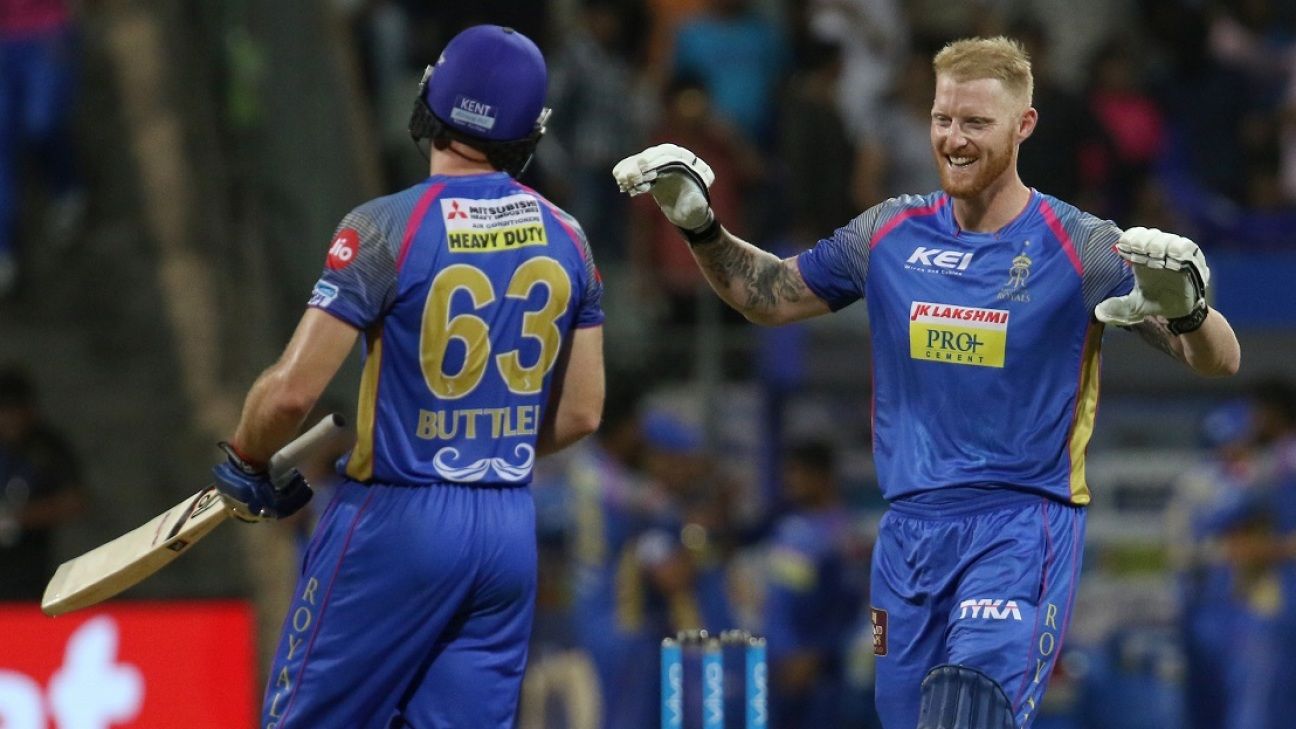 Jos Buttler and Ben Stokes have been rested from England’s T20 squad for the three-match series against West Indies.

Buttler and Stokes, key members of the side in all three formats, will be allowed to return home immediately after the fifth ODI of the current series against the same opposition. Both men face a hectic 2019 schedules which include the World Cup, the Ashes and spells at the IPL, which starts on March 23.

But Ed Smith, the national selector, insisted there was no way the decision to rest them from the T20 series should be interpreted as a case of prioritising franchise cricket over England duty.

“I have not favoured franchise cricket over international cricket,” Smith said. “The contracts that Jos and Ben had with their franchises pre-date my involvement. There were a set of obligations in place and, with a busy year coming up, I’ve accepted the strong recommendations of the head coach to rest these guys now.”

Jason Roy will also miss the West Indies T20s to ensure he is on hand for the birth of his first child. As a result, Sam Billings and Dawid Malan have been recalled to the squad for the first time since last year’s tour of Australia and New Zealand.

“So last summer we took a view that we didn’t want him to be in a squad and not playing. So we left him out so he could play for Kent and he captained them to a Lord’s final and promotion. He then played both legs of full Lions tours before and after Christmas and I think that will have been a good thing for him. He has considerable ability.

“Dawid would love an England career across all three formats. It’s just a question of where the opportunities come and, when he has played T20, he has grabbed his chances.”

There were also discussions over whether to rest Joe Root. Ultimately, however, Root, who has not always commanded a place in England’s T20 team, was keen to play.

“Joe is an absolutely critical asset for English cricket in the very big 2019 summer,” Smith said. “His form and preparation is essential for England, so we did discuss resting him. But he is very keen to play in these games. He feels playing in the white-ball sides offers a different experience to captaining the Test side and he likes that blend.”

While Smith is usually reluctant to talk about players outside the squad, he did confirm that James Vince’s good form in various franchise tournaments “had been noted” and said he remained in discussions.

He also had praise for Harry Gurney, who ended up with a winner’s medal from a successful period in the BBL. “Harry has terrific skills,” Smith said. “And we’re very aware of what he’s doing. But he misses out in this instance.”