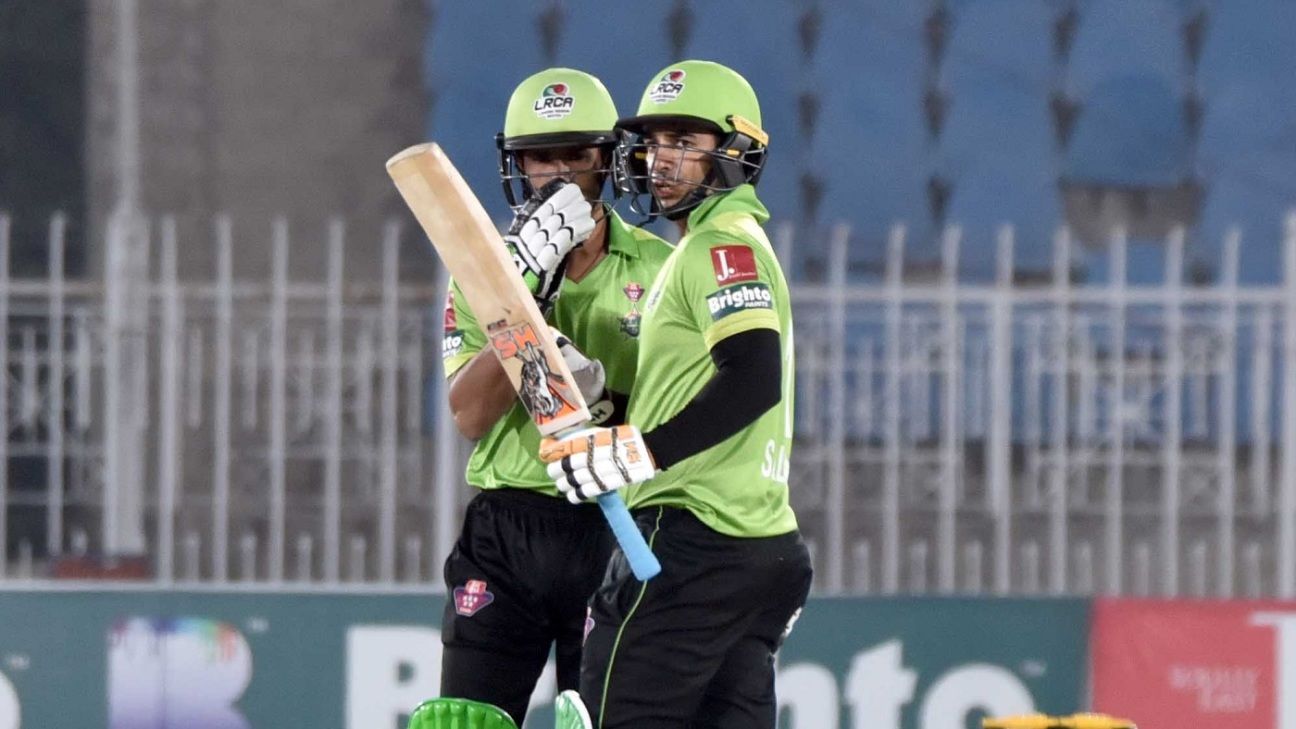 Aaqib Javed, the former Pakistan fast bowler and current coach of Lahore Qalandars, believes Salman Butt is a “changed man”, having served a five-year ban for his lead role in the 2010 spot-fixing scandal. Earlier this week, Butt was picked to replace the injured Mohammed Hafeez in the Lahore squad and the PSL will be the most high-profile competition the batsman could feature in since his return to competitive cricket in January 2016.

Butt, who was 26 when he was banned in February 2011, is now 34 and is also looking to push hard for a return to the national side. Aaqib, who is also Lahore Qalandars’ director of cricket, told ESPNcricinfo that they did not have to think too hard before picking Butt as a replacement, given his consistent T20 numbers.

“It’s nearly 10 years and he is done with his punishment,” Aaqib said. “I strongly believe that he has learnt his lesson and is a changed man. He will never think about risking his career and would be the last person to think in that direction again. He has done well since his return and he is a skillful cricketer. He played enough cricket and was always there in the system making his name since his return. He led WAPDA, the Lahore region and has scored heavily.”

Butt’s T20 average since January 2016 has been 55.35, the highest for any Pakistan player with a minimum of 500 runs. Baber Azam, Pakistan’s No. 1 batsman currently, is second with an average of 39.89 in the same period.

“He was averaging over 55 and if someone has such an impressive average it can’t be ignored,” Aaqib said. “He was our first choice earlier but now being a second option he is a good option to fill the gap. I saw his domestic record, which has been prominent since his return.

“His stats are impressive and we needed a guy who can really anchor at No. 3. He has been amazing with his numbers and with maintaining his fitness. It wasn’t a decision that took us a lot [of time] to think but it was more important to take every stakeholder on board. The best feature about Butt is his commitment to cricket. He is fit and is a utility cricketer with lots of experience.”

Butt joined the squad on Wednesday, the day after he was added to the side and has already had a practice session with Lahore, who are currently at the bottom of the table with one win in three matches. They will kick off the Sharjah leg of their campaign on Friday, when they take on Multan Sultans, followed by a match against table-toppers Quetta Gladiators on Saturday.