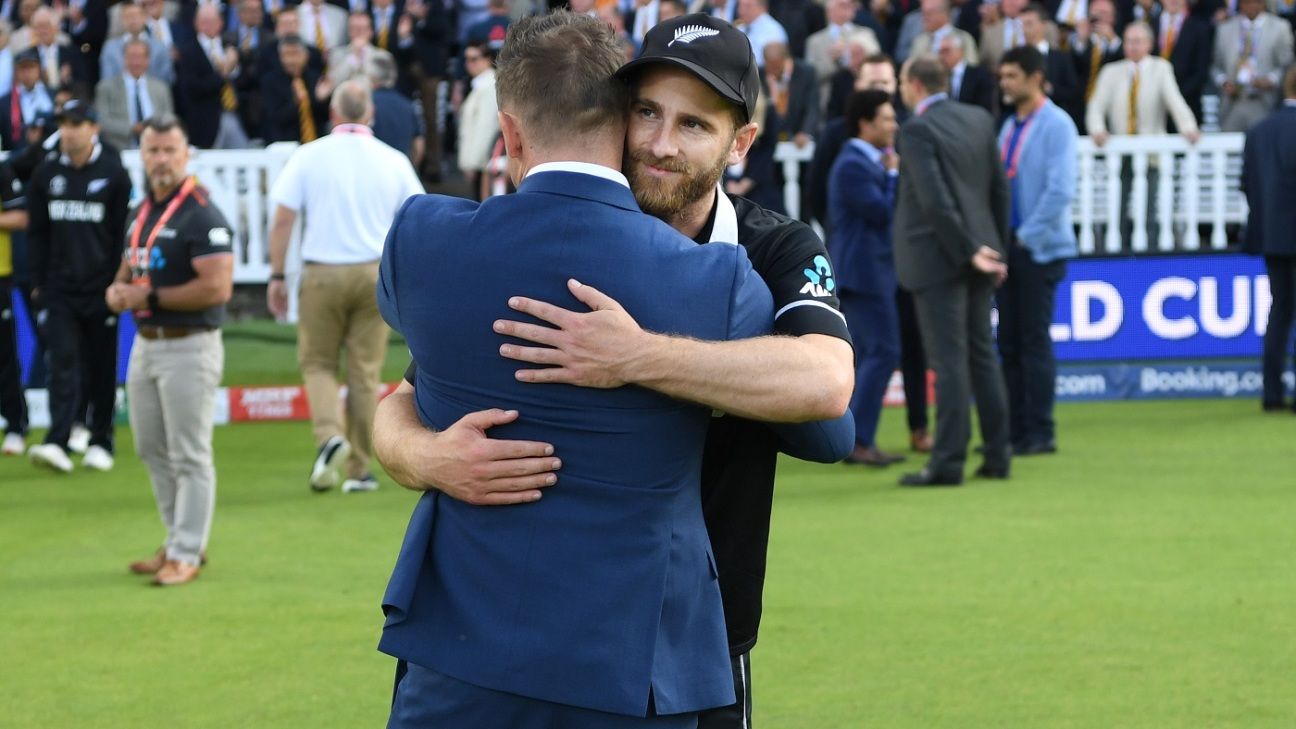 Brendon McCullum knows what it is to lose a World Cup final. In 2015, under McCullum’s captaincy, New Zealand enjoyed a bumper run to the final, only to lose to Australia by seven wickets at the MCG. Four years later, New Zealand reached another World Cup final, this time at Lord’s, and tied the game. The manic Super Over, the first in World Cups, ended in a tie as well, and England eventually won the title on boundary count.

McCullum’s side had turned a rugby-mad country into a cricket-loving nation in 2015. Williamson’s men have created similar impact now, and McCullum believes they will move on from the Lord’s heartbreak.

“That’s the thing and it’s going to be so difficult for those guys,” McCullum told stuff.co.nz. “I was lucky enough to have a beer with them in the changing room and they were pretty broken, that’s for sure.

“They were also really proud of what they did and how well they played. Over the coming months and years, whilst it’s still raw now, they’ll understand just how magnificent that spectacle was. And for it to happen on the biggest of stages, to have played the hand that they played in that match is absolutely amazing.”

McCullum looked back on the MCG final in 2015 and called it “a missed opportunity”, but said he was pleased with the way how the team dealt with the result then and even now.

“Yes, it would’ve been lovely to have been a World Cup champion, but I’ve always said the game doesn’t define you but it’s the person and character you are,” McCullum said. “I was so pleased with how our team handled that loss, also the success throughout that tournament. It’s a bit different [but] I thought they’ve handled themselves magnificently in the aftermath of that result [at Lord’s].”

A bizarre play in the last over of England’s chase turned the final decisively. When Ben Stokes dived at the striker’s end to complete a second run, he inadvertently deflected a throw from outfielder Martin Guptill to the third-man boundary. England were awarded six runs, and there were questions raised on the call made by the umpires at the time. McCullum, though, chose not to dwell on that play which had worked against New Zealand.

“I guess if you look at the rules, it may not have been the right call but it’s just luck, that’s how it works,” he said. “There’s nothing to say that if Ben Stokes was facing the last ball and he needed four off that rather than two, he wouldn’t have struck that low full-toss out of the ground.

“I just don’t think you can focus on those things. It’s bitterly disappointing they didn’t work out for us but we had our elements of luck throughout that World Cup too, which gave us a chance. Unfortunately on the day it didn’t fall our way. I certainly don’t blame anyone.”