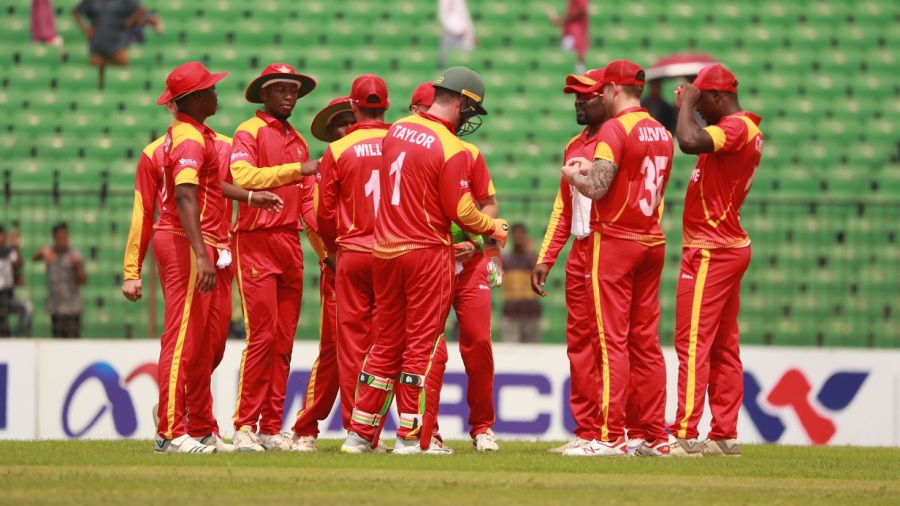 Zimbabwe’s tour of Bangladesh – their first international assignment following the suspension from the ICC in July – got off to a promising side with the tourists registering a seven-wicket win in a T20 tour game against Bangladesh Cricket Board XI.

Brendan Taylor steered the 143-run chase with his unbeaten 57, and shared an unbeaten 78-run, fourth-wicket partnership with Timycen Maruma. Zimbabweans had got off to a good start: Taylor and captain Hamilton Masakadza added 42 for the first wicket in nearly five overs, with Masakadza hitting six fours in his 32-ball 31. Offspinner Afif Hossain, however, pulled things back for the BCB XI, striking in three consecutive overs to remove Masakadza, Craig Ervine and Sean Williams to leave Zimbabwe at 66 for 3 in eight overs. Taylor and Maruma, however, controlled the chase thereafter, sealing a victory in the 18th over. Taylor’s 44-ball knock included two fours and three sixes, while Maruma struck five fours and a six in his 28-ball 46.

BCB XI’s innings had faltered after their top four were dismissed, having made promising starts. Sabbir Rahman (30) and Mushfiqur Rahim (26) were the top-scorers in the side but once they fell in the 15th over, the BCB XI managed only 35 in the last five overs. Sabbir and Mushfiqur had added 53 for the third wicket, building on the side’s quick start, but they fell within three balls to the left-arm spin of Sean Williams, who also claimed the wicket of opener Mohammad Naim in his haul of 3 for 18.

Zimbabwe and Bangladesh will play the first match of the T20I tri-series on September 13 in Dhaka, followed by a game between Zimbabwe and Afghanistan the next day.

DJ Rabada in the house: Kagiso Rabada is on song again – with help from Dad
Australia’s top order responds to ‘honest conversations’ after uncertain run
Tournament ‘quite wide open’ – Bismah Maroof after Pakistan’s tone-setting win
Sri Lanka & West Indies Team’s engaged in practices at SSC
‘We played a few too many shots because of the turn’ – Craig Ervine