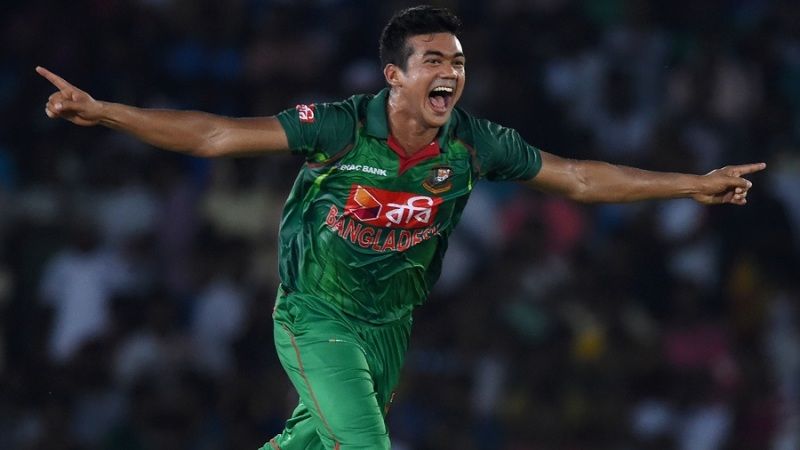 Taskin Ahmed is in contention for a recall to the ODI side on the back of his recent BPL form, according to ODI captain Mashrafe Mortaza. The Bangladesh selectors are likely to announce the squad for the three-match ODI series against New Zealand next month, on Wednesday.

Mashrafe also mentioned Sabbir Rahman among those who are likely to interest the selectors, but his six-month ban will still be in place when Bangladesh play the ODIs in New Zealand, from February 13 to 20.

“I think Taskin and Shafiul [Islam] are doing well [in the BPL],” Mashrafe said. “Sabbir has had one good knock (an 85 for Sylhet Sixers). The hope is for him to keep performing. There is unlikely to be a big change. There are some places which may be up for grabs if these players keep doing well. But there’s still a lot left in the tournament.”

Sabbir is unlikely to play in the first of the three Tests too, with his ban valid until February 28, the same day the first Test starts in Hamilton. The only way for him to play for Bangladesh before that is if the BCB relaxes its rules to make room for a batsman who is seen as a potential No. 6 in the ODI line-up.

“The type of innings he played against us, that’s the sort of batting we have expected from him in the Bangladesh set-up. But it is still early [days] to talk about.

“If we are thinking about an extra batsman, we can also talk about Mosaddek Hossain. Among the spinners that we usually pick as Shakib [Al Hasan]’s back-up, Nayeem Hasan has done well,” Mashrafe said.

Taskin has shown consistent pace, lengths and variation during the BPL so far, taking two four-wicket hauls for Sylhet Sixers among his 14 wickets. He last played an ODI in October 2017 and has been out of the reckoning due to fitness and form issues since March last year. Two other bowlers – Shafiul and Nayeem – too have earned Mashrafe’s mentions, having bowled reasonably well during the tournament.

Among those whose ODI spots could be under doubt for the New Zealand tour are Nazmul Islam, Abu Hider and Ariful Haque, none of whom have so far had impressive performances to show. Nazmul remains a back-up option for Shakib in those conditions, and that position could go to Nayeem, the promising 18-year-old offspinner.

Taskin may take Hider’s place while Sabbir – if he returns before February 28 – could yet be taken in Ariful’s place after the latter failed to come up with a sizeable score despite being kept in the senior side for a considerable period.