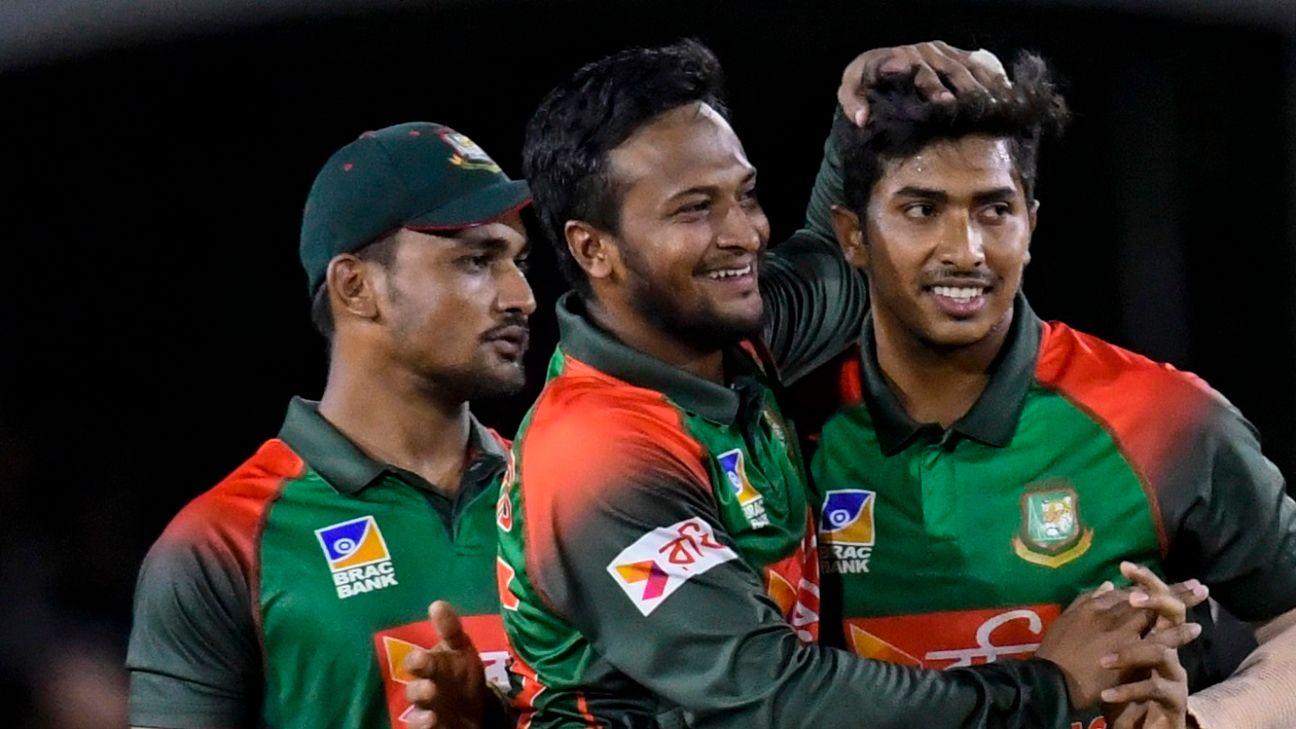 Bangladesh are headed for New Zealand next month, but might not have the ideal preparation for the tour, according to their coach Steve Rhodes.

Their top players currently engaged in the Bangladesh Premier League (BPL), which is being played in conditions vastly different from those they will encounter on their travels. The BPL will end on February 8, and Bangladesh’s warm-up game in Lincoln is slotted for February 10, followed by the first ODI on February 13 in Napier.

The group stage of the BPL finishes on February 2, and the touring players whose teams will exit the tournament then will leave for Christchurch early. The players who will be playing in the knockout stage, meanwhile, are likely to miss the practice match and get straight into the three-match ODI series, which will be followed by a series of three Test matches.

Rhodes accepted that the team could have trained in more appropriate conditions before the tough tour, but were left with no choice.

“Let’s keep that quiet from the New Zealanders that we’ve been playing on these wickets,” he joked. “It is far from ideal preparation, the way that we go straight from the BPL into ODIs in New Zealand. But what can we do about it? This tournament is a fantastic tournament, it needed fitting in, and it was the only slot available. We understand that, [those of us] involved in the national team, and we’ll deal with that.

“We know that the preparation is going to be very rushed for the ODIs against New Zealand but we’ll put up with that and we’ll give it our best shot and try and win the games that are put in front of us. The Test boys are different. They’ve got a little bit longer to prepare and acclimatise in New Zealand, so that shouldn’t be a problem.”

Rhodes suggested that the performances in the BPL shouldn’t be an indicator for judging the quality of the players.

“I don’t think we should get too carried away with the performances in BPL, whether the players do well or not so well. It’s a very different format to 50 overs,” he argued. “We have been doing quite well recently in ODIs, so I’m not getting too carried away. It doesn’t reflect too much on selection for World Cup, but it doesn’t do any harm if you play well in this tournament.”

One point of concern is that Rajshahi Kings had dropped Soumya Sarkar, the top-order batsman, from their last game after he returned 35 runs in five innings. Sarkar, however, will be on the trip to New Zealand.

“Most of the (franchise) owners are Bangladeshi and therefore you would think they have a strong interest in playing Bangladeshi players. But, having said that, they are here to win as well and if it means that some of the foreign stars get a go and Soumya doesn’t, then that’s because maybe Soumya hasn’t scored the runs that they wanted,” said Rhodes.

“I can understand it, you can only play so many players, and it’s up to Soumya and others to make sure they stay in that team and do well.”

On the subject of Sarkar, Rhodes said that the player must also try and figure out what role he wants to see himself in. “He is a player that can play all formats, he can bat in lots of different positions. I think, sometimes, being the player that does that, sometimes you don’t quite nail that position. Is he an opener, is he a middle-order player, is he an all-rounder?

“Those are the questions that still remain maybe unanswered. There is only one guy who can answer that and that’s Soumya, to hopefully get some consistency and success regularly in one position. But he’s a very good player to have because of that simple fact that he could do several things.”