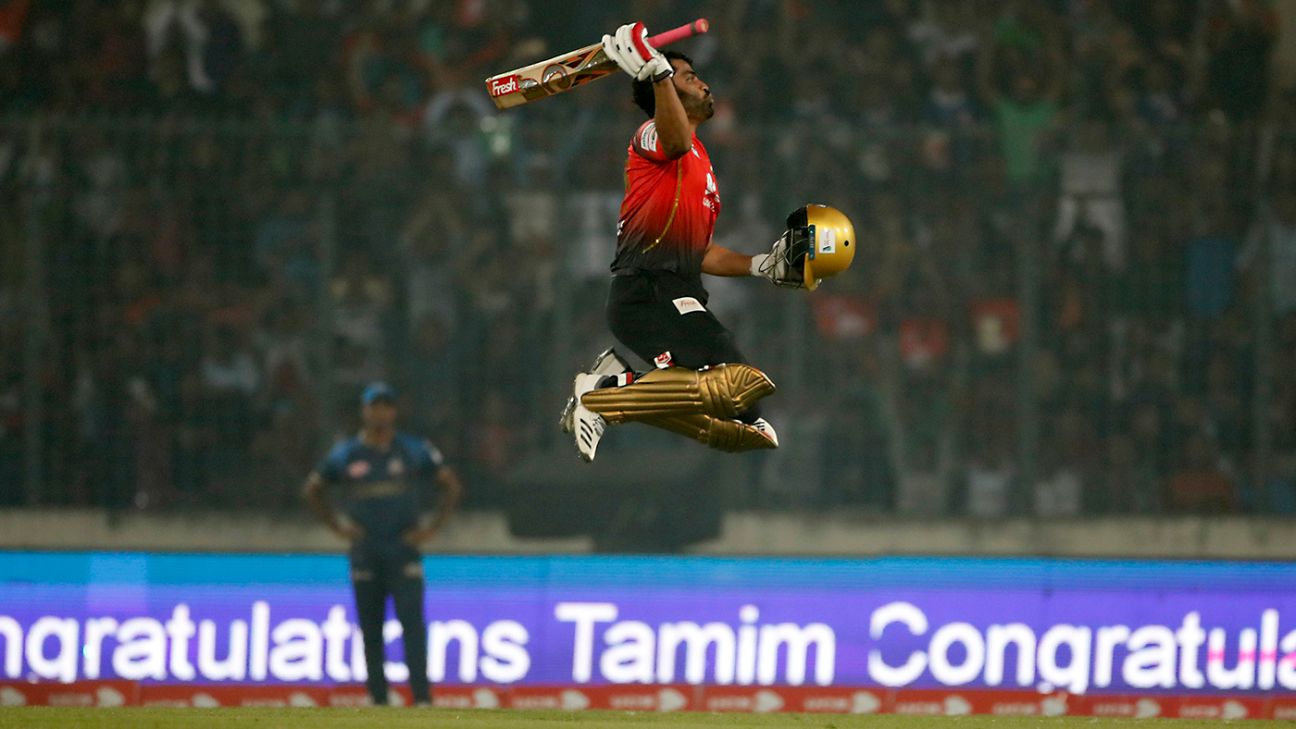 Tamim Iqbal will once again work with coach Mohammad Salahuddin in this season’s Bangladesh Premier League (BPL), this time for the Dhaka Platoon team – the pair had played key roles in Comilla Victorians’ triumph last season.

Tamim was the first pick in the draft on Sunday, and the Dhaka side later picked Mashrafe Mortaza too, a second A-plus category player.

There are some new faces among the coaches too: Ottis Gibson (Cumilla), Grant Flower (Rangpur), Kabir Ali (Chattogram) and Owais Shah (Rajshahi), while Khaled Mahmud is likely to be with the Khulna side.

No captains have been named yet for the squads.