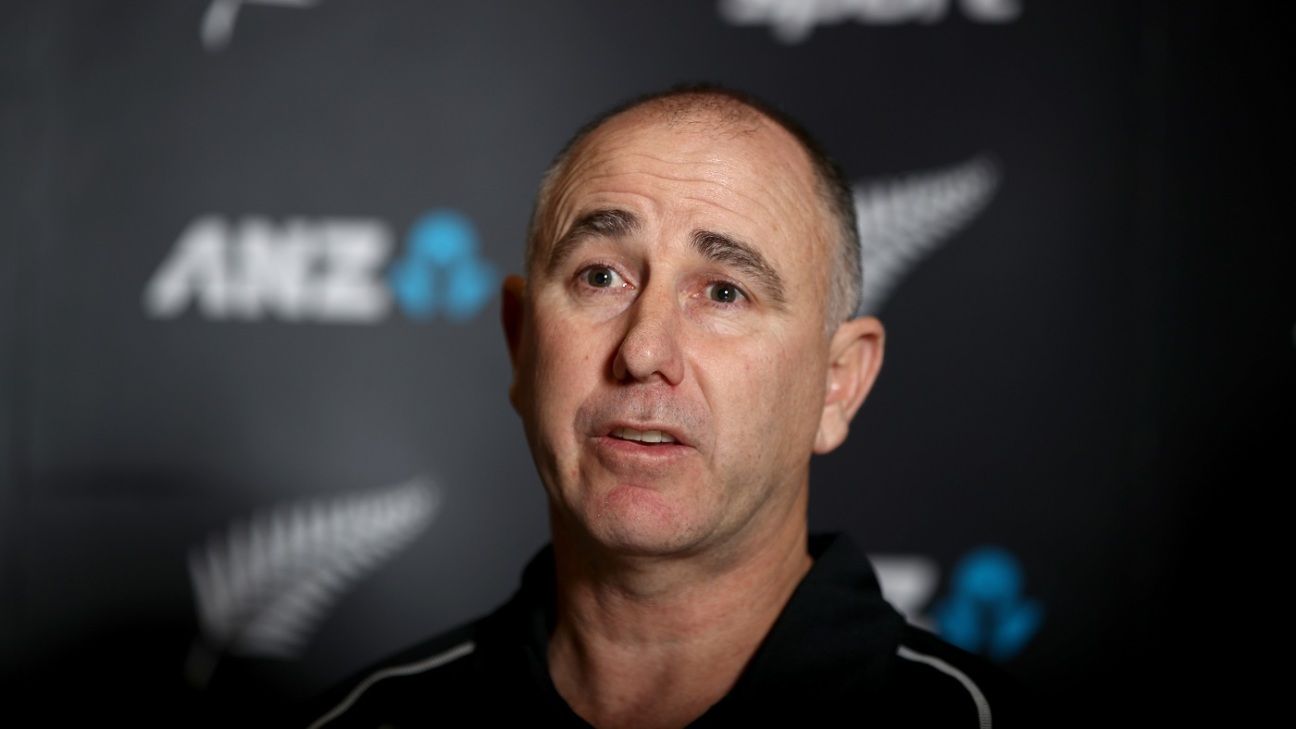 New Zealand will put the onus on bowling teams out at the World Cup rather than just restricting runs with coach Gary Stead believing that will be a key part of having a chance of winning the tournament.

It was a mantra instilled by Brendon McCullum during the 2015 tournament where New Zealand reached the final and the 2019 vintage are set to take a similar view into the field.

There was a nod to that aggressive mindset in one of the toughest selection calls made by Stead in the final 15 with Ish Sodhi preferred ahead of fellow legspinner Todd Astle for the second spin-bowling slot. Although he may not play many matches, with New Zealand likely to favour a seam-heavy attack, Sodhi is a more attacking option with the ball to have in reserve than Astle although provides less with bat and in the field.

There have been suggestions that captain Kane Williamson, who doesn’t have an official voice in selection, made a strong push for Sodhi although Stead insisted the final decision came down to him.

“People have been on the money around the legspinner spot and who we go with there,” Stead said of the choice between Sodhi and Astle. “We are fortunate we have two real quality legspinners and it made that decision tough.

ALSO READ: Uncapped in ODIs, who is Tom Blundell?

“You’ll have nine [other] teams who will all have slightly different ways of playing, the word is it will be a high-scoring World Cup as well, but the best chance with the ball is certainly if we can bowl teams out and be aggressive in that. Think that will be a critical factor.”

There was debate around whether Colin Munro would keep his place in the squad after a losing his spot in the starting XI during the home season, but the other most eye-catching selection was that of the uncapped wicketkeeper Tom Blundell who will provide back-up to Tom Latham.

It had been expected that Tim Seifert, who showed his exciting batting potential in the T20Is against India, would take that position but there remained doubts over the quality of his glovework. It appears his ability behind the stumps was as much of a decision maker as a broken finger he suffered recently which would have cleared up in time for the World Cup.

“In the end we’ve gone with Tom Blundell, we believe his keeping ability is superior and tie that in with his ability with the bat we think that would be a nice fit if Tom Latham was injured,” Stead said.

There are seven players in this squad who were part of the 2015 side beaten in the final at the MCG by Australia after a memorable run on home soil which finished with that thrilling semi-final victory over South Africa in Auckland.

Ross Taylor, who is heading into his fourth World Cup, was part of that side and expects falling just short four years ago will be a driving force this time.

“I think the last World Cup will play a big part in terms of dealing with those big games,” Taylor said. “We were pipped in the last game which was disappointing but think the players will use that as motivation – a lot of those guys who played in the final are in this side and hopefully we can go one step further.”