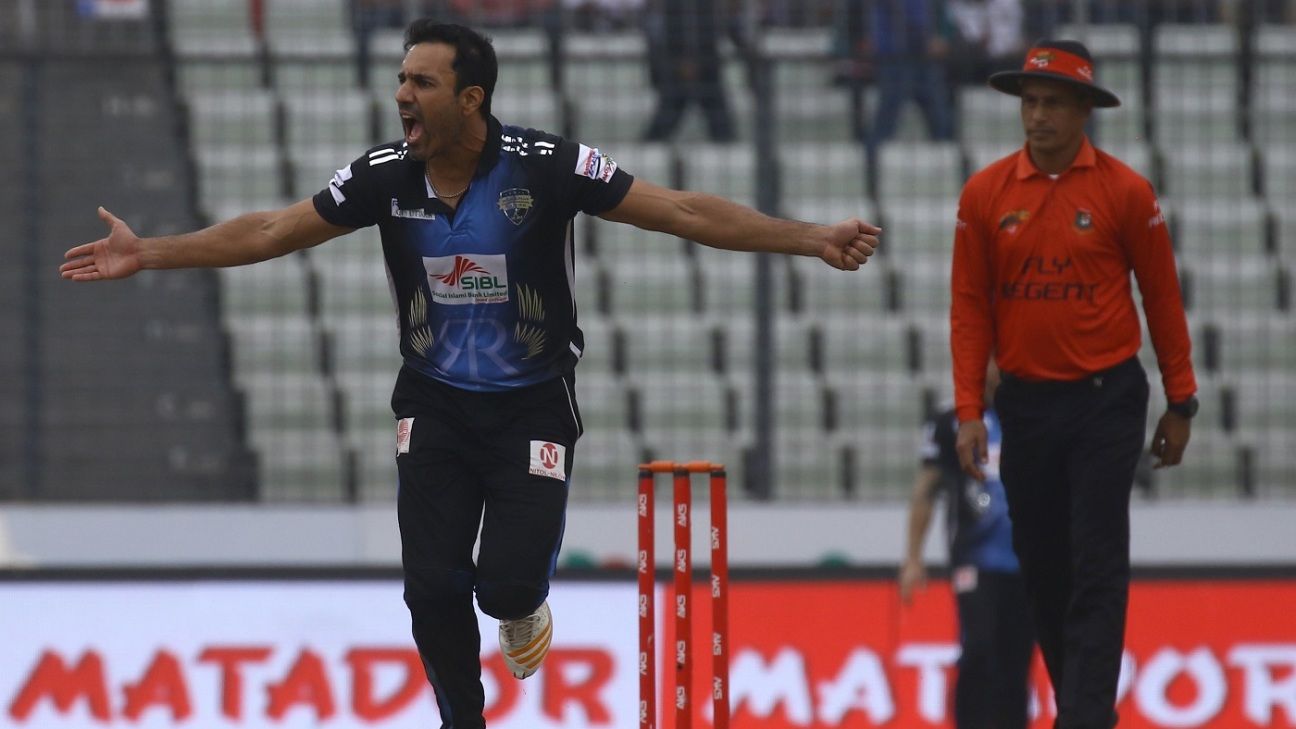 Rangpur Riders decimated the Comilla Victorians batting line-up for the second time this season and also displaced them at the top of the table with a crushing nine-wicket win in Dhaka. Victorians put up a reckless batting display as they folded for 72, which AB de Villiers and Chris Gayle then chased down within 10 overs.

Victorians, who made as many as three changes to their side in their last game ahead of the play-offs, lost five wickets inside Powerplay, mainly due to poor shot selections by their top-order batsmen. A mini revival was scripted by Ziaur Rahman, before he fell flat-batting a Ravi Bopara full toss to a leaping Rilee Rossouw at long-on in the 12th over. Bopara was on a hat-trick at the end of the over after castling Abu Hider with a yorker, leaving Victorians reeling at 56 for 7. It did not take much time for Riders’ bowlers to clean up Victorians’ tail after that.

Riders lost opener Mehedi Maruf early in the small chase, but a 67-run stand between de Villiers and Gayle took them to a thumping win. Bopara was adjudged Man-of-the-Match for his incredible figures of 3-0-7-3.

AB de Villiers, who will not be a part of Riders’ play-offs campaign, finished his BPL stint on a high. Apart from his 22-ball 34, his efforts on the field during Victorians’ innings – two catches and electric fielding – added to Riders’ collective performance.

Victorians batsmen’s poor shot selection. There were four ducks in their innings. Even their senior batsmen played impatiently, with Tamim Iqbal falling for a mistimed loft and the captain Imrul Kayes throwing his wicket to a miscued pull.

A dead rubber it may have been, but the Riders will walk into the play-offs with confidence, finishing on top of the table having displaced Victorians.