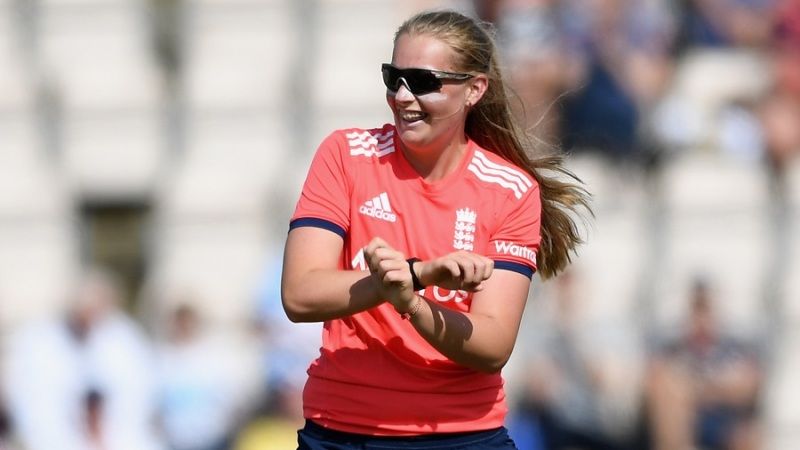 England left-arm spinner Sophie Ecclestone has been ruled out of the remainder of the tour of India after fracturing the fifth metacarpal on her right hand during a warm-up session ahead of the second ODI on Monday.

Ecclestone, who will fly home and not return for the tour of Sri Lanka, was not part of a select group of players who trained at the Wankhede Stadium on Tuesday. This was a result of scans revealing the extent of her injury after the second ODI, with Ecclestone going wicketless while conceding 31 runs in seven overs as England lost by seven wickets. England thus are still searching for their maiden bilateral series in India.

Ecclestone, however, was, the pick of the England bowlers in the tour opener, taking 2 for 27 in a losing cause, including the wickets of Jemimah Rodrigues and Deepti Sharma.

The 19-year-old Ecclestone is the second spinner England have lost to injury on this tour, after Laura Marsh, the offspinner, sustained a side-strain ahead of the first ODI.

“Yes, we lost the option of the ball going away from the left-handers with Laura picking up the injury,” captain Heather Knight had said after the loss on Monday. “Yeah, [her absence] potentially cost us a little bit. Losing Laura was a big disappointment for us.”

Marsh was picked as a like-for-like replacement for the now-retired Daniel Hazell, but missed the first two games, and is unlikely to return for the third. She is, however, expected to recover in time for the ODI series in Sri Lanka.

With Ecclestone and Marsh ruled out, England are left with only two frontline spinners in their squad: left-armer Alex Hartley and legspinning-allrounder Sophia Dunkley, who has yet to play a game in this series.

A replacement for Ecclestone, meanwhile, will be named after the third and final ODI on Thursday.

In December 2018, another promising, young left-arm spinner, Kirstie Gordon, was ruled out of action with a stress fracture of her lower back after she made a promising start to her England career with vital contributions to England’s runners-up finish in the T20 World Cup in November.