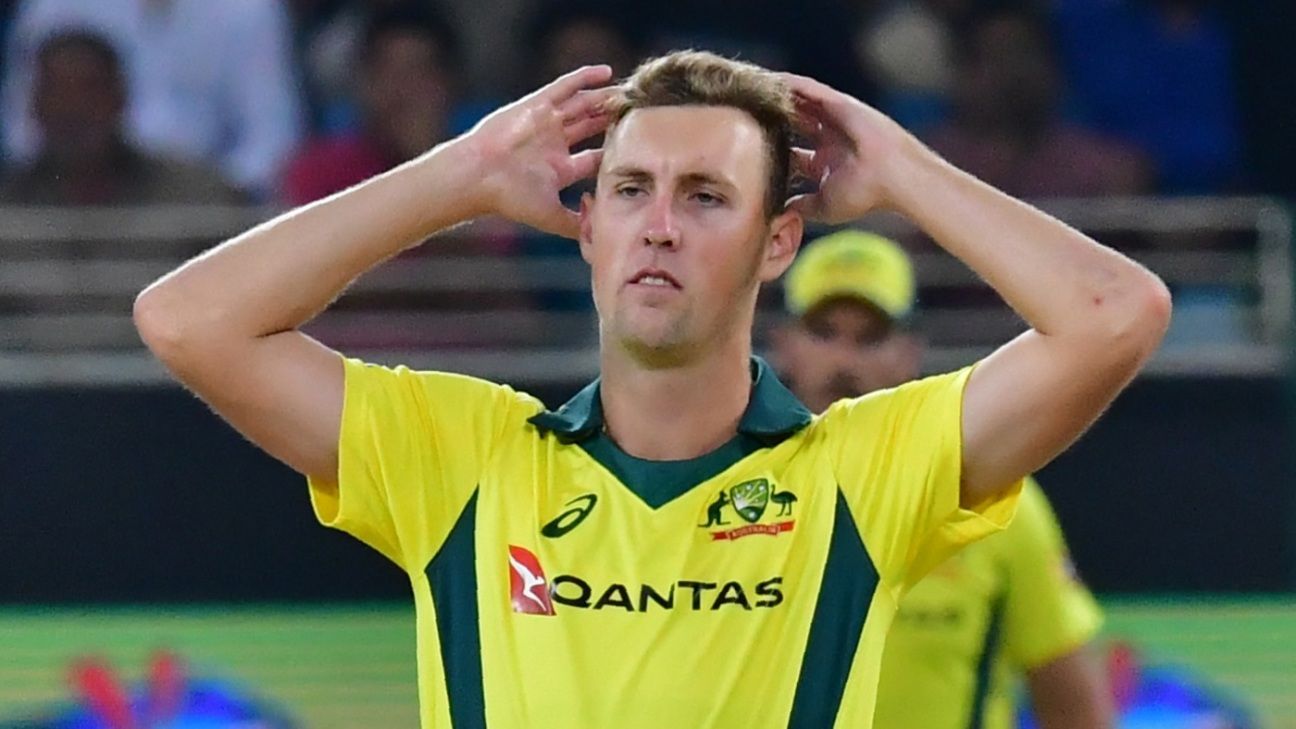 Billy Stanlake, the beanpole Australian fast bowler, has been ruled out of Derbyshire’s T20 Blast campaign through injury.

Derbyshire had signed Stanlake as a replacement for Kane Richardson, who was called into Australia’s World Cup squad, but after a routine scan detected a minor issue, the 6ft 6in quick was made unavailable.

The situation mirrors Stanlake’s aborted move to Yorkshire for the 2018 tournament, when he was withdrawn by Cricket Australia in order to rest ahead of an Australia A series.

Derbyshire’s head of cricket Dave Houghton said: “It’s disappointing not just for us because I know having spoken to Billy himself he’s probably the most disappointed person.

“It’s happened to him a couple of times where he’s had opportunities to come and play in England but has been pulled back by injury prevention, which is pretty much what has happened here.

“It’s very sad for him because he really wanted to play here, and sad for us because we would have loved to have seen him play.”

Houghton did not rule out signing a replacement for Stanlake for the Blast, but admitted that time was not on Derbyshire’s side.

“The quality that we want is diminishing by the day, people are being snapped up and there are other tournaments around the world,” he said. “What I don’t want to do is go out and find a person just to pop in when we’ve probably got players of a similar standard here on our own staff.

Stanlake, 24, has been dogged by injury problems throughout his short career. He has already sustained three stress fractures in his back, and was ruled out of the final stages of the 2018 IPL due to a fractured finger.

In 2018, he was ruled out of two T20Is against India after spraining his ankle during a pre-match catching drill.

Stanlake, who has featured in 7 ODIs and 17 T20Is for Australia, played his first first-class matches in over three years in March, picking up six wickets for Queensland in the process.