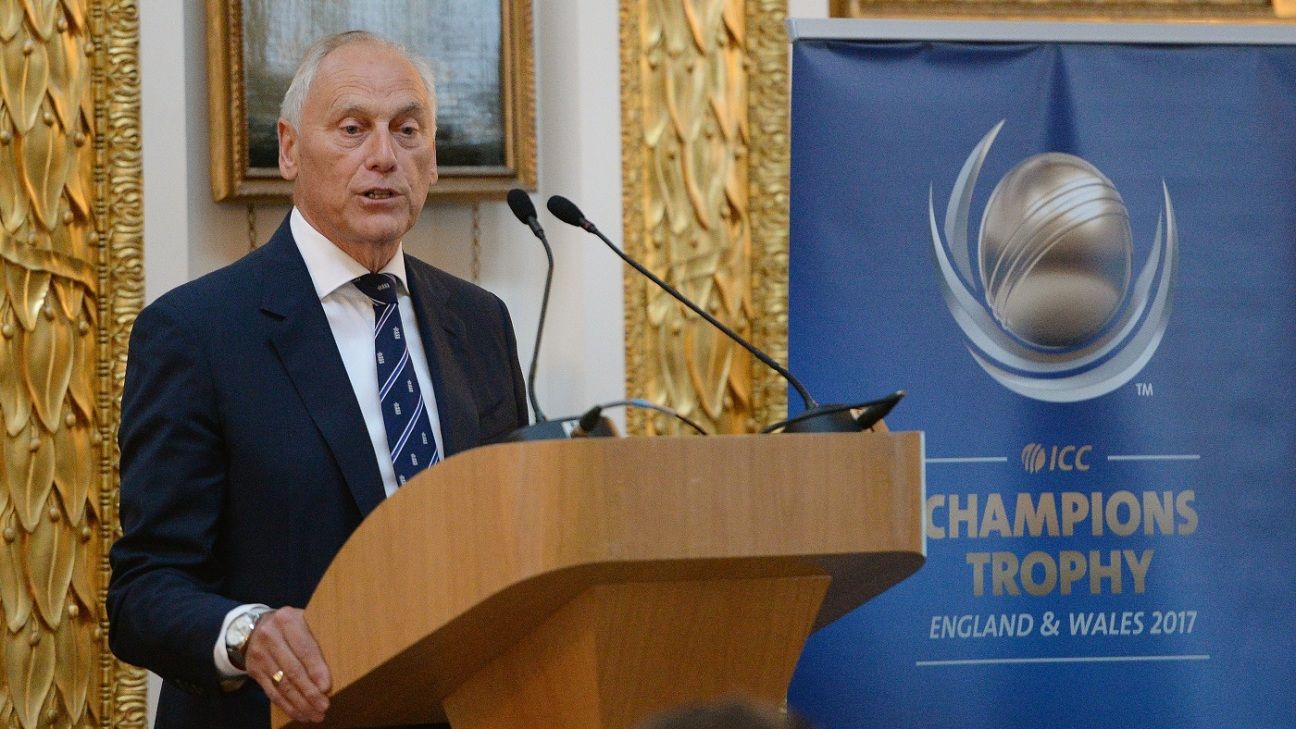 The ECB has joined the BCCI and Cricket Australia in raising concerns about the ICC’s decision to approve eight global tournaments in the next rights cycle (2023-31). This, even as the Indian board, with a new administration in place, has hardened its existing opposition, creating the possibility of not signing the new fixtures’ calendar.

Like its Indian and Australian counterparts, the ECB is worried that an additional global event for men and women in the next cycle would only hit bilateral cricket. Colin Graves, the ECB chairman, told the ICC that the move would not only “significantly risk marginalising” bilateral cricket, but also has the potential to “devalue” the World Test Championship model.

It is an important objection, given that Graves sits on two of the most powerful ICC committees: the finance and commercial affairs panel and the main board.

Curiously, these were the committees that approved the decision to have eight global events in the next rights cycle – as opposed to six between 2015 and 2023 – and given that three powerful boards have now made their concerns clear, it calls into question the status of the ICC statement, which presented the update as a fait accompli, and which some officials said at the time had the support of ECB and CA.

“We are seriously going to oppose their (new) governance structure, business model and the future tours programme. If it comes to a crunch, then I don’t see the BCCI is signing the MPA.”

The BCCI was the first to object to the plan, but since its objection had come when it was undergoing a transition in administration, the concerns didn’t present much of a real obstacle. At the time of the ICC decision, BCCI CEO Rahul Johri had said the decision was “premature”.

That position, moving ahead, will likely harden as new BCCI treasurer Arun Dhumal made clear. “We are seriously going to oppose their (new) governance structure, business model and the future tours programme,” he told the Indian Express. “If it comes to a crunch, then I don’t see the BCCI is signing the MPA.”

The ECB’s email now means that the three most financially strong boards have now all objected to the ICC plan, CA chief executive Kevin Roberts having expressed his concerns a fortnight ago and insisting that the next cycle was still “absolutely up for discussion”.

It is not surprising to see the BCCI, ECB and CA coming together to oppose the latest ICC move – one that is acknowledged by some to be a return to the state of affairs (of one ICC event every year) that was upset by the Big Three’s attempted takeover of the game in 2014. They are among the only boards that derive a significant amount of income from bilateral cricket, and additionally run high-profile and high-value domestic T20 leagues; next summer, the ECB launches The Hundred.

Graves told Sawhney that the extra global tournament could affect the ECB’s finance model. “It is our collective responsibility to protect that balance, which is increasingly challenging, but which must be maintained in the interests of the hundreds of millions of fans around the world and also to sustain the business model underwriting international Boards.

“It is our view that the current proposal for ICC Events post 2023 significantly risks marginalising bilateral cricket for many ICC Member Boards, including ECB, as well as potentially devaluing the status of ICC world championship events through their increased frequency.” Graves reminded the ICC that the future health of Test cricket must remain the foremost priority of all member boards and while the ICC had done its bit in launching the Test championship, he feared the move would hurt the championship.

“The World Test Championship provides a framework which drives increased context for Test cricket fans globally. Furthermore, the WTC Final is an ICC event through which ICC can demonstrate its commitment to the future of Test cricket, which is crucial to the health of all formats.

“ECB cannot support a proposal which seeks to play an additional men’s ICC Event in a year where the World Test Championship final is scheduled, as this risks de-valuing the World Test Championship and the future health of Test cricket. As a result of the above, ECB is not in a position to support the current proposal for ICC Events from 2023 – 2031.”

Graves also pointed to the impact of an extra event on player workload. “ECB cannot support a schedule that requires our best players to play more than they currently do. Player welfare is a primary concern to the ECB, and the current proposal requires that international players are likely to have fewer days to prepare and rest. With the growing demands on modern day cricketers, player welfare in terms of both mental and physical wellbeing, should be a concern for ICC as much as it is for Member Boards.”

The prospect of another Big Three v ICC situation seems imminent, though Graves, along with Roberts and Johri, have all sounded consultative notes. Graves suggested the ICC first allow the working committee for this new calendar to finish its report and then have further discussions before making a final decision. The working group comprises ICC board members [CSA president Chris Nenzani and CA chairman Earl Eddings] along with CEOs of BCCI [Johri], ECB [Tom Harrison] and Cricket West Indies [Johnny Grave], and was formed last year to formulate a strategy for the growth and development of the game.

“We are keen to work closely together with ICC to promote the interests of cricket globally, to attract more fans to the game, and to optimise commercial returns without further compromising the existing balance between ICC Events and bilateral cricket,” Graves wrote. “I am of the strong belief that working together as stakeholders, we can establish a calendar of events from 2023 onwards that achieves all of these aims and serves the interests of all ICC Members.”