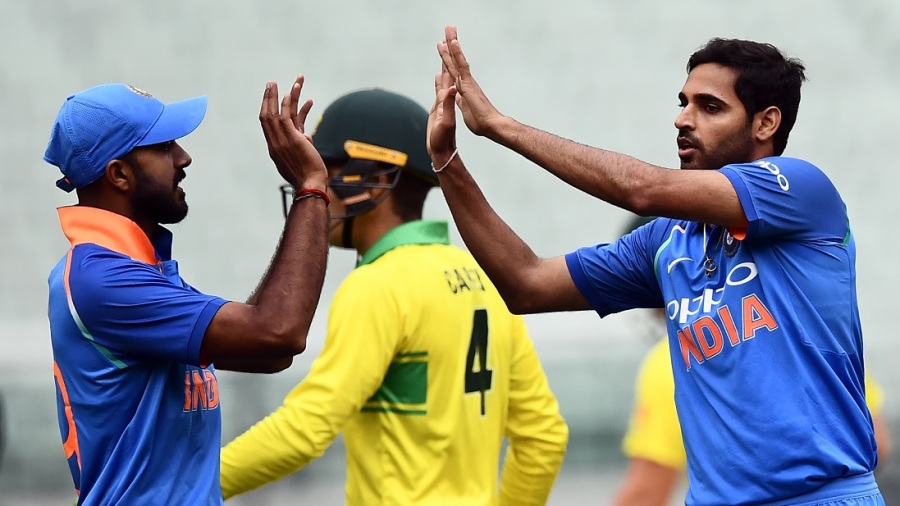 Australia challenged India in the first two ODIs, but they just couldn’t close those matches out. In Hyderabad, the tourists had reduced India to 99 for 4 in a fairly tricky chase of 237 on a two-paced pitch, but then they couldn’t find a way past MS Dhoni and Kedar Jadhav.

Then, in Nagpur, they were in the hunt when Peter Handscomb was marshalling Australia’s chase of 251, but Marcus Stoinis came up short in the end, despite seeing off a masterful spell from Jasprit Bumrah.

While Australia will be buoyed by the return of Aaron Finch to form, they need to rotate the strike more frequently against spin in the middle overs. Shaun Marsh, Australia’s best ODI batsman in the past year, and Handscomb will be crucial in this regard.

At the other end, India, having dug deep into their reserves, will look for more of the same to seal the series in Ranchi. They have received another major boost, with Bhuvneshwar Kumar returning to the roster after being rested for the first two ODIs.

If India get the series win out of the way, they might have some extra time to test out KL Rahul and Rishabh Pant ahead of the World Cup. What about Shikhar Dhawan? And what about Ambati Rayudu blowing hot and cold? Does Vijay Shankar have the game to bat at No.4? India have three ODIs to answer these questions.

After the five ODIs in India, Australia head to the UAE for another five-match series, but the time’s running out for them as well.

MS Dhoni (who else?). This could be his last international at his hometown, and all roads lead to the JSCA Stadium in Ranchi. He was smoking the net bowlers and the spinners during training, often pinging the pavilion that has been named after him. Ranchi is waiting with large eyes and bated breath to watch its beloved son finish it off in style.

Pat Cummins enjoyed a rare opportunity to bowl with the new ball in the second ODI, and bounced out Rohit Sharma. He also found swing at speeds north of 145kph and threatened both the edges. If Cummins continues to fire with the new ball, he could give the Australia management a happy headache when Mitchell Starc and Josh Hazlewood return from injuries

Bhuvneshwar had a fairly long stint – both with the bat and ball – on the eve of the match and is set to comeback in place of either Mohammed Shami or Jasprit Bumrah.

Australia are likely to retain a twin-spin attack in conditions that are expected to aid spin. With another arduous series in the UAE looming, they might look to rotate the injured Nathan Coulter-Nile in favour of Jason Behrendoff or Jhye Richardson.

The Ranchi track is likely to be slow, but the ball will skid onto the bat under lights when the dew sets in later in the evening. The weather is likely to be fine for the duration of the match.