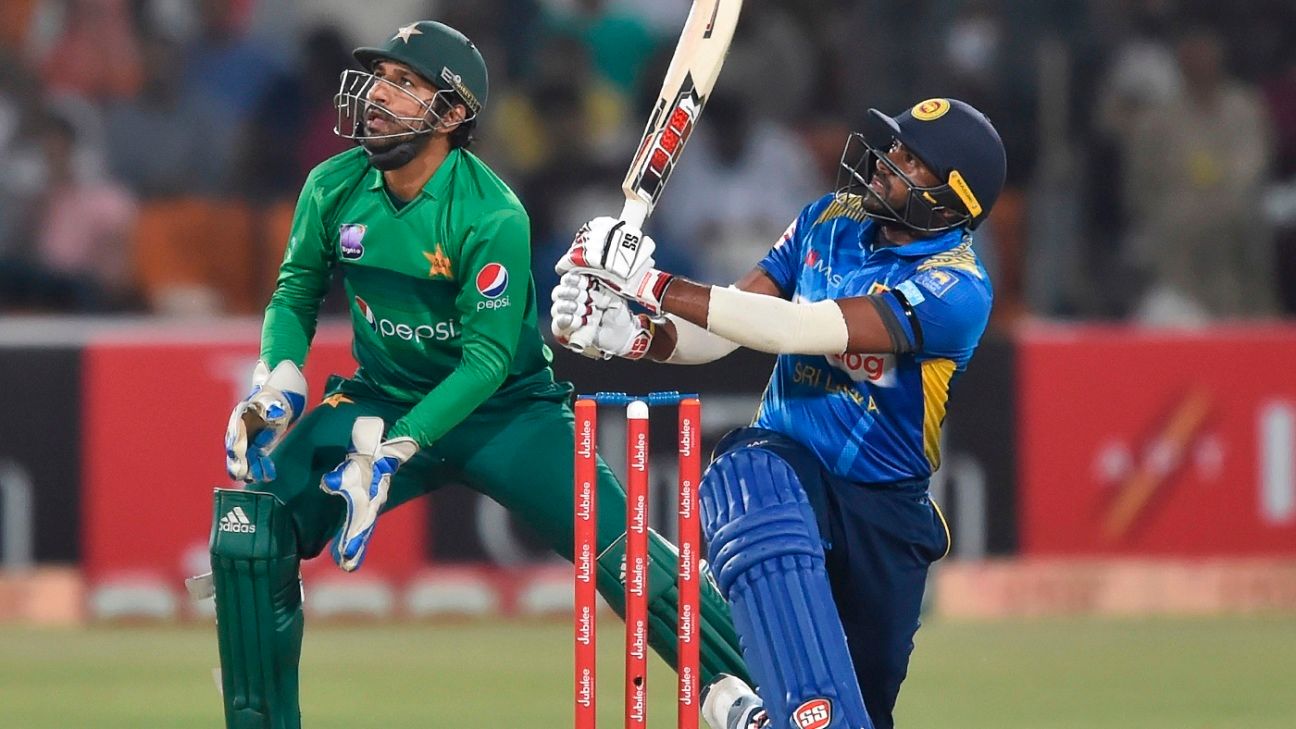 Batsmen Bhanuka Rajapaksa and Oshada Fernando have been retained in Sri Lanka’s full-strength squad for the T20I tour of Australia.

Unsurprisingly, Lasith Malinga returned to captain the team, while the likes of Kusal Mendis, Kusal Perera and Niroshan Dickwella – who had also sat out the Pakistan tour – reclaimed their places as well.

Malinga is guaranteed a place in the XI, but although they are in the squad, the two Kusals may not be able to take back their old spots, given the newer players’ good performances in those positions in Pakistan.

The attack, meanwhile, was largely unchanged from that which had appeared in Lahore. Wristspinners Wanindu Hasaranga and Lakshan Sandakan will provide the spin options, while Nuwan Pradeep, Kasun Rajitha, Isuru Udana and Lahiru Kumara will be the frontline seamers, along with Malinga.

There was no place for allrounder Lahiru Madushanka or wicketkeeper-batsmen Minod Bhanuka and Sadeera Samarawickrama, but allrounders Shehan Jayasuriya and Dasun Shanaka, who had led the team to the whitewash in Pakistan, were both in the squad.

Oshada and Rajapaksa made it to the Australia tour on the back of having provided Sri Lanka’s two best innings in Pakistan. Rajapaksa had struck 77 off 48 balls in the second T20 in Lahore, before Oshada made 78 not out off 48 on debut, in the next match. Opener Danushka Gunathilaka, who had hit Sri Lanka’s other half-century of the series was also picked.

The first of the three T20Is in the series is set to be played in Adelaide, on October 27, before the action moves to Brisbane and then Melbourne.