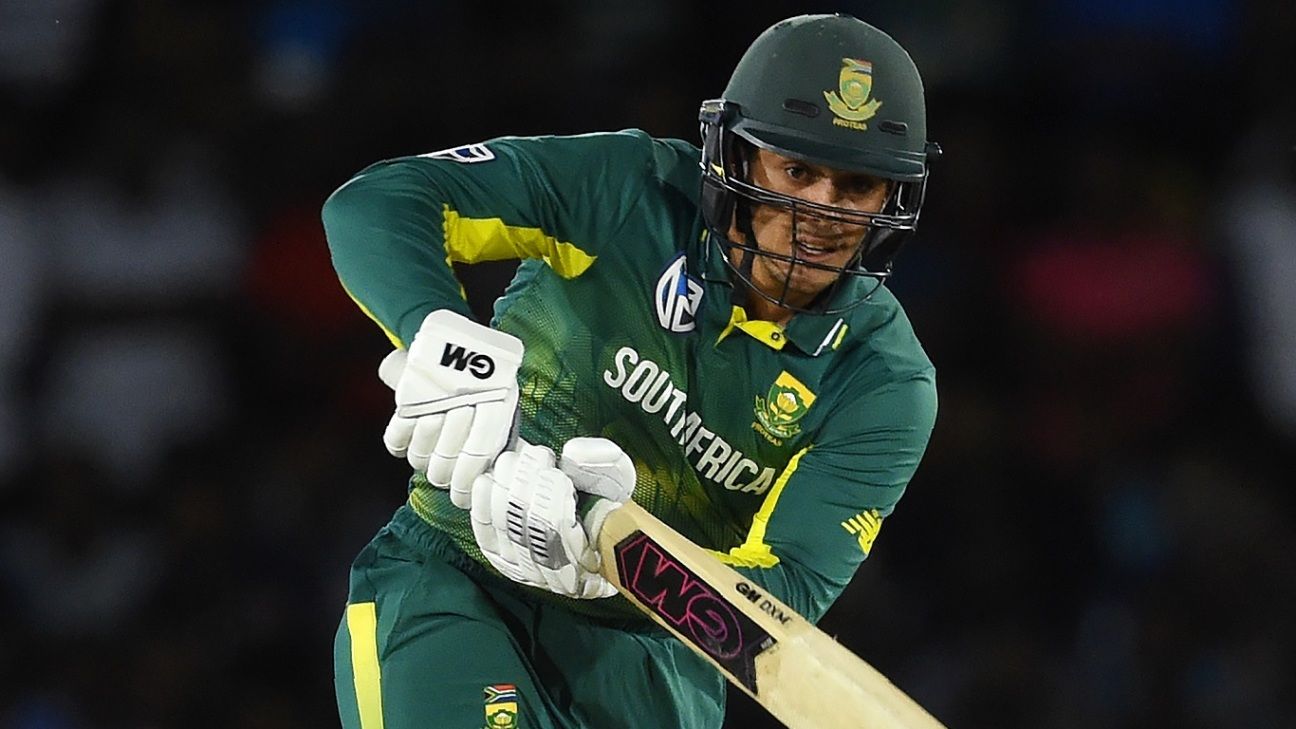 Quinton de Kock and Dale Steyn are back in South Africa’s squad for the remainder of the ODI series against Pakistan, while the left-arm seamer Beuran Hendricks, who is uncapped in ODIs, has also been called up.

De Kock and Steyn were rested for the first two matches after three Tests in quick succession. Hendricks’ selection is part of South Africa’s continued search for back-up seamers ahead of the World Cup. Hendricks, who has played seven T20Is between 2014 and 2017, showed consistent form for Jozi Stars in the recent Mzansi Super League, taking 12 wickets at 17.16.

Duanne Olivier, Dane Paterson and Heinrich Klaasen are the three players to drop out of the squad for the remaining ODIs, and rotation within the squad will continue as the selectors are hoping to pick fast bowler Anrich Nortje once he has fully recovered from an ankle injury and, after the ODIs, rest Kagiso Rabada for the T20I series against Pakistan.

“We are very happy with the depth of our fast bowling resources,” said selection panel convener Linda Zondi, “particularly if you consider that Lungi Ngidi is still on the road back from injury and we also want to have a look at Anrich Nortje when he is fully recovered. At the same time we want to explore all the options that are available to us and Beuran will be able to offer variety to our attack.”

Left-arm seamer Hendricks has taken eight wickets in his seven T20Is and has 87 wickets in List A cricket at an average of 32.86.

“We are well aware of what Duanne, Dane and Heinrich have to offer and in the case of Duanne we are mindful of the amount of bowling he has done at the top level over the past month and we want to give him a break ahead of the Test series against Sri Lanka,” Zondi said. “For the same reason we will be looking to rest Kagiso Rabada for the entire T20 International Series.”