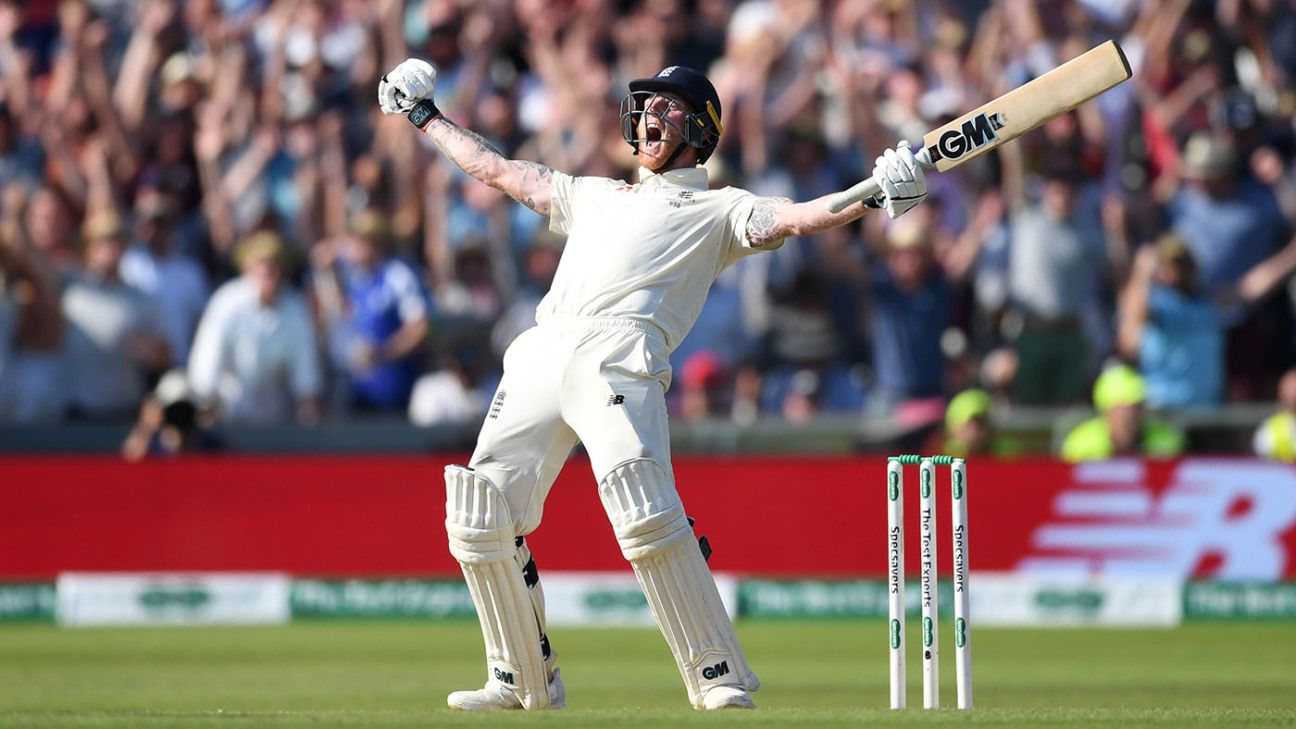 Ben Stokes’ heroics at Headingley and Lord’s this summer have been voted as the sport’s greatest performances in half a century, in a poll conducted to mark the 50th anniversary of the Professional Cricketers Association (PCA).

More than 1000 cricket fans were surveyed by the PCA and NatWest ahead of tonight’s PCA Awards in London, at which Stokes has been shortlisted for the prestigious Players’ Player of the Year award.

And Stokes’ masterful 135 not out in the third Ashes Test at Headingley, which followed on from a vital spell of 3 for 56 in Australia’s second innings, has sealed top spot in the poll, ahead of his unbeaten 84 in the World Cup final against New Zealand, with which he carried England into the decisive trophy-winning Super Over.

“When you are out there and trying to win the game you are in such a bubble you don’t let anything else get into that bubble,” Stokes told the PCA, as he recalled the events of that one-wicket win at Headingley.

“Obviously, you are aware of the atmosphere and the situation and the crowd but then when I eventually hit the winning runs it, the feelings I had, just went and it was ‘oh my god, this is incredible’.

“I was actually in the moment like everyone else was at that time, taking in the atmosphere, taking in the noise and looking around because everybody who was there in that ground on that day lived the same emotions as I did throughout that whole day, so to be able to take it all in and share that moment with them out there was pretty cool and something I’ll never forget.”

Stokes’ twin performances pushed Andrew Flintoff’s matchwinning heroics at Edgbaston in 2005 into third place on the poll, with Ian Botham’s original Headingley miracle, his 149 not out in 1981, in fourth spot.

Stuart Broad’s 8 for 15 against Australia, at Trent Bridge in 2015, was named at No.5, and Stokes even featured for a second time in the top ten, courtesy of his remarkable 258 from 198 balls at Cape Town in January 2016.

In addition to voting on their favourite performances, the respondents to the survey also indicated an uplift in interest in cricket thanks to the events of a memorable summer. Fifty-four percent of female respondents said they were more inclined to follow cricket on television or radio, while 46 percent are likelier to attend a match. Among 16 to 24-year-olds, 54 percent showed a greater interest in playing the game.

Reflecting on his memories of England’s World Cup win, Stokes added: “It will be something I will look back at in 15-20 years’ time and truly understand and appreciate what those two occasions meant and what they did for cricket.

“We did not just want to win the World Cup and the Ashes this summer, we wanted to win over the country in terms of what we do with our cricket. We wanted to reach out to new fans, we wanted more people to take up cricket on what we could potentially achieve.

“We have won the World Cup and had a brilliant summer which is what we wanted but I am also 100 percent convinced we have created new fans, inspired the next generation of England players and got people watching cricket again to a bigger extent than any of us could have imagined.”