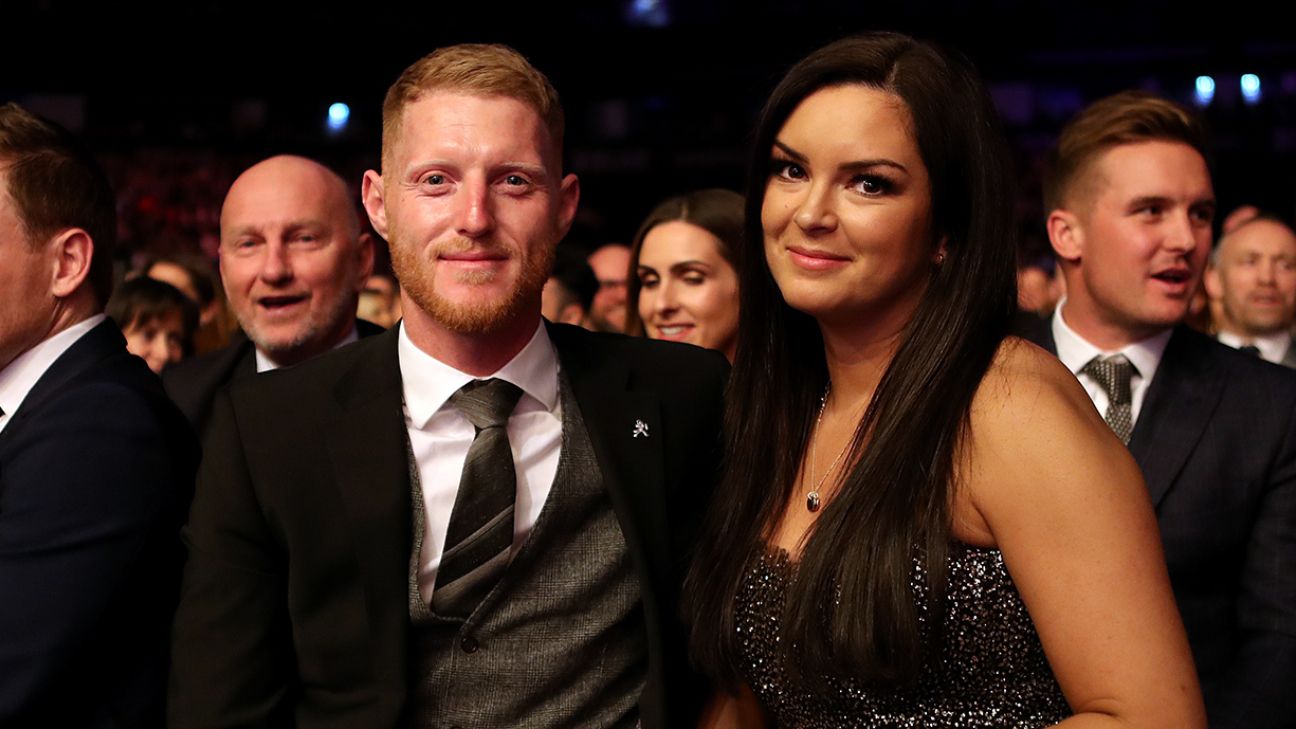 The signs, it has to be said, were translucent from the outset, from Gary Lineker’s introduction of cricket’s man of the moment as the “main award-winner” a full hour before the voting was due to open, to the presence at the ceremony in Aberdeen of the man himself – kept back from England’s tour of South Africa on a supremely well-founded hunch.

And sure enough – cue tickertape and triumphant chords – Ben Stokes duly became cricket’s fifth winner of the prestigious BBC Sports Personality of the Year Award, following in the footsteps of Jim Laker, David Steele and – rather more tellingly – each of the two other great allrounders whose feats are synonymous with an unforgettable summer of English cricket, Ian Botham in 1981 and Andrew Flintoff in 2005.

You could tell from Stokes’ emotional acceptance speech that this accolade was a big deal personally. He’s been to the brink and back in an extraordinary two years – a fact that he graciously addressed head-on as he thanked both his agent Neil Fairbrother for standing by him through Bristol, and for his wife Clare for being there throughout – including through some more recent tabloid moments that come with the celebrity territory that he now occupies.

But what will it mean to Stokes beyond the sportsman’s initial buzz of victory? As other recent winners, Andy Murray (three times) and Lewis Hamilton (in 2014) can attest, it’s one thing to win the biggest prizes that your sport has to offer, but there is something distinctly gratifying about capping all that with a public vote of acceptance – especially when, for whatever reason, your very personality has previously divided opinion.

But, for the rest of us – especially regular sports-fans who get their kicks from on-field antics and aren’t especially enamoured by SPOTY’s focus on X-Factor-style “journeys” – why should we care about this show, especially now, 65 years after inception, that it has begun to resemble less a review of the year than an annual festival of diminishing broadcasting rights?

It’s a question that Stokes’ team-mates weren’t especially forthcoming in answering either, as they gathered round in their team-room in Johannesburg to watch the crowning moment. Leaning back on a beanbag at the front of the room, Sam Curran’s near-perfect impression of a performing seal epitomised the “yeah! But meh…” vibe that SPOTY generally exudes.

Curran and his team-mates were quietly delighted, for sure, but jump-around-the-room-high-fiving-like-a-Jamie-Vardy-title-party delighted? Not so much. It’s safe to say that the actual feats with which Stokes secured this festive bauble – at Lord’s in July and at Headingley a month later – were rather more rapturously received.

However, a standing camera in the corner of Tom Harrison’s living room might have captured rather more dramatic #scenes.

Because, for Harrison, the ECB’s chief executive, this moment of populist palanquin-ery arguably represents the most complete moment of triumph of an extraordinarily golden sporting summer.

The return of cricket to front-and-centre billing on the BBC – and not just through Stokes himself, but through a trilogy of triumphs, Team of the Year and Sporting Moment of the Year too – is the final leg-up that the sport needed before its emotional return to the nation’s bosom in 2020, the final pep-talk-before-the-hot-date that a desperately needy sport was angling for, as it dares to dream that it can be loved again by more people than just its die-hard supporters.

For cricket will be back on the BBC next summer – albeit in the guise of ten Hundred matches, a brace of T20 internationals and a raft of women’s fixtures – which is not exactly the type of banquet that will fill a SPOTY montage by the time next year’s ceremony comes around. In fact, it was revealing that, having at least forked out for some of the key highlights this year (2013, I’m looking at you…) the producers opted to pad out Stokes’ moment with footage from a Red Bull advert. The cupboard really is bare these days.

But at least this evening’s ceremony was ultimate proof that people care – arguably even more proof than was gleaned from the 4.5 million viewers who flipped over to Channel 4 at the completion of the Wimbledon final this summer. It’s one thing to channel-surf and have an event thrumming along in the background, it’s quite another to go to the effort of finding your BBC login and actually placing a vote. Just ask Lab … actually, let’s not go there.

Either way, it is easy to sneer about the relevance of SPOTY – and cricket’s fans have done so on an annual basis for the past 14 years of free-to-air banishment. But at the end of a summer that simply couldn’t have gone better for England’s administrators (yes, the team could have won the Ashes, but any marketeer worth his salt would have traded a routine win for the sort of timeless jeopardy that Stokes served up at Headingley) the sport’s main man, and more than a few of the supporting cast too, have been handed another prime-time, free-to-air moment of triumph.

And let’s not under-estimate the importance of household names in sport. In 2014, thanks to the BBC’s coverage of the Winter Olympics, Lizzy Yarnold earned a nomination for sliding down a mountain on a tea-tray (for all that she slid exceptionally well). Whereas Moeen Ali, squirrelled away behind Sky’s paywall, did not, despite spinning England to victory in a come-from-behind Test series against India.

Similarly Formula 1, golf (through The Open), show-jumping and darts have all been better represented on the SPOTY podium that cricket since Flintoff’s win in 2005. Ian Bell (2013) and James Anderson (2018) have both been nominated in recent years, but without any expectation of harvesting anything close to enough votes.

But now cricket’s back, and therefore all fans of the sport are obliged to leave their SPOTY cynicism to one side, and sing the ceremony to the rafters. Yes, we really are that fickle, but it’s been a long and fruitless wait in the shadows.

And while it does seem random that that famous TV-camera trophy has been claimed by more racing drivers than even footballers down the years, it’s rare that the winner has not been responsible for an indelible moment that makes his or her chosen sport proud.

Leaving aside Steele’s victory in 1975, which was Jack Leach-esque in its everyman attributes, it’s fair to say that Laker’s match in 1956, Botham’s Ashes in 1981, Flintoff’s Ashes in 2005, and Stokes’ summer of 2019 all share a shorthand that will echo down the ages.

And, moreover, this latest addition to the annals will ripple into next summer too. Suddenly, Northern Superchargers versus Manchester Originals won’t seem quite so lacking in context to the casual sporting public. Especially once Stokes, Eoin Morgan, Jason Roy and Jofra Archer (last seen lolling on Jonathan Ross’s sofa) have done a few more of the BBC’s light-entertainment rounds to build on this World Cup win among sports PR triumphs.