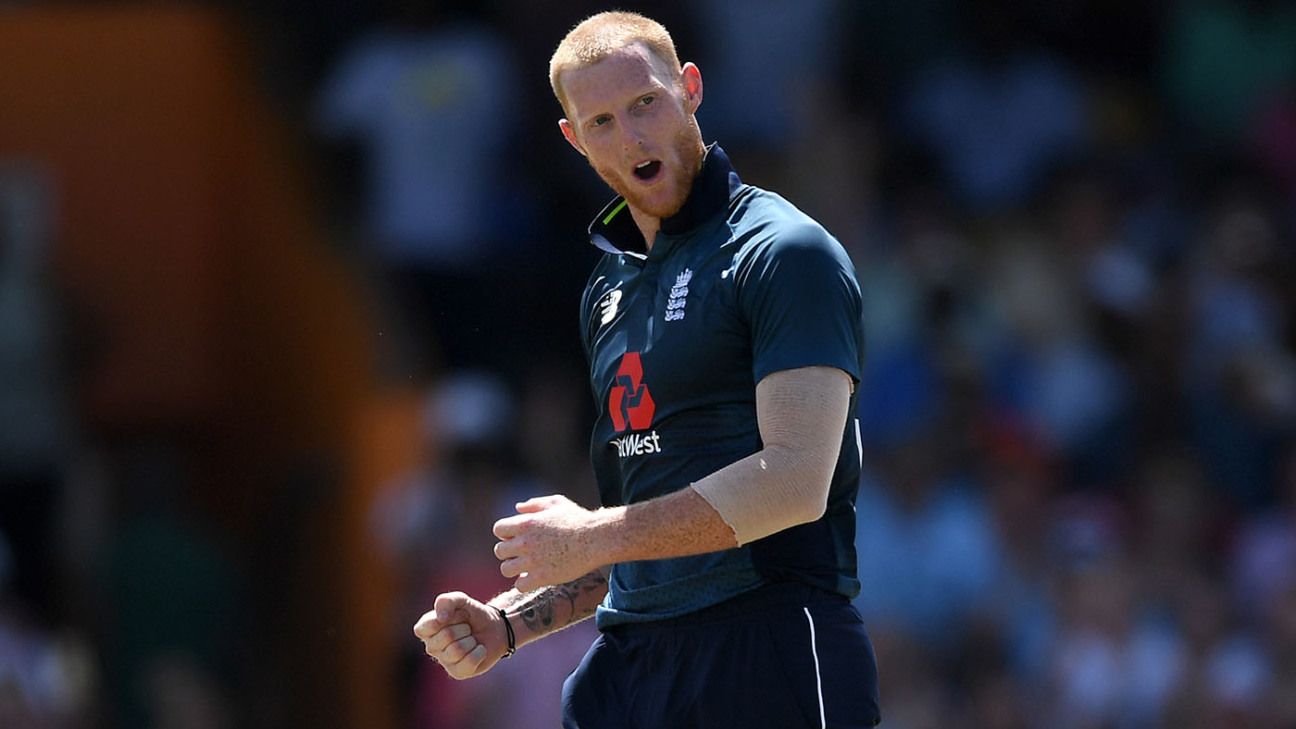 Ben Stokes has said the chain of events that escalated from his fight outside a Bristol nightclub in September 2017 may be the “the best thing that could have happened to me”, as he reflected on his brush with career oblivion in his first full interview since the incident occurred.

Speaking exclusively to ESPNcricinfo during a visit to a children’s charity in Jaipur, Stokes – who is playing for Rajasthan Royals in this year’s IPL – said that his lifestyle had been transformed since he was acquitted of affray at Bristol Crown Court in August last year.

And, having missed last year’s Ashes tour of Australia after being suspended by the ECB pending the police investigation, Stokes said that he is doubly determined to win this year’s World Cup on home soil, because “I don’t want to be remembered as the guy who had a fight in the street”.

“Thinking all this is going to be taken away from me might be the thing that has changed the way I do things,” Stokes said of an episode which dogged his career for 15 months before being concluded in December last year, at the completion of the ECB’s Cricket Discipline Commission (CDC) hearing. “I was that close to my career ending and being thrown away just like that. Maybe that is it.

“It sounds silly but, could Bristol have been the best thing that could have happened to me? Who knows. But maybe in terms of my way of thinking.”

Stokes said that his off-field activities had changed since his arrest outside Mbargo nightclub at 2.30am, in the wake of England’s victory over West Indies in an ODI in Bristol.

“I don’t go out anymore. I mean, I might go out for dinner, but I don’t go out-out [for a big night] anymore in England.

“I used to love going out and celebrating with the lads. But we can do that in the hotel and I don’t miss it. I don’t feel that urge any more. Once you make the transition to not doing it then you don’t miss it

“It’s pointless. You get recognised and then, after someone has had a few ego boosters, a few vodka and whatevers, they feel they can come up to you and say whatever they feel. There are people ready to target you everywhere you go. I prefer staying in and chatting nonsense with my team-mates.”

“No matter what happens in life with me now, the Bristol thing will always be there. It’s something I’ll always carry with me. Always.”

Stokes added that he had learned a different way to let off steam amid the pressures of being a high-profile sportsman, and accepted that, at the age of 27, he’s reaching the point of his career when he needs to take greater care of his athleticism.

“The older you get the harder you’ve got to train,” Stokes says. “You don’t have niggles when you’re 20. But as you get older you start to feel it. I’m only 27 but it is about this age that everything starts to hurt a bit more and it’s harder to get going.

“I just feel that the best thing to do if I want to play for as long as possible is be as fit as I can be. I don’t want to look back at the end of my career and say I could have done more and I could have tried harder.”

He also insisted that the England team as a whole did not have a “drinking culture”, a claim that was exacerbated by a spate of incidents during the Ashes tour in 2017-18, the trip that Stokes himself missed in the wake of his arrest.

“I’m not sure where that phrase came from,” he says. “But it’s very unfair. I guess you put what happened in Bristol and then what happened in Australia with Jonny Bairstow together and, even though they were completely different situations, they involve alcohol, so suddenly it’s seen as a drinking problem. It’s not right the phrase.”

“That night wasn’t normal,” he added of the Bristol incident. “I hardly drink. I might have a beer or glass of wine over dinner.”

Stokes’ involvement with a children’s charity in Jaipur is just one aspect of how he is now seeking to use his high profile to improve the lot of others who are less fortunate than he is.

“It is a terrible situation,” Stokes said of the levels of child poverty in India. “But it is good that people are going to hear about it and see what I’ve had my eyes opened to. I’m definitely going to stay involved.”

“I want to do things on the field to be remembered for. If we win the World Cup, that becomes the first paragraph [of his ESPNcricinfo profile], doesn’t it? I don’t want to be remembered as the guy who had a fight in the street.”