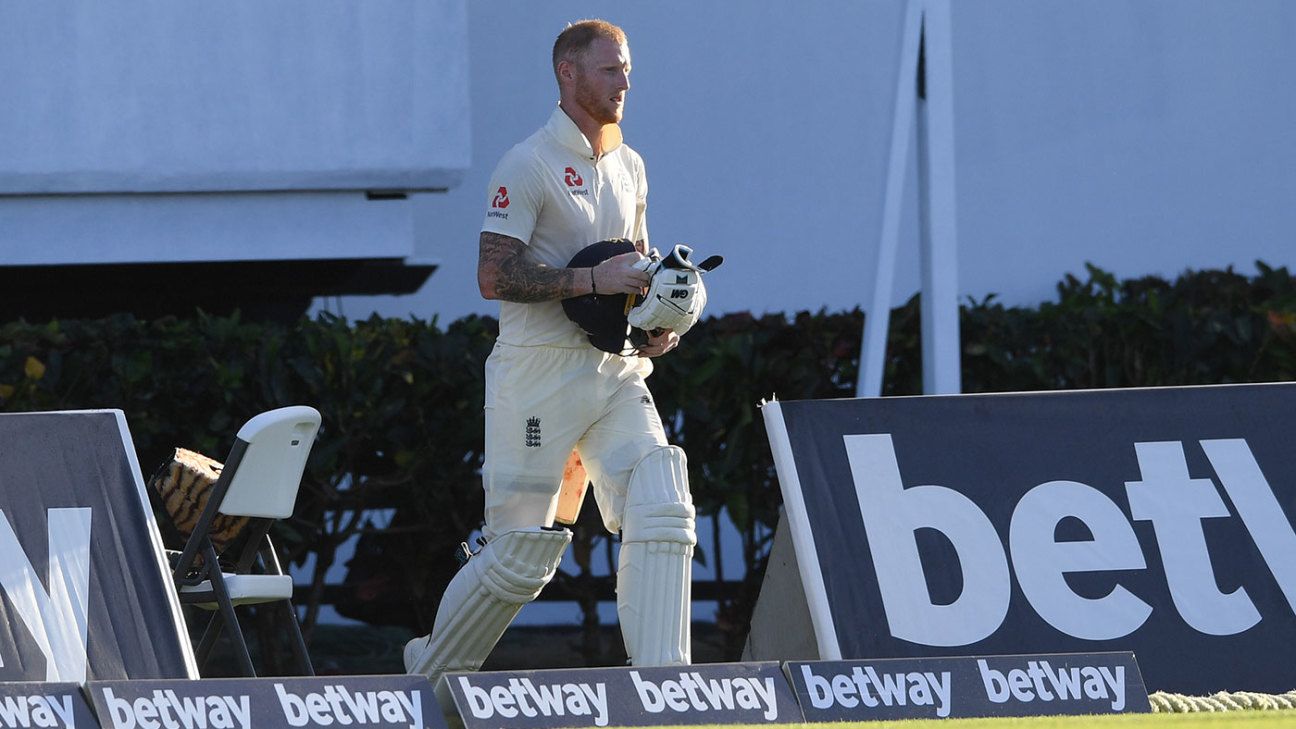 Ben Stokes benefitted from a huge slice of good fortune – as well as a recent rewrite of the Laws of Cricket – as his counterattacking half-century on the opening day of the St Lucia Test was allowed to continue after he had left the field of play following his apparent dismissal by Alzarri Joseph.

Stokes, on 52 at the time, had left the field aghast in the 70th over after pulling a short ball from Joseph straight back to the bowler, who checked himself well in his followthrough to cling onto a fast-travelling chance.

However, replays on the big screen soon alerted both the crowd and the umpires to the possibility that Joseph had overstepped.

That in itself is nothing new – this was, according to Sky Sports, the 18th dismissal that West Indies alone had had a wicket overturned due to a no-ball since January 2017.

Unusally, however, Stokes had already crossed the boundary rope and climbed the steps into the pavilion. He had been replaced on the field by England’s No. 7 Jonny Bairstow when the onfield umpire, Rod Tucker signalled the no-ball, following confirmation from Chris Gaffaney in the third umpire’s chair.

Until recently, Stokes’ departure from the field of play would have signalled the end of the matter. However, he was the beneficiary of MCC’s decision, in April 2017, to define Law 31.7, which governs the status of batsmen “leaving the wicket under a misapprehension”.

The new code, which came into force in October 2017, includes an additional clause to reflect the ubiquity of televised replays in major matches.

The law now reads: “An umpire shall intervene if satisfied that a batsman, not having been given out, has left the wicket under a misapprehension of being out. The umpire intervening shall call and signal Dead ball to prevent any further action by the fielding side and shall recall the batsman.

Stokes finished the day on 62 not out, as he and his fifth-wicket partner, Jos Buttler, batted through to the close without further alarm in their stand of 124.

“Thank God for technology,” said Stokes at the close of play. “‘It’s a first for me and it’s probably something they need to get control of. In international cricket you shouldn’t be walking off, getting into the changing rooms, and then back out there two minutes later.

“It’s a good job I didn’t take my pads off. It was just a bizarre bit of cricket all round.

“I tried to get myself back in that same frame of mind I was when me and Jos were going well out there,” he added. “There was a lot of cheering going on so I had to blank that out and start again.”