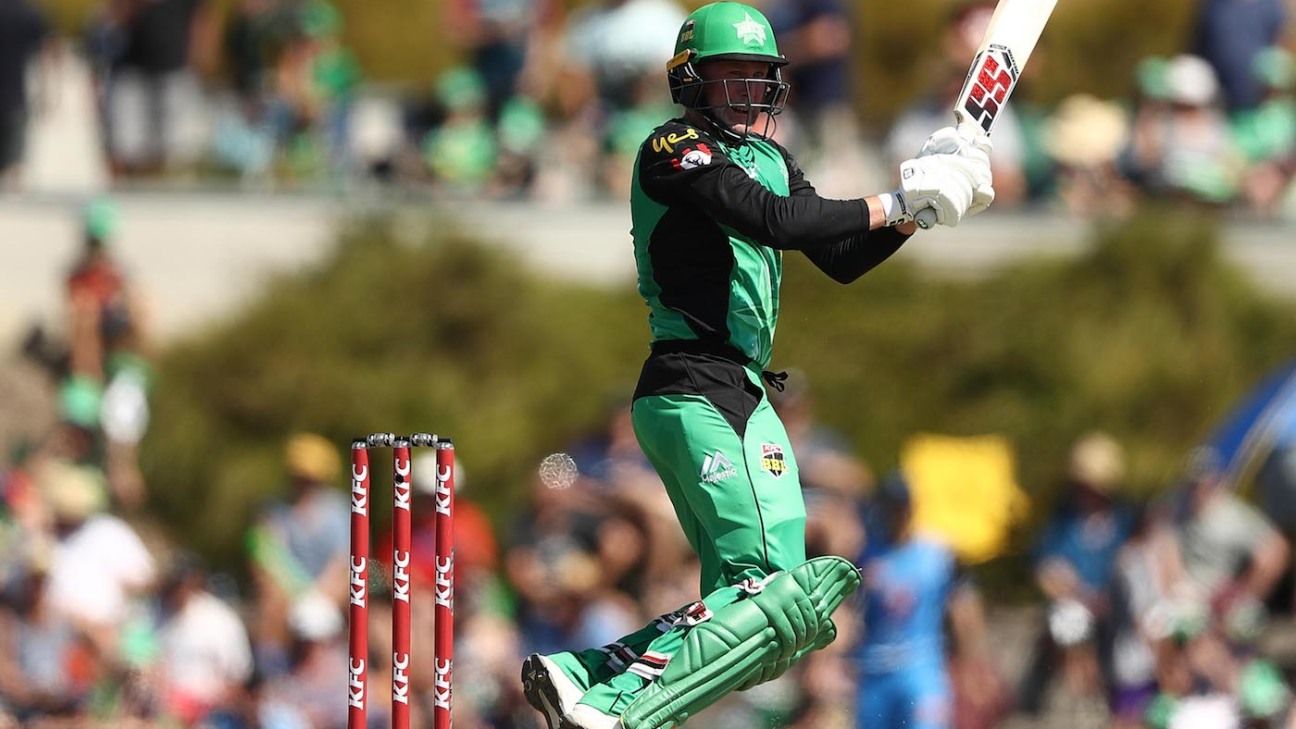 A rejuvenated Melbourne Stars impressively adjusted to slower conditions with a well-crafted batting performance followed by disciplined bowling to comprehensively outplay Adelaide Strikers in the first-ever BBL match in the regional Victorian town of Moe.

After being sent in, Stars built a strong target of 2 for 167 on a slow and low Ted Summerton Reserve surface on the back of a century opening stand by Ben Dunk and Marcus Stoinis. In reply, Strikers never looked threatening as their struggling batting line-up embarrassingly succumbed in the back-end, losing 6 for 11 in 22 deliveries.

The accurate Stars attack was led by the red-hot Stoinis, who once again completed a stirring all-round performance.

It was a crucial victory for a full-strength Stars, who moved to a 5-5 record and won their second in a row since the return of key players from national duty. Reigning champions Strikers (4-6) are in danger of missing the playoffs after losing their third straight match.

There was much intrigue over the pitch and both teams opted for a conservative approach in a game of cat and mouse. In-form Stoinis started watchfully and had an early reprieve with Colin Ingram dropping a tough catch at cover in the first over.

Dunk, however, was keen to get out of a form slump after averaging just 18 in the tournament leaving his position under scrutiny ahead of the contest. He rediscovered his touch by smoking several boundaries through the off-side to get off to a flyer.

He was soon matched by Stoinis, who had scored just eight runs off his first 13 balls before upping the ante by boldly attacking Strikers’ main weapon Rashid Khan. Forced to come on in the Powerplay, Rashid was unable to tap into his bag of tricks against the confident Stoinis who slammed a pair of boundaries to signal his intent.

With Rashid’s potency stymied, Strikers’ struggling attack was bereft of ideas as they continued to miss the services of veteran Peter Siddle to national duty. Dunk, fittingly, notched his second-half century of the tournament with a six over extra cover in the 13th over and Stoinis reached the landmark just three balls later – his third in his last four BBL innings.

Strikers’ – who were wicketless in a hammering last start against Hobart Hurricanes – drought ended when Stoinis holed out off Khan in the 14th over, but the 113-run opening partnership had the Stars perfectly poised to compile a mammoth total.

Stars unable to get into overdrive on slow surface

Stars’ expected huge total never quite materialised with the latter overs relatively sedate. The spin of Rashid and Liam O’Connor slowed the runs down momentarily after Stoinis’ dismissal before Dunk launched out against pace.

Relishing the extra zip from big quick Billy Stanlake, Dunk whipped over the deep square leg boundary and he relished the short ball tactics from the Strikers’ quicks. Handscomb, meanwhile, showcased his liking against spin with a masterful sweep to the boundary off Khan, who finished with the unusually expensive figures of 1-32 from four overs.

Scoring quickly wasn’t easy on a slowing wicket conjuring low bounce and Handscomb hogged much of the strike at the death before being run out on the final delivery after making 36 off 22 balls.

Stars were impressive but they left plenty of firepower in the shed with Strikers undoubtedly relieved not having to bowl to Glenn Maxwell.

Alex Carey started perfectly with a boundary off the first ball of the innings bowled by Maxwell before disaster struck Strikers in the fourth over when Jake Weatherald was unluckily run out at the non-striker’s end after Jackson Bird got his hand onto the ball in his follow through.

Back in the lineup after being dropped earlier in the tournament, Jake Lehmann came out at No. 3 and was immediately aggressive. In a surprising move, legspinner Adam Zampa came on in the sixth over – much like Rashid in Stars’ innings – and was promptly smashed for 13 runs with Lehmann hitting a couple of belligerent boundaries.

Strikers were on course until Carey holed out off Stoinis in the seventh over.

Just like earlier in the day, runs became increasingly difficult to score on a surface playing tricks with a Stoinis delivery in the 11th over rearing and requiring Lehmann to sway out of the way.

Much of Strikers’ hopes rested on Lehmann and in-form Ingram. However, the latter couldn’t get going and holed out in the 12th over with the required run-rate spiralling out of control. Lehmann fell to a slower Dwayne Bravo delivery in the 14th over and the Strikers then crashed ensuring their title defence hangs in the balance.