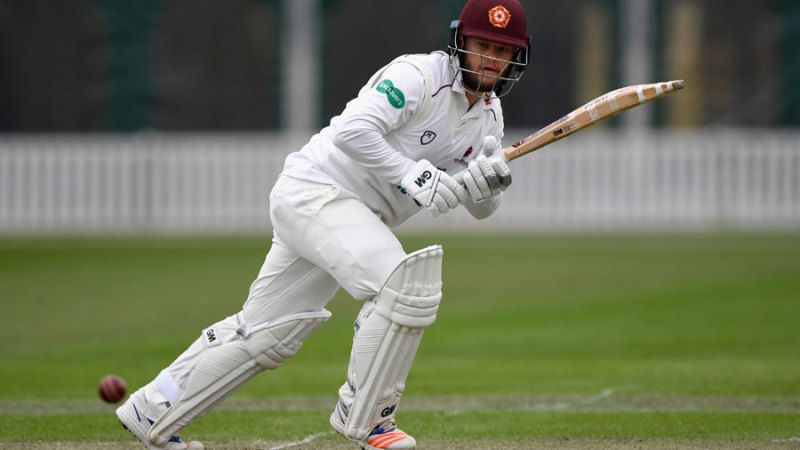 After the Krishnagiri Stadium in Wayanad received scathing feedback for producing spicy pitches for Kerala’s Ranji Trophy knockout matches, it rolled out a more benign surface for the opening day of the first unofficial Test. By stumps, England Lions held the advantage, getting to 303 for 5 thanks to well-paced fifties from Ben Duckett and Sam Hain, and handy contributions from the middle order.

Fear of extra moisture under the surface delayed the start by half an hour, and with both sides unsure as to how the pitch would behave, India A captain Ankit Bawne sent England Lions in.

The new ball, however, didn’t do any tricks for either Shardul Thakur or Navdeep Saini, and Duckett and Max Holden got off to a brisk start, the two left-handers putting on 82 for the first wicket in 23.3 overs. Holden, the less aggressive of the two, hit four fours in getting to 26 before Saini got him to edge one to the keeper.

Duckett felt India A’s fast bowlers may have been unclear in their approach. “They tried too many things,” he said at the end of the day’s play. “Maybe they searched a little bit more with the new ball. The three of them bowled fairly good pace. The wicket was slow, maybe it quickened up towards the end. I felt comfortable against all of them.

“Today, they bowled quite wide to me. Maybe they could have bowled a bit straighter.”

Duckett feasted on the width, cover-driving Thakur for successive fours in the 33rd over. He raised his fifty by caressing one to the point boundary, and England got to lunch at 92 for 1.

With the pitch offering minimal help, India’s quicks tried different approaches. While Avesh Khan went at full throttle relentlessly, Thakur and Saini mixed up their pace and waited for errors in judgment.

Thakur finally reaped the reward, getting Duckett to drag one on at 80. Avesh then got Ollie Pope with one that sped through him and crashed into his off stump.

Then on, Hain kept the momentum going, making India’s bowlers, especially spinners Jalaj Saxena and Shahbaz Nadeem, toil hard. Even as the Lions lost Pope and captain Sam Billings after the second drinks break, Hain carried on, grinding his way to his fifty in the afternoon heat, allowing himself only a few moments of flamboyance. His dismissal came off a poor shot, though, as he top-edged a pull off Saxena to the keeper.

That was the last wicket India would take on the day, as Steven Mullaney and Will Jacks put on an unbroken sixth-wicket partnership of 65. Jacks ended the day on 40 and the composed Mullaney on 39, leaving the Lions looking poised for a big total.