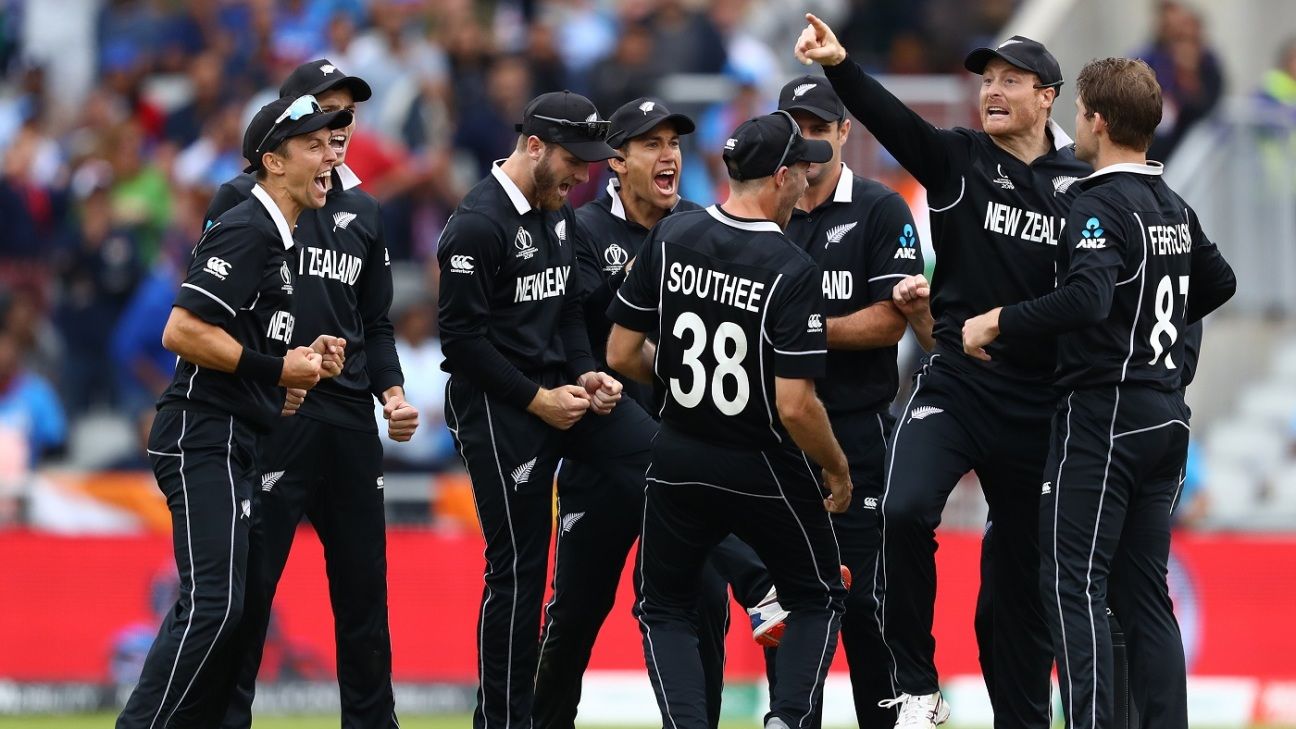 Winning the heart-stopping semi-final against South Africa in the World Cup four years ago was vastly different from the latest one at Old Trafford, but the hard scrap to beat India was extremely satisfying, Kane Williamson said after leading New Zealand into the 2019 World Cup final at Lord’s.

“Yeah, it’s a different feeling, to be fair,” he said after New Zealand beat India by 18 runs. “The surfaces and the way we’ve had to try and skin it over the round robin and coming into the semi-finals, it’s been quite different to the last World Cup we experienced. But the guys have showed a lot of heart throughout this whole campaign.”

WATCH on Hotstar (India only): How the India wickets fell

Thought of as pushovers after losing their last three league matches and talked off as the “easier semi-finalists” for India, New Zealand rallied to come up with an inspired effort against the table toppers.

Williamson and Ross Taylor set up the game with battling half-centuries, but their go-slow left many wondering if New Zealand had finished with a below-par 238. Having spent 137 minutes to make a 95-ball 67, Williamson felt understanding the nature of the surface quickly was key to finishing well and applying pressure on India’s top order.

“It was really tough work,” Williamson said of New Zealand’s batting innings. “I suppose we had to assess the conditions quickly. Certainly looking at the surface, I suppose both teams thought it would be a lot more high scoring.

“The ball spun quite sharply and we thought if we got 240-250, we’d be right there in the game to put India under pressure. That is how it rather ended up. The guys were clinical at the back end to get us to a competitive total, perhaps without going too hard and finishing up with 210-220.”

Resuming on the reserve day on 211 for 5, New Zealand added 27 off the remaining 23 deliveries, hitting just one more boundary.

“A lot of it was on the conditions,” he said. “With rain around, we wanted to see if it changed conditions [as compared to Tuesday]. Then with the ball, we wanted to move the ball off the seam, in the air and try and put some pressure on the Indian side. Obviously they’re a world-class side, and the guys were able to do that.”

Key to their start with the ball was Matt Henry‘s telling burst that accounted for Rohit Sharma, KL Rahul and Dinesh Karthik. He eventually finished with 3 for 37, overcoming a serious challenge from MS Dhoni and Ravindra Jadeja as the chase got dramatic.

“It was nice to get some early wickets of guys who’ve been playing some brilliant cricket,” Williamson said. “We knew as it slowed up, it would be a tough squeeze. We needed to stay in the game for long periods. Being under so much pressure, to take the game to a stage where they could potentially win, it the way they were hitting it with Jadeja and Dhoni, the effort from our bowlers was outstanding.”

Two days before the semi-final, Williamson had sat his team down in the middle of the ground at Old Trafford. He was seen having an animated chat with the entire group, which he later revealed was about actually infusing self-belief despite an 18-day period where they were winless.

“Some of those games were tough, conditions have been tricky at times and have varied throughout the game,” he explained. “While we didn’t play our best cricket in some of those games, there were other parts to consider and bear in mind, so [we] shouldn’t get too disheartened and know that we’ll still go out and play as long as we give ourselves the best chance of having success.

“Being underdogs coming into the semis didn’t mean too much as long as we’ve played best cricket, all these sides have beaten each other, we knew on our day anything can happen. It was a game of small margins, and it was nice of the guys to fight the way they did.”