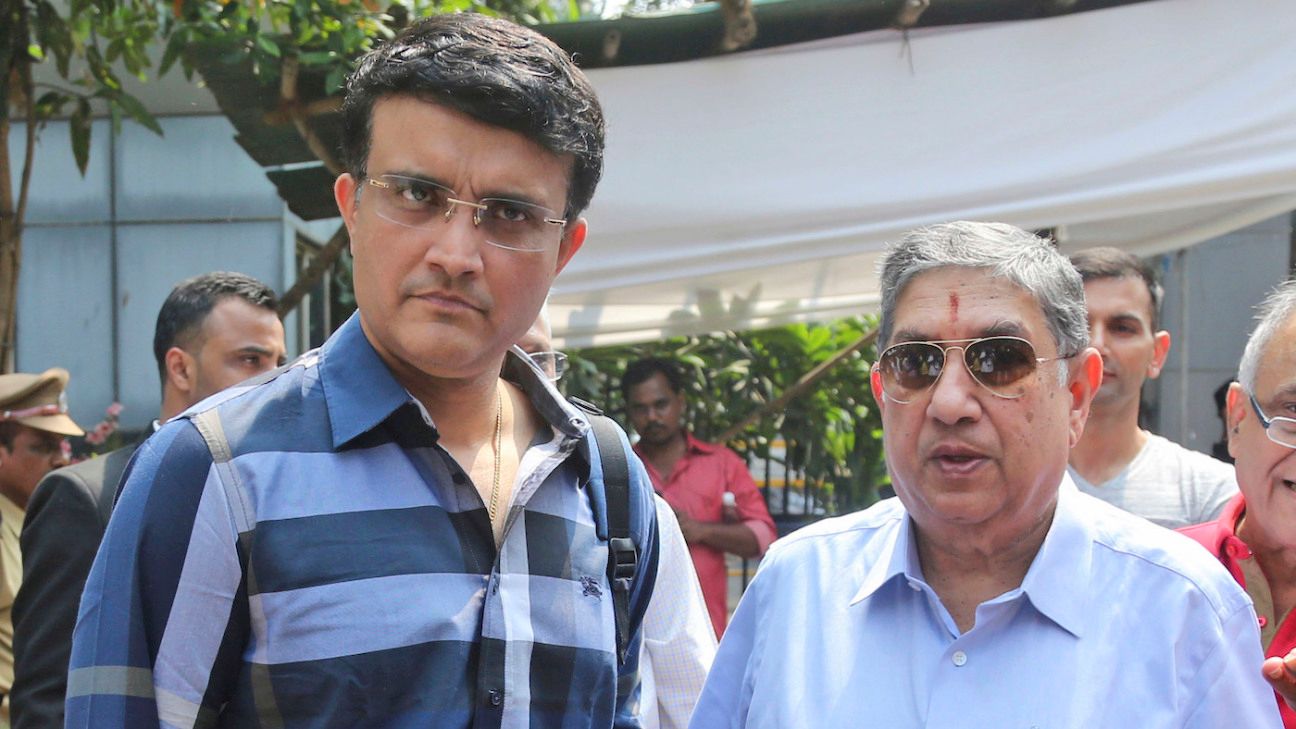 Discontent is imminent in cricket’s global boardroom as all member boards face the prospect of a reduction in their share from the ICC’s central revenues.

The reduction is likely on account of – among other factors – ICC’s rising operational costs, hosting extra events, and the addition of two new Full Members. In quantum, the BCCI stands to lose the most, with its projected revenue for the ICC having dipped to US$372 million from the US$405 million that had been originally forecast – the former figure was what new BCCI president Sourav Ganguly referred to on the day he took over. But smaller boards, more dependent on the ICC pay-out, might feel the squeeze more; six boards were forecast revenues of US$128 million over eight years, which has now dipped to approximately US$115 million.

Ganguly has made it clear he will fight for India’s share of ICC revenues, and together with the BCCI’s objection to the ICC plan of an extra event in the calender’s post-2023 cycle, a showdown between the ICC and BCCI is gaining momentum.

The ICC and its members agreed upon a new financial model in 2017, which rolled back changes in revenue distribution worked out by the cricket boards from India, England and Australia, referred to as the Big Three, who had granted themselves a larger share of the global revenues.

The way the ICC’s rights deals work means that these are not final but only projected figures. The original targets could still be hit, and it’s important to note that the revenue distribution model is based on percentage, and not actual figures. And those percentages remain the same. The calculations for the 2017 model were based on the projection that the ICC earns US$2.7 billion from the 2016-2023 rights cycle. Those earnings include money from broadcast rights and also commercial rights – it is these commercial rights deals that are variable and could change, resulting in a change in actual (not percentage) distribution.

The other variable is the costs the ICC incurs, in hosting its events and in running itself – and this is something the BCCI flagged as a concern back in 2017. “The ICC operation and production costs are ballooning and that has taken a hit on the ICC distribution to members,” one official told ESPNcricinfo.

Partly, this is a problem of accountancy. The costs projected in the 2017 model are thought by some officials to be too low – not as unrealistic as those projected in the Big Three model in 2014, but still low. So as real costs have turned out to be higher, the distribution of funds has been hit.

Further, since the 2017 financial model was confirmed, two new Full Members have arrived, in Ireland and Afghanistan, and though their shares are lower at US$40 million each, it is still a share from the Full Member pie – which was projected to be US$1.536 billion (out of the US$2.7 billion total rights earning) – that wasn’t accounted for.

The thing to bear in mind is the fluidity. After a successful men’s World Cup in England earlier this summer, the ICC is optimistic about further commercial growth in the remaining three men’s world tournaments in the current cycle (the T20 World Cups in 2020 and 2021 and the World Cup in 2023). Commercial deals around those tournaments are yet to be closed, especially the latter two, both of which are in India.

It is those two tournaments that Ganguly referred to when he spoke about the revenues being “heavy at the back-end” of the cycle. The ICC pays out members their revenues twice every year in the rights cycle (in January and July) but because the value of each tournament is different (both from a broadcast and commercial perspective) the pay-outs vary. So any tournament in India will always be worth more in a rights deal and as a result the pay-outs are greater once those tournaments are over. One estimate has the BCCI receiving as much as 75% of their total due only across these two tournaments.

“One estimate has the BCCI receiving as much as 75% of their total due from the ICC only across the T20 World Cups in 2020 and 2021. This is what Sourav Ganguly referred to when he said revenues were “heavy at the back-end” of the cycle.”

But that members, and especially the BCCI, are talking about potential reductions will assume greater importance in coming months. Ganguly has already said earlier this month that he will push for a greater share in ICC revenues for the BCCI. And in its briefings with member boards, the ICC is understood to have repeatedly pointed out it remains among the leanest organisations in global sport and that its operations costs do not eat into overall profits and affect member distributions. Rising ICC costs, or the BCCI’s irritation with them, was one of the key drivers behind the Big Three takeover.

The BCCI is now freed of its post-Lodha compulsions and is back in proper administrative form. The objection to the extra tournament is a sign that muscles are getting ready to be flexed. Later in November when the BCCI holds its first annual general meeting since 2016, it is believed that a firmer and clearer stance vis-à-vis the ICC will also emerge.