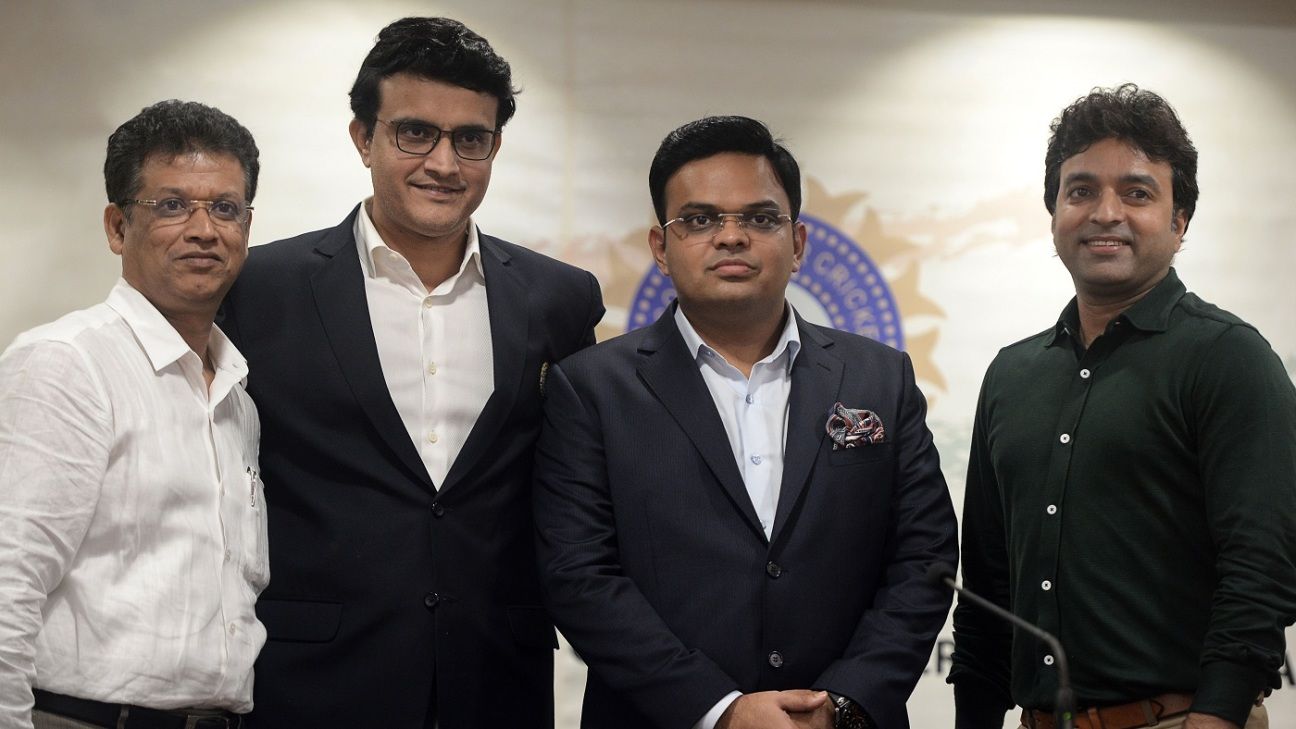 The BCCI’s newly elected administration has proposed several amendments to the board’s constitution which, if adopted, could undo some of the most significant reforms recommended by the RM Lodha Committee in restructuring the BCCI on the Supreme Court’s orders. They comprise: tweaking the cooling-off period of the board’s office bearers, modifying the disqualification criteria, giving unprecedented powers to the BCCI secretary, and stopping the court from having any say if the board wants to alter the constitution.

The amendments to the constitution – approved by the Supreme Court last year – will be voted on by the BCCI’s general body, comprising elected representatives of the state associations, at the board’s annual general meeting (AGM) in Mumbai on December 1. They need a three-fourth majority in the general body to be passed. However, even with the approval of the BCCI general body, the the board will need the approval of the court to alter the constitution to accommodate the amendments.

The amendments – seen by ESPNcricinfo – were finalised by the newly elected BCCI administration, led by former India captain Sourav Ganguly. The AGM notice and proposals were sent to the state associations on Saturday by BCCI secretary Jay Shah, who is the son of India’s home minister Amit Shah.

The following are the proposed amendments:

Amending the constitution: taking the Supreme Court out of the equation

The constitution says: Any amendment to the rules of the BCCI constitution will need a three-fourth majority of the board’s general body comprising all state associations. In addition, final approval will need to come from the Supreme Court for the amendment to kick in.

BCCI viewpoint: This requirement to amend the constitution was not part of the Lodha Committee recommendations and it was also not part of the “principal judgement” of the court, delivered on July 18, 2016. “By this provision the members’ autonomy and right to seek legitimate changes would every time have to be approved by the Supreme Court,” the BCCI said. “This is not practical.”

Proposed: The rules in the constitution can be “repealed, added to, amended or altered” by the three-fourth majority of elected and eligible representatives of the general body, with the court having no role in the process.

Cooling-off period: six-year terms for the BCCI president and secretary

The constitution says: An office bearer who has held any post for two consecutive terms (six years) either at a state association or in the BCCI, or a combination of both, shall not be eligible to contest any further election without completing a cooling-off period of three years. During the cooling-off period, the person cannot serve in any capacity at both the BCCI or state level.

BCCI viewpoint: The cooling-off period is a “restriction”, which is “proving to be a big blow to selecting talented and experienced hands”. The BCCI feels the cooling-off period must be applied only after the individual has finished six years at one place – the BCCI or the state association, separately. The BCCI has also said that the treasurer, joint-secretary and vice-president should be allowed to finish nine years as office bearer at the board at one go, instead of having to take the three-year break after two consecutive terms (six years) in the job.

Proposed: The two most powerful office bearers of the board – the president and the secretary – should be allowed to serve two consecutive terms (six years) solely at the BCCI before the cooling-off period kicks in. The person cannot return in any capacity during the break and/or contest any elections.

The constitution says: The secretary shall essentially record the minutes of key BCCI meetings, while delegating work to the joint-secretary.

BCCI viewpoint: The secretary has been reduced to a “mere minor functionary”, with his powers “curbed”, compared to the “powers vested in the paid executives”. The BCCI wants the secretary’s position restored as under the old constitution, where the CEO reported to him.

Proposed: The secretary will assume supreme powers in all matters including cricket. “The management personnel, the staff and the CEO shall work under the direct supervision, control and direction of the secretary,” the BCCI said.

The constitution says: A person can be disqualified as an office bearer or as a member of the IPL governing council or any other board committee or from being sent to the ICC as the board’s representative if he/she is: over 70 years old, is insolvent or of unsound mind, has finished a cumulative period of nine years as office bearer at the BCCI or state association separately, is a government minister or government servant or holds public office, is part of any other sport’s governing body, or has been charged of criminal offence by a court of law.

BCCI viewpoint: The disqualification criteria are “too wide”. If people with “sufficient experience” are not sent to ICC meetings, it fears, India’s position at global cricket’s governing body will recede. “In order to protect the interests of BCCI, which are being steadily eroded at ICC, people with experience of negotiation and personal interaction with other member nations should be made the representatives,” the BCCI said.

The BCCI also said some of the criteria needs to be relaxed for members of the IPL governing council because otherwise it would be “increasingly difficult to find able hands to guide and nurture the interests of IPL”, which it called the “most valuable property” of the board. It also disagreed with rule disqualifying persons having a criminal charge against them as being “more stringent” than that found in “the Representation of the People Act 1950”.

Proposed: The BCCI has proposed a different set of disqualification rules, one for the office bearers and members of the board’s apex council, and another for members of the IPL governing council and other board committees.

With regards to the office bearers and apex council members, the BCCI has retained some of the original rules, but has removed certain key disqualification criteria. This include: holding public office, which the BCCI said was too wide a definition. It has also proposed that if an office bearer has finished nine years cumulatively at the state association, he can still continue to serve at the BCCI. Also being a member of another sport’s administration should not be a deterrent, it said. And, if a person is carrying a criminal charge, he/she needs to be “convicted… and sentenced to imprisonment for a period not less than three (three) years” to be disqualified.

The same rules have been proposed for members of the IPL governing council and other board committees, with one addition: the age cap of 70 years will not apply to them.

The constitution says: The nine-member apex council, which has replaced the working committee, will supervise the functioning of the CEO, the cricket committees and all other committees in the board, barring the IPL governing council. The apex council will also have the powers to take action against, or defend for or against, an office bearer or official of the board.

BCCI viewpoint: The secretary should be the point man for the apex council and not the CEO as listed in the constitution.

Proposed: The apex council will oversee the functioning of the CEO as well all the committees through the secretary. Also, instead of the apex council, the secretary will have the powers to take action against, or defend for or against, an office bearer or an employee.

Daily management of the BCCI

The constitution says: This will be handled by the CEO and his team.

BCCI viewpoint: While the CEO will continue to carry out the daily administration, the powers should rest with the office bearers.

Proposed: The BCCI has said daily management will be conducted by the management team in both cricketing and non‐cricketing matters “under the direct supervision, direction and control of the respective office bearers”.