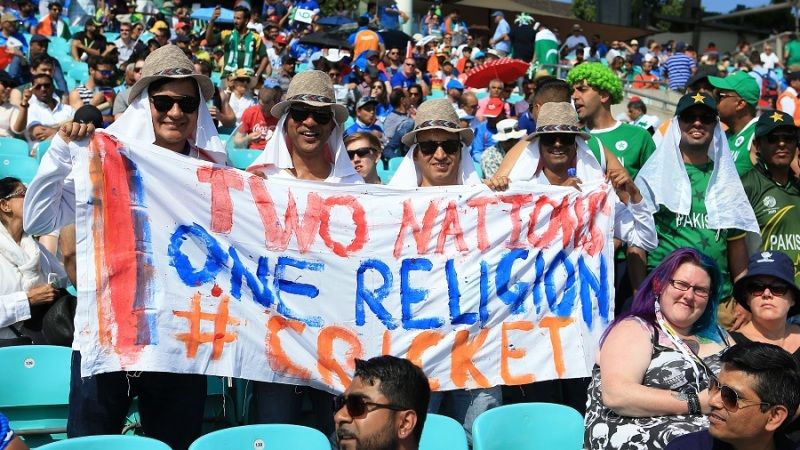 In a dramatic and unprecedented move, the BCCI has prepared a draft letter asking the ICC to ban Pakistan from participating in the upcoming World Cup. ESPNcricinfo understands the letter, which was prepared on Wednesday, will be discussed at a top-level BCCI meeting on Friday and then taken up with the concerned ministries of the Indian government.

In the draft, the BCCI argues that Pakistan should be banned from the World Cup on the charge that the country is supporting terrorism in India – the latest incident being the Pulwama militant attack where 42 Indian soldiers died after a suicide bomber rammed into their convoy in Kashmir.

The draft is believed to have been overseen by Vinod Rai, the chairman of the Committee of Administrators (COA), who asked BCCI chief executive officer Rahul Johri to address it to ICC CEO David Richardson and Steve Elworthy, the World Cup’s tournament director.

That the letter has not reached Richardson and Elworthy already is because Diana Edulji, the former India women captain and the other member of the CoA, wanted the matter to be discussed at Friday’s meeting before taking a final decision. Neither the letter nor the World Cup issue was on the meeting’s agenda, which was originally was going to discuss the IPL and other routine issues. Along with Rai and Edulji, Friday’s meeting will be attended by Johri along with the senior IPL and BCCI officials as well as the BCCI’s legal team.

Neither Rai nor Johri have made any public comments yet and neither has responded to ESPNcricinfo’s queries.

Edulji, who was in Delhi on Thursday to attend a hearing in the Supreme Court concerning the implementation of Lodha Committee recommendations, said all stakeholders including the Indian government would be consulted on the matter. “We will discuss the procedures to be followed and the way forward,” Edulji said. “We will consult the ministry of external affairs, ministry of home affairs and the sports ministry. We will also look at how things have been done in the past.”

The Pulwama militant attack has triggered a strong reaction from the Indian public and many, including prominent cricketers, have called for the BCCI to boycott playing Pakistan in the World Cup. India and Pakistan are scheduled to meet on June 16 in a World Cup group match in Manchester. This week, Elworthy revealed that close to half-a-million applications for tickets were received once the ballot was opened, easily the most sought-after game with twice the demand for the final on July 14.

At the event to mark the 100-day countdown for the World Cup, Richadson had told ESPNcricinfo that the ICC had not received any communication from either the BCCI or the PCB on the World Cup. He said the ICC would continue to monitor the developments.

The matter is not on the agenda of the ICC’s quarterly meetings, scheduled from Monday in Dubai. Johri will represent the BCCI at the chief executive committee’s meeting while the BCCI’s acting secretary Amitabh Choudhury will be on the ICC Board meeting, where the issue is likely to be taken up.

Quite how the process for banning a team at the request of another works is not clear. There is not known to be any clause in the ICC’s constitution that allows such a step; on the contrary, article 2.3 (H) states that “each Member [is] entitled (subject to meeting any relevant qualification criteria) to participate in certain Cricket events organised or sanctioned by the ICC”.

Neither would there appear any straightforward contractual method to do so. Under the Members’ Partnership Agreement (MPA) that governs the participation of Full Members in global events, and signed by all boards in 2015, it is contractually binding that all countries participate in these tournaments. Excluding one country would carry significant legal and commercial consequences. The commercial consequences of an India-Pakistan game not happening would also be significant.

Richardson had pointed out that if India wanted to forfeit points, the ICC would review the tournament guidelines and the MPA to ascertain whether it was for a justifiable or non-justifiable reason. It is understood that to make its case stronger, the BCCI would need a clear government directive even in the scenario of forfeiture.

Many of these issues are likely to come up during the CoA meeting on Friday, including whether the BCCI has the legal cover if it takes any drastic step. Another significant point is likely to be whether the BCCI’s three office bearers and by extension the several board members (state associations) were consulted, or should be consulted, before the BCCI takes a final decision. The members are the biggest stakeholders as they will eventually be back at the helm once the BCCI conducts fresh elections. Some heads of state associations have confirmed to ESPNcricinfo that they had not yet been consulted.