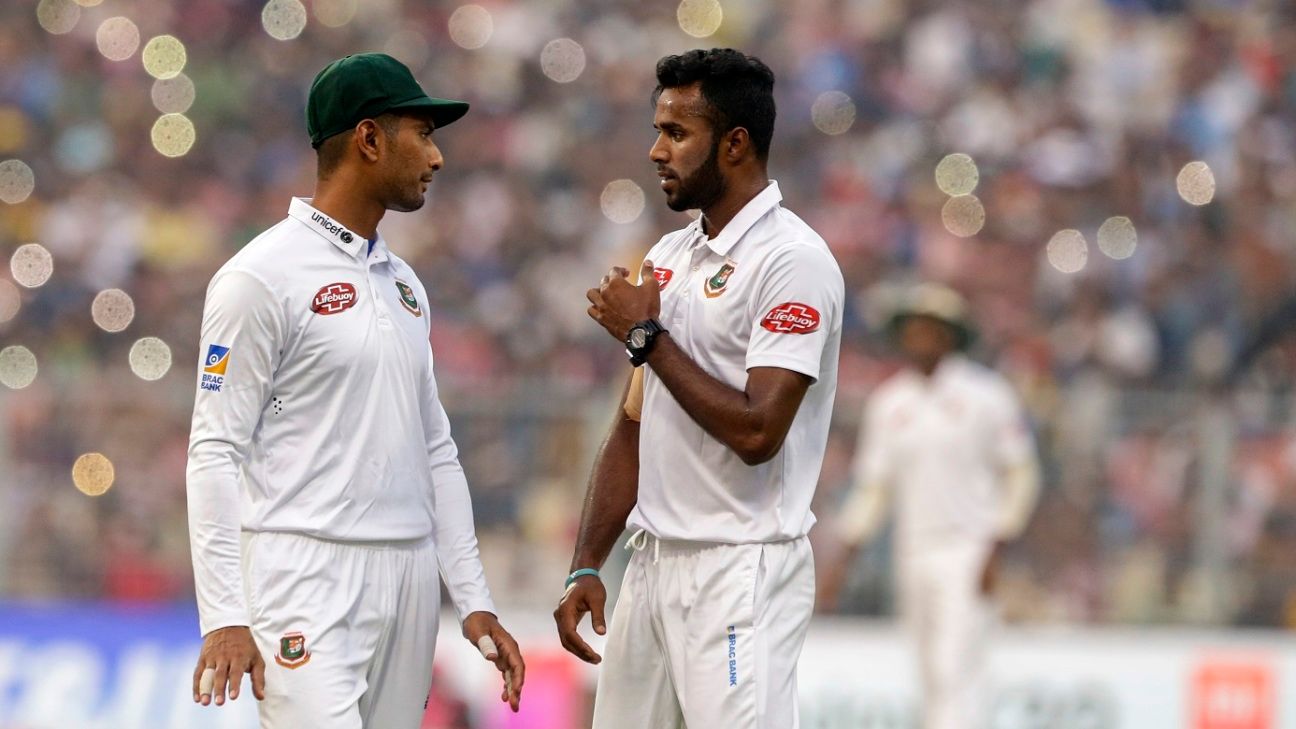 The Bangladesh Cricket Board (BCB) will know later this week whether the Bangladesh government will allow them to send the men’s team to Pakistan for a full tour in January, according to chief executive Nizamuddin Chowdhury. The decision to tour hinges on security assessments, which will be determined by the government, apart from the board’s own security team which has submitted a report recently.

Chowdhury was responding to a question posed about the Pakistan Cricket Board’s proposal to play a day-night Test during the tour. He said that the decision to play the day-night game is secondary for them currently.

“Before discussing the proposal to play day-night Test, we are awaiting the government directive because of the security issue in Pakistan,” Chowdhury was quoted as saying by Kaler Kantho. “We will need the government’s permission. We have to first see if we can go on this tour. We don’t have much time as the tour is scheduled for next month. We are hopeful that we can clear our position on the tour this week. We will know if we are going to Pakistan or not.”

ESPNcricinfo has learnt that the BCB are not quite keen on playing another day-night Test without giving the players enough match practice with the pink ball under lights. The current schedule would not allow the senior team time to prepare separately for pink-ball cricket, as the BPL ends on January 17.

The tour is scheduled for three T20Is from January 23, and the Test series has to finish before the PSL that is scheduled to begin on February 20, so like their maiden pink-ball Test in India last month, Bangladesh are unlikely to get an extra practice match before the proposed Pakistan day-night Test.

On the other hand, the PCB has been experimenting with day-night first-class cricket for the last eight years starting with the final of the Quaid-e-Azam Trophy in 2011, which was played with an orange ball in Karachi, and their Test side has played four day-night matches.