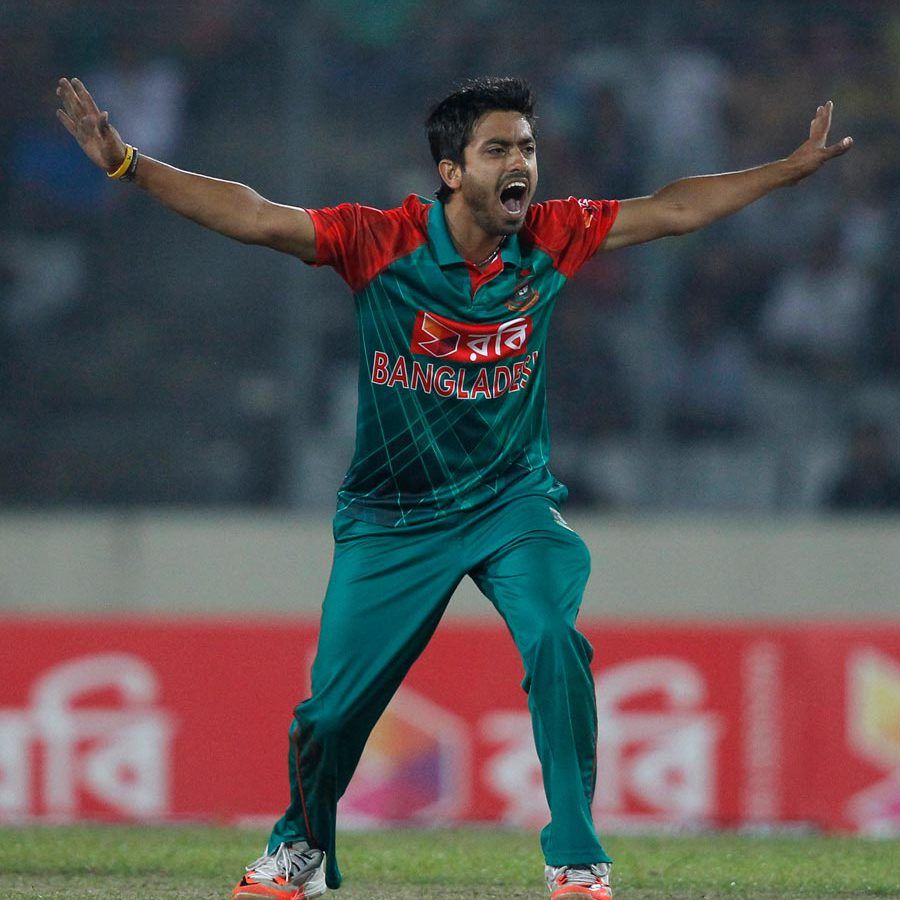 The BCB have dismissed two NCL coaches for failing to carry out the board’s directives. Rangpur Division coach Masud Parvez Razan didn’t pick Fardeen Hasan, and legspinner Rishad Hossain, while Dhaka Division coach Jahangir Alam also lost his job for not picking legspinner Jubair Hossain in the playing XI during the second round that began on Thursday.

BCB president Nazmul Hassan said both coaches have been issued with a show-cause notice for not picking the legspinners, with the BCB keen on implementing certain rules in domestic cricket to help strengthen the national side. ESPNcricinfo has learned that both Masud and Jahangir have already been replaced by Zafrul Ehsan and Mohammad Salim, as the Rangpur and Dhaka coach, respectively.

“We gave clear instructions to play legspinners in the NCL, but neither [Jubair Hossain] Likhon nor Rishad [Hossain] were picked in the XI in this round,” Hassan said. “We have show-caused two coaches from Dhaka and Rangpur for not selecting the legspinners despite being told to do so. We have to give them game time. How else can they improve otherwise?”

The BCB have already put in place a rule for quick bowlers and legspinners in the BPL, and Nazmul Hassan said batting orders too would be mandated based on the national team’s interest.

“They must have a legspinner in the squad and if he is a local, he must be picked in the best XI. Teams should also set a batting order which is consistent with how the Bangladesh players are suited or needed in international cricket,” Hassan said. “We will give preference to fast bowlers who bowl 140kph. You can call this season’s BPL as preparation, a trial for the World T20.”

This is the first time that the BCB has taken such drastic action against coaches for not picking a legspinner. Over the years, domestic sides in Bangladesh have mostly opted for left-arm spinners and offspinners, leading to a paucity of legspinners in domestic cricket that has been lamented by players, coaches and selectors. Jubair did make his international debut in 2014, but though he had the backing of Bangladesh captain Mashrafe Mortaza and then coach Chandika Hathurusingha, he didn’t get the same backing in domestic cricket.

The BCB has reportedly made it mandatory for first-class sides to pick legspinners in their XIs in the 2019-20 season. Minhajul Abedin Afridi, whom the chief selector first spotted as a net bowler in Chittagong last year, made his first-class debut in Chittagong Division’s previous match, while Aminul Islam Biplob, who made his T20I debut last month against Zimbabwe, made his debut for Dhaka Metropolis.

Hassan said that in keeping with their plan to troubleshoot weaknesses, the BCB have also put in place rules for BPL teams to pick a local or foreign legspinner in every game, as well as give preferable batting positions to Bangladesh batsmen, whether in the top or middle-order.

“They must have a legspinner in the squad and if he is a local, he must be picked in the best XI. Teams should also set a batting order which is consistent with how the Bangladesh players are suited or needed in international cricket.

“We will give preference to fast bowlers who bowl 140kph. You can call this season’s BPL as preparation, a trial for the World T20,” he said.

Hassan said that players will also require a fitness test to play in the Dhaka Premier League from this season, a first in the tournament’s history, while the bleep test level will be raised further next year. “We will raise the fitness level next year too but we will inform them at least a year in hand.

“Players have to pass fitness test to play Dhaka Premier League too, and all of them have to be done in Dhaka,” he said.

“Suggestions from the senior team’s coaching staff are being taken seriously,” Hassan said. “After the World Cup, our fielding coach pointed out that there’s a basic lack in fitness and understanding of fielding’s basics among our national team. Some of them can’t even throw properly. We are working on all the suggestions from the support staff. Initially we will stumble, but it is the best for the long-term,” he said.

Hassan said that the board’s focus is building a side by 2021, so that they have a settled group by the 2023 World Cup in India.

“We have been playing to win, but now we will do some experiments, as part of our long-term plan. Some of our decisions may seem different but by 2021, we want to build a solid team for the 2023 World Cup. A team that can serve Bangladesh for at least four or five years,” he said.